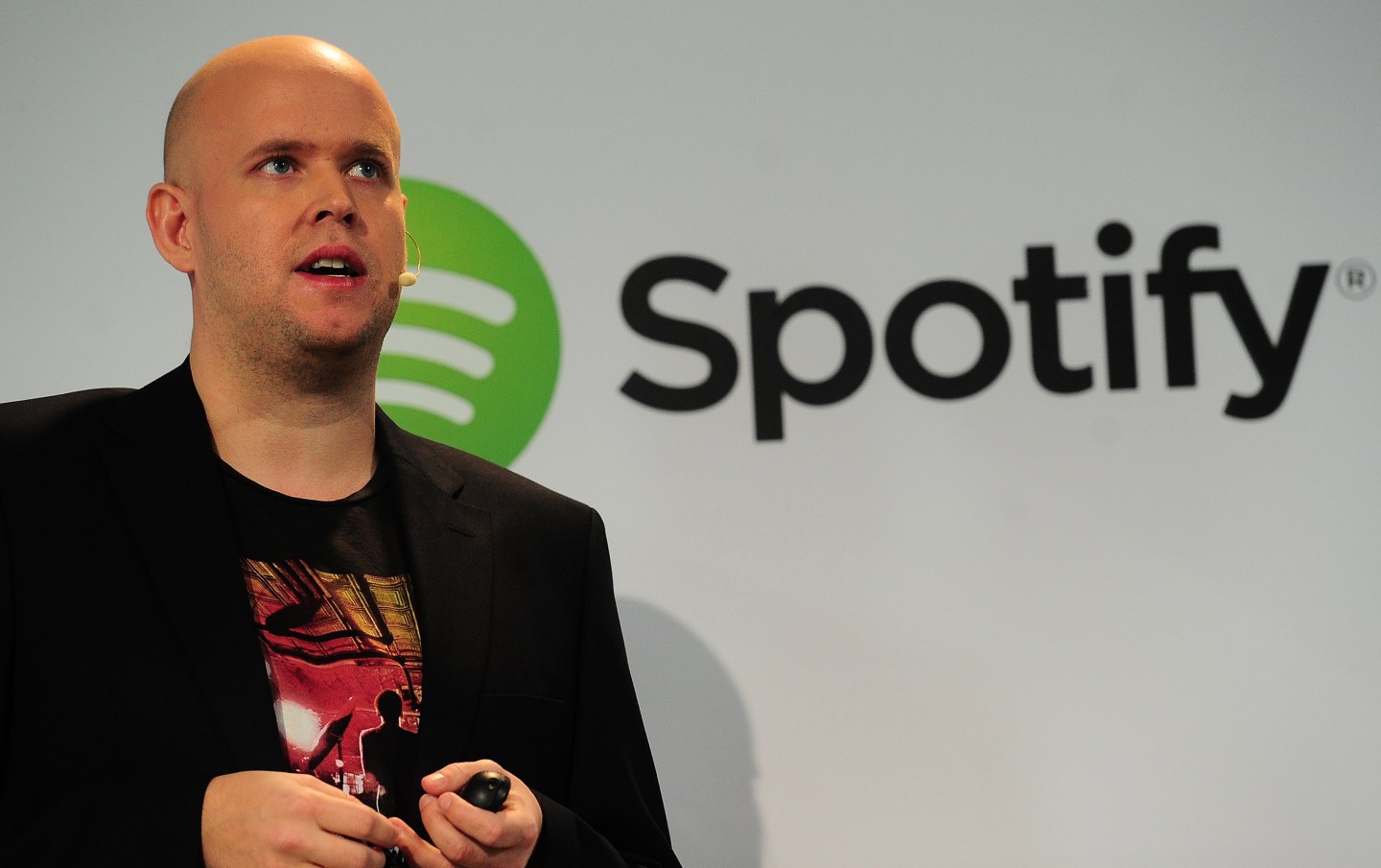 Spotify founder and CEO Daniel Ek addresses a press conference in New York, December 11, 2013. The music streaming service, Spotify, unveiled a new ad-based service for mobile and tablet users that will allow access to Spotify's song catalog for free. Ek also announced, that the Spotify catalog will now include the works of Led Zeppelin, the legendary band that until this deal had withheld its music from streaming services. AFP PHOTO/Emmanuel Dunand (Photo credit should read EMMANUEL DUNAND/AFP/Getty Images)
Photograph by Emmanuel Dunand — AFP/Getty Images

Spotify announced on Wednesday a spate of updates to its music streaming app that take the company far beyond selling only music.

Called “Spotify Now,” the company’s new service will offer videos and podcasts. The goal, founder and CEO Daniel Ek said during a press conference in New York, is keeping users happy. Happy users will listen to more music, he said.

The move comes as demand soars for high-quality digital video content. Emerging platforms like Snapchat (and its “Discover” feature), the heavily venture-backed Vessel, as well as Apple TV, Roku, Hulu, Facebook, and YouTube are all hungry for original video content. Where Google’s (GOOG) YouTube once had a near-monopoly on the market for digital video content, it now seems like a new video streaming player springs up each week. YouTube hasn’t been sitting idle as competitors court its star content creators—the company has reportedly offered cash bonuses to stars which sign long-term exclusivity contracts with the platform.

Spotify provided no details on how it would compensate video creators for the right to distribute their content. The company has come under fire for its payouts to musicians. Taylor Swift famously pulled her music from the site for that reason and Jay-Z launched his own streaming service, Tidal, with the goal of creating a more artist-friendly business model.

In addition to video and podcasts, Spotify announced a feature which tailors playlists to the pace of a runner’s stride, and a partnership with Nike (NKE). The company enhanced playlist functionality to be tailored to a user’s daily routine. As is the trend with many apps, Spotify will now allow users to swipe left and right for songs and playlists they like or want to dismiss. Call it the “Tinder effect,” after the popular dating app’s swiping functionality.

Earlier this week, Spotify announced a partnership with Starbucks which will include special playlists for Starbucks stores and various rewards “points” for Starbucks’ ten million loyalty program members. In February, Starbucks said it would stop selling CDs.

DJ Tiesto, a well-known electronic musician, took the stage to tout Spotify’s new running playlist functionality. Ilana Glazer and Abbi Jacobson, the stars of Comedy Central show Broad City, delivered a slightly awkward but charming speech about their show’s inclusion in the video streaming program. “If I’m being honest with myself, [Spotify is] one of my best friends,” Jacobson joked. The event was capped by a performance from D’Angelo and Questlove.