How the cable industry became a monopoly 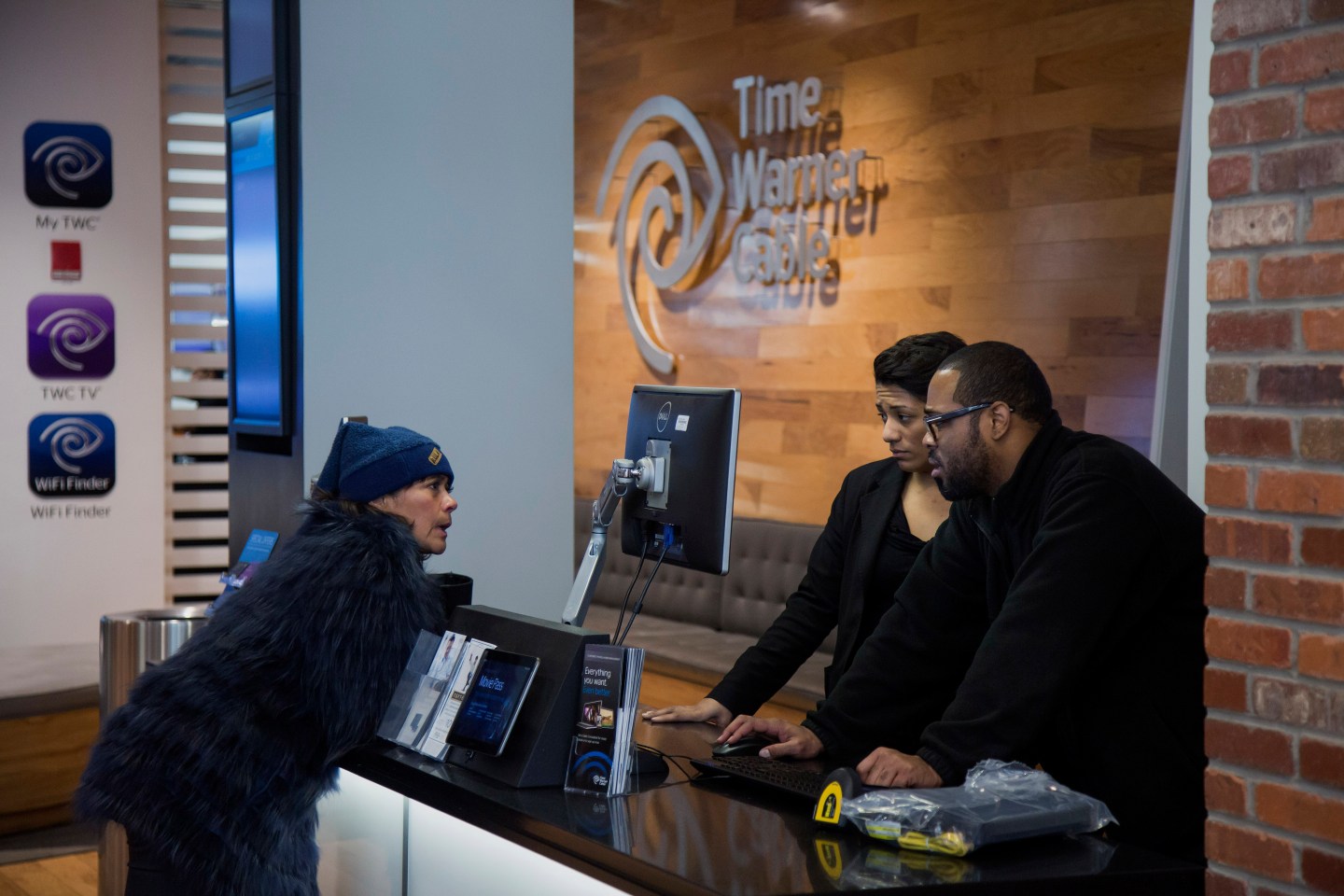 Relaxing on Mother’s Day earlier this month gave me time to think about the most important skill I learned from my mom: to always be a good listener. The cable industry, which now thinks of itself as the broadband industry (their annual convention was renamed the Internet and Television Expo), has not been a good listener.

In fact, the industry appears to be completely deaf to what has been coming out of Washington D.C. from regulators all the way up to President Obama himself. While in late 2013, we did not believe Title II reclassification of broadband (how the FCC regulates other telecommunication services such as the telephone) was necessary to protect the Internet and foresaw no meaningful regulatory issues with Comcast (CMCSA) buying Time Warner Cable, a tremendous amount has changed since then. The dramatic shift in the political climate and consumer sentiment drove us in late 2014 to view Title II broadband reclassification as inevitable, convinced us that Comcast/TWC would be blocked in February 2015, and now leads us to believe Charter Communications will not be able to buy TWC, not to mention the possibility that the Department of Justice may look to break up Comcast.

“Cable companies can’t decide what online stores you can shop at, or which streaming services you can use and they can’t let any company pay for priority over its competitors…For most Americans, The Internet has become an essential part of everyday communication and everyday life.” — President Obama November 10, 2014

“Without strong competition, [broadband] providers can (and do) raise prices, delay investments, and provide sub-par quality of service. When faced with limited or nonexistent alternatives, consumers lack negotiating power and are forced to rely on whatever options are available. In these situations, the role of good public policy can and should be to foster competition and increase consumer choice.” — President Obama January 14, 2015

“We recognized that the [cable] industry had changed and we saw concrete evidence of the new competition and business models made possible by highspeed Internet access: DISH’s Sling product, HBO Now, Sony Playstation Vue, CBS All Access, to name just some. In other words, we recognized that broadband had to be at the center of our analysis, and that video was, in essence, an application that flows over networks and that could be supplied both by the owners of facilities and by competitors that use broadband pathways to compete against the owners of those broadband pathways. This shift has implications for the industry at large…You [the cable industry] don’t have a lot of competition, especially at the higher speeds that are increasingly important to the consumer of online video…More competition would be better…History proves that absent competition a predominant position in the market such as yours creates economic incentives to use that market power to protect your traditional business in a way that is ultimately harmful to consumers…Your challenge will be to overcome the temptation to use your predominant position in broadband to protect your traditional cable business. The Internet will disrupt your existing business model.” — FCC Chairman Tom Wheeler May 6, 2015

Cable companies keep looking at industry regulation through a video-centric lens. Most Americans enjoy television, with the cable industry having invested heavily to extend the reach of over-the-air TV beyond the bounds of antennas. Given the reach of over-the-air TV and the proliferation of multichannel video competition to the cable industry (first from satellite, then telecommunications such as Verizon, AT&T, and now Google Fiber and Internet-based video providers such as Sling TV and Sony Vue), the risks posed by video consolidation are relatively minimal with the courts twice striking down legislation to limit marketshare held by video distributors to 30% of all US subscribers.

Regulators are now focusing on the implications for broadband Internet service when evaluating the industry’s consolidation, as FCC Chairman Tom Wheeler made clear at the 2015 Internet and Television Expo (INTX):

“It is important to understand that the tipping point from cable to broadband came while the transaction [Comcast/TWC] was under review.”

During Liberty Broadband’s first quarter earnings conference call, CEO Greg Maffei’s comments on a possible Charter-TWC deal made all too clear that the landscape has surely shifted:

“The fact that Charter has the highest beginning packaging at 60 or 65 Mbps, and has really raised the speeds at Charter I suspect faster than any other major cable company, would hopefully make them be viewed favorably by any regulator.”

Would the public benefit from a Charter-TWC merger? Maffei thinks so:

“A lot of what has to happen to build the best experience for consumers in the United States requires large dollars, and large scale, and efficiencies,” he said during the earnings call. “And the potential combination of some of these players will surely add to that.”

But there’s an inconsistency in Maffei’s two statements. Despite only having five million broadband subscribers, Charter has been able to offer best-in-industry broadband speeds. How do you square that with the follow-up statement that the “best experience requires large dollars, and large scale and efficiencies”?

Time Warner Cable has rolled out TWC Max, a far more compelling speed and price point for ultra-high end broadband than industry leader Comcast. The previous generation of cable mergers facilitated the analog to digital transition, spurred the growth of HD channels, and the emergence of broadband. Today, though, regulators are finding it difficult to see the consumer benefits of large-scale broadband consolidation, especially when weighed against the potential harm. This is particularly true in an environment where there really is no competition at broadband speeds above 25 Mbps, let alone 60 Mbps or 100 Mbps.

Remember, the primary argument in support of investing in cable stocks over the past five-plus years has been that the current “pipe” is so robust, it will not require digging up the streets again to add capacity. While the government clearly appreciates the investment the cable industry has made to build high-quality broadband access across the U.S., they are concerned that cable has built its way into a powerful position that is dangerously close to a monopoly. This will ultimately change as Google rolls out Fiber, AT&T (T) improves U-Verse by offloading video via, and municipal broadband efforts accelerate. However, for the next several years, if not longer, most Americans will have little to no choice for high-end broadband beyond their local cable operator.

Meanwhile, online video consumption is growing rapidly, posing a direct threat to the core cable video business. This has forced regulators to take a very active approach to protect consumers from the risk of poor broadband provider (ISP) behavior. So, whether you agree with the premise or not, you can see why regulators are so concerned about industry consolidation–such activity offers significant long-term risks and no clear consumer benefits.

The cable industry needs to start listening to these concerns before they try to force deals that the government does not believe are in Americans’ best interests.

Richard Greenfield is a media and technology analyst with BTIG Research, whose blog first published this post. He has no financial stake in any of the stocks discussed. Follow him @RichBTIG .