Is China’s housing bust bottoming out? 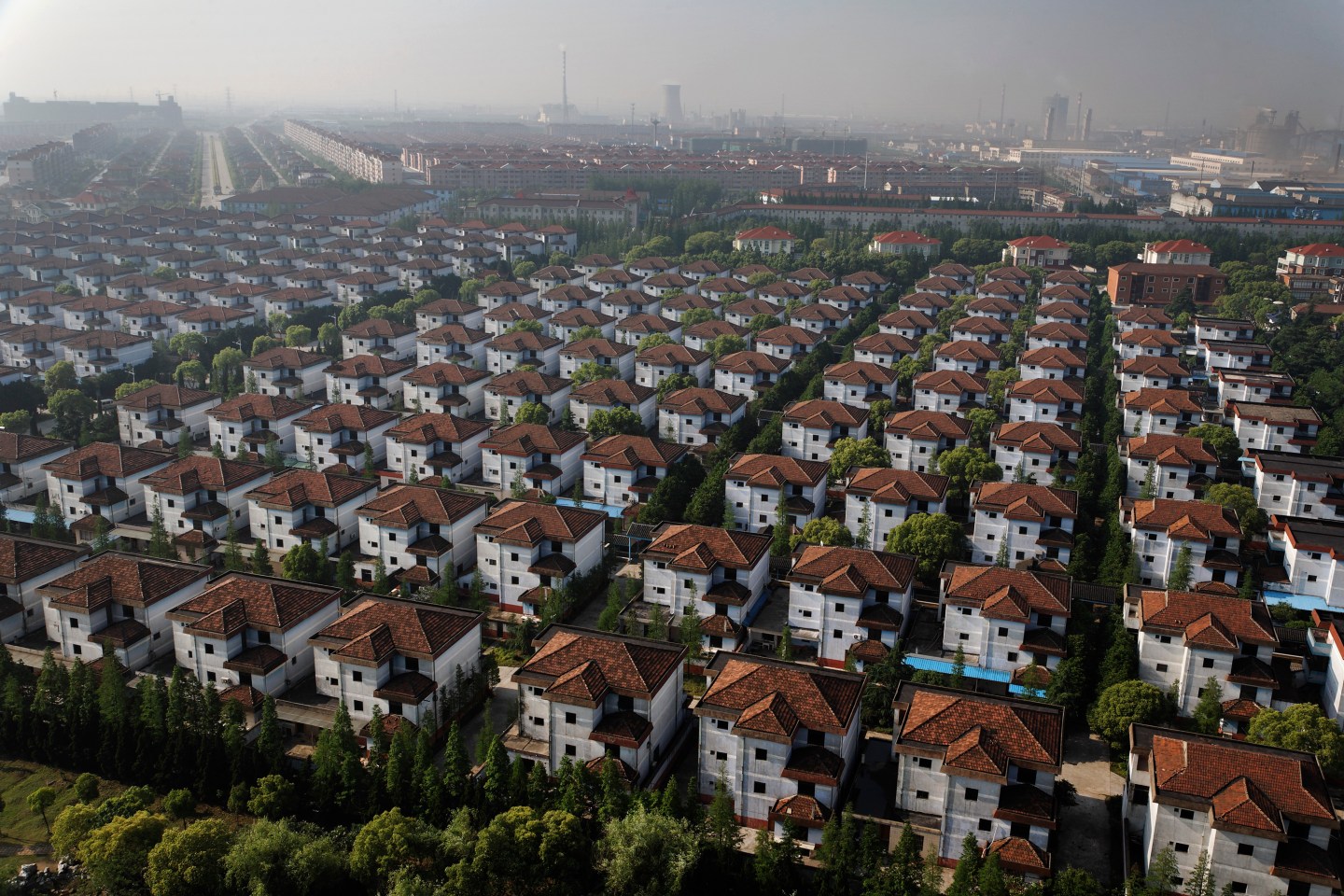 Huaxi Village (Farmers Village). This co op has been a model farm for 45 years. They were capitalists before it was fashionable in China. They started factories, but worked in them with no windows. And when the government officials came around, they sent all the workers out to the fields and hid the factories. They became the first and most successful capitalist exploitation of the collective. This model farm became so successful they started selling shares in the 60's. They sold the shares "underground" The residents now buy shares... or work for shares and that is what they buy their homes for. When shares were first offered, they went for 2000RMB, now they go for 30,000 RMB. I'm not quite sure how the government is involved... but they are... 30,000 officials visit this place to see how it is run every year. There are not many model farms left in China... none with this wealth. It is held up by the government as the most successful transition from farmer to socialist/capitalist world. The model farm runs about 80 factories. Party Secretary (Big Boss) is Sun Haiyan +86 139 0152 4019
Photograph by Randy Olson — Getty Images

Is the worst over for China’s bust real estate market?

Prices for new residential buildings have started to tick up in some the country’s 70 largest cities, including the capital Beijing, according to new figures out Monday.

The National Bureau of Statistics said that prices in April fell from March’s levels in 48 cities, but rose in 18. While that’s still a largely negative trend (and the prices declines in the 48 were on average bigger than the rises in the 18), it’s still better than the situation looked a couple of months ago, when they were heading down in all 70 cities surveyed. The dynamic was a bit stronger for existing home sales, where prices rose in 28 cities and fell in 34.

It’s the first-tier cities which are leading the way: Beijing, Shanghai, Guangzhou and Shenzhen all posted increases from March. But prices continue to fall in second- and third-tier cities. That’s a worry for the government because the regions where they are based are generally less able to carry the debt that they have taken on to develop new projects.

The housing market is arguably the single biggest factor behind the slowdown in China’s economy, as real estate and construction account for some 20% of gross domestic product, with knock-on effects on everything from steel bars and cement to household appliances. Growth slowed to its lowest annual rate in over 20 years last year, a ‘mere’ 7.2%, and many economists think it will fall short of the government’s target of 7% this year as well.

However, the figures suggest that the market may be starting to respond to a number of policy efforts to support it. In recent months, the central bank has cut interest rates and taken other measures to give banks more leeway to lend, while the government has loosened requirements on down-payments for second homes.

The commercial property market is also picking up. Sales of new floor space fell by only 3.1% in the first four months of the year, their strongest performance in over a year.

However, no-one is pretending that the sector is out of the woods yet. The NBS’s figures also show that the amount of land bought by real estate companies for development fell by 32.7% in the same period. That means crunch times ahead for local governments that have depended on such sales to finance their budgets. But at least it also means that the overhang of unsold properties might vanish before too long.