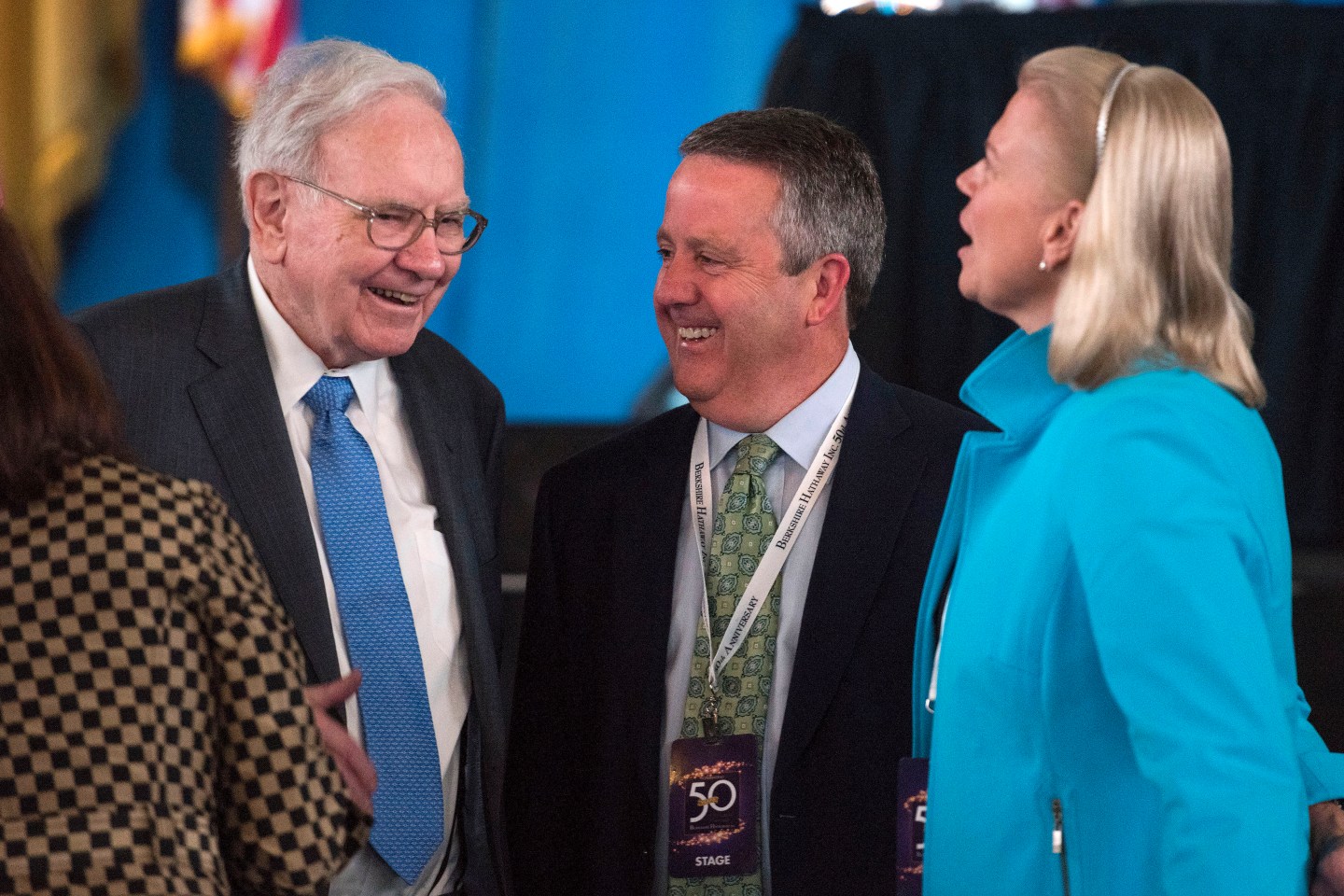 Warren Buffett isn’t backing away from his big bet on IBM. In fact, he is leaning in.

IBM’s shares were down by 14% last year, and some have questioned Buffett’s bet on the company. IBM has aggressively used cash to buy back its stock, a move Buffett has often criticized companies about. At Berkshire’s recent annual meeting, during the near day-long question and answer session, Buffett was pressed on his IBM investment. Buffett’s long-time investment partner Charlie Munger responded that IBM is a wonder company and that many of Berkshire’s best investments have had reversals in the past.

At this year’s Berkshire annual meeting, where Buffett’s many companies display their wares, often for sale, attendees could challenge IBM’s Watson to a game of Jeopardy, or taste food that was prepared using recipes created by the super computer.