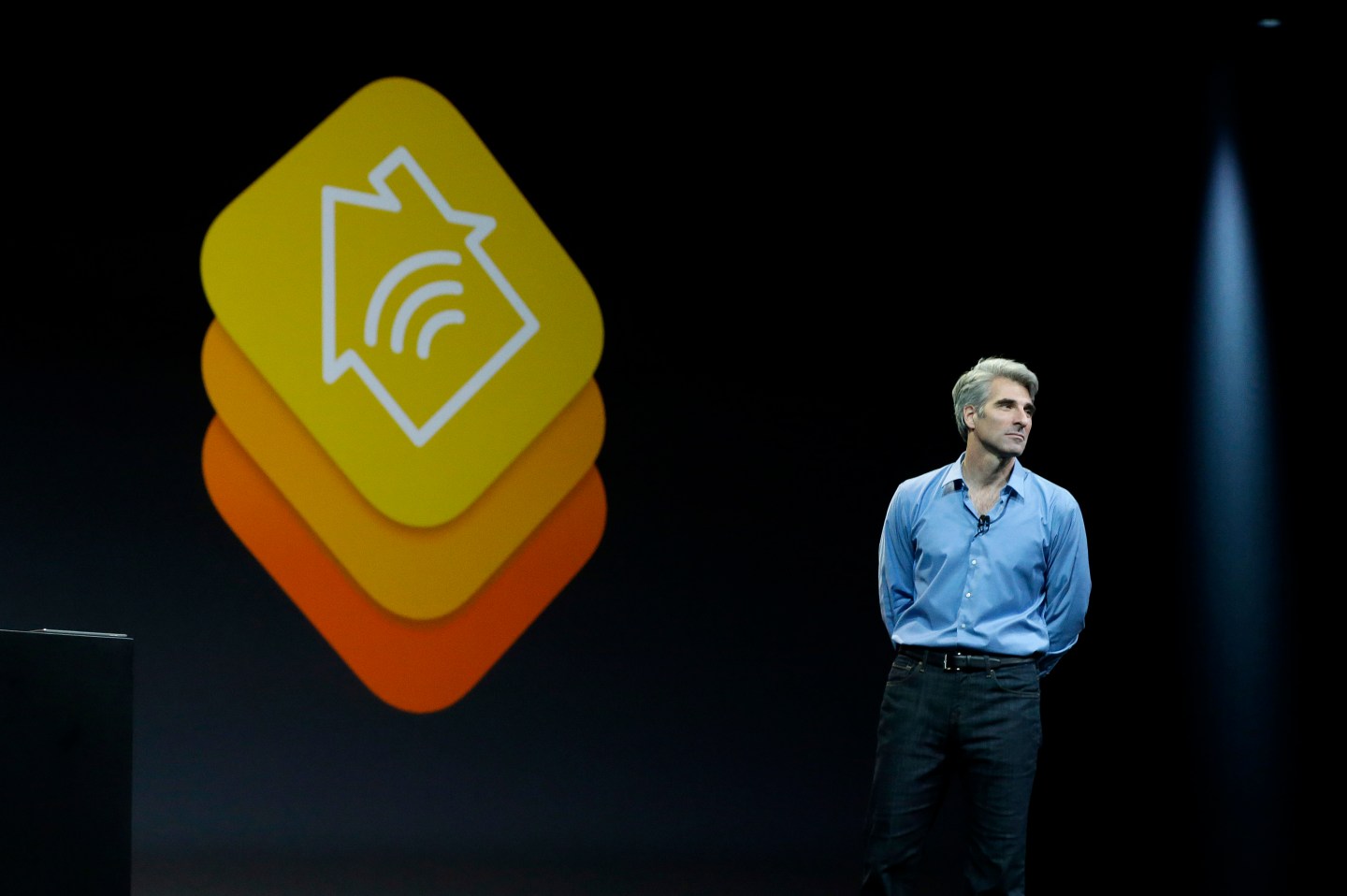 Apple fans awaiting the company’s home automation platform, HomeKit, may have to wait longer than expected for some of its features to appear on select partners’ devices. Sources participating in the program tell Fortune that the launch date for some devices has moved back from an anticipated May or June time-frame to something closer to late August or September.

To be clear, Apple has never announced a launch date for HomeKit, but partners had said during this year’s CES, the annual consumer electronics trade show, to expect something in spring. One partner had told Re/code to expect products in time for Mother’s Day or Father’s Day.

That has seemingly changed. Sources close to the situation say Apple (AAPL) is planning an announcement about HomeKit at its Worldwide Developer Conference next month, but has been struggling to stabilize certain aspects of the software. It appears that making it easy to sign in and get your devices (door locks, light bulbs, et cetera) online is much harder to do than Apple anticipated. One source says the code base associated with that part of the process “blew up” and required way too much memory for smaller, battery-powered devices, so Apple is trying to shrink the code back down to size. Lighting has also been a problem, the source says.

Apple announced the HomeKit platform almost a year ago at its Worldwide Developer Conference to much fanfare but with relatively little information. In fact, most of what we know comes from from leaks. For now, the basic information is that Apple is building out a platform that will let consumers control HomeKit-compliant products using Siri, its speech-recognizing digital assistant, or the notification screens of their phones, tablets, and watches.

At CES in January, electronics companies showed off plugs, light bulbs, and other gadgets that turned on with a quick tap on the iPhone notification screen. A consumer can also create “scenes” that combined several products together and let an individual control a group of lights or a group of products with a single tap. A good example of this might be an “away scene” that could lock your door and turn off your lights as you leave the house. Other products on the market offer similar functionality, but setting them up can require a more time-intensive process of buying different devices, making sure they work together with the hub you’ve chosen, and then programming it all.

Apple’s HomeKit promised to make the set-up process as easy as plugging in the device and putting it on the same Wi-Fi network as your phone. The user would still have to set up scenes but, again, Apple’s user-interface expertise would presumably make that experience a joy as opposed to a test of human patience. (As someone who has installed more than half a dozen home hubs and owns an Android phone, even I was looking forward to what Apple would do.)

But it looks like consumers will have to keep waiting.

HomeKit-certified products will rely on the Made for iPhone/iPad program to meet the security and standards associated with getting on the network. Vendors hoping to sell HomeKit products must apply for the program and use certified hardware in their products.

Recently, a bit of information trickled out as to how HomeKit plans to handle Bluetooth, the wireless protocol, which is important for the makers of light bulbs and smart locks (such as Apple HomeKit partner August). When Broadcom (BRCM) recently launched new software for its silicon, it said: “HomeKit devices will be able to bridge from a non-WiFi device such as a Bluetooth Smart light bulb to connect to a smart plug containing Broadcom’s software module, creating a bridge from the light bulb to the user’s HomeKit-supported app on their iPhone, iPad or iPod touch.”

Another question Apple has yet to publicly address: What role Apple TV will play in the HomeKit ecosystem. If the phone or tablet is the brains of the “smart” home, your home will become “dumb” once the owner leaves—bad news for any scheduled events or security monitoring.

At its developers conference next month, Apple is expected to address this with what observers believe will be an Apple TV refresh. Apple also plans to going to address HomeKit.

An Apple spokesman denies that there was any delay to the launch of HomeKit. “HomeKit has been available for just a few months,” he said, “and we already have dozens of partners who have committed to bringing home accessories to market. We are looking forward to the first ones coming next month.”

HomeKit has been available as part of iOS 8, Apple’s mobile operating system, which it made available to the public in September. But HomeKit hasn’t been accessible to consumers because the devices that support it haven’t enabled support for HomeKit within their applications.

Some of the devices that support HomeKit are on the market already; others will launch soon, according to the Apple spokesman. Sources participating in the program say they have so far held off on their launch plans and await word from Apple about HomeKit’s issues.

Apple appears to suggest that the launch has experienced no permanent setback and that consumers will receive what it promised next month. I’ll be waiting to see if that list matches up with the original list of partners from June 2014.

This article, including its headline, has been updated to include Apple’s statement and additional reporting.