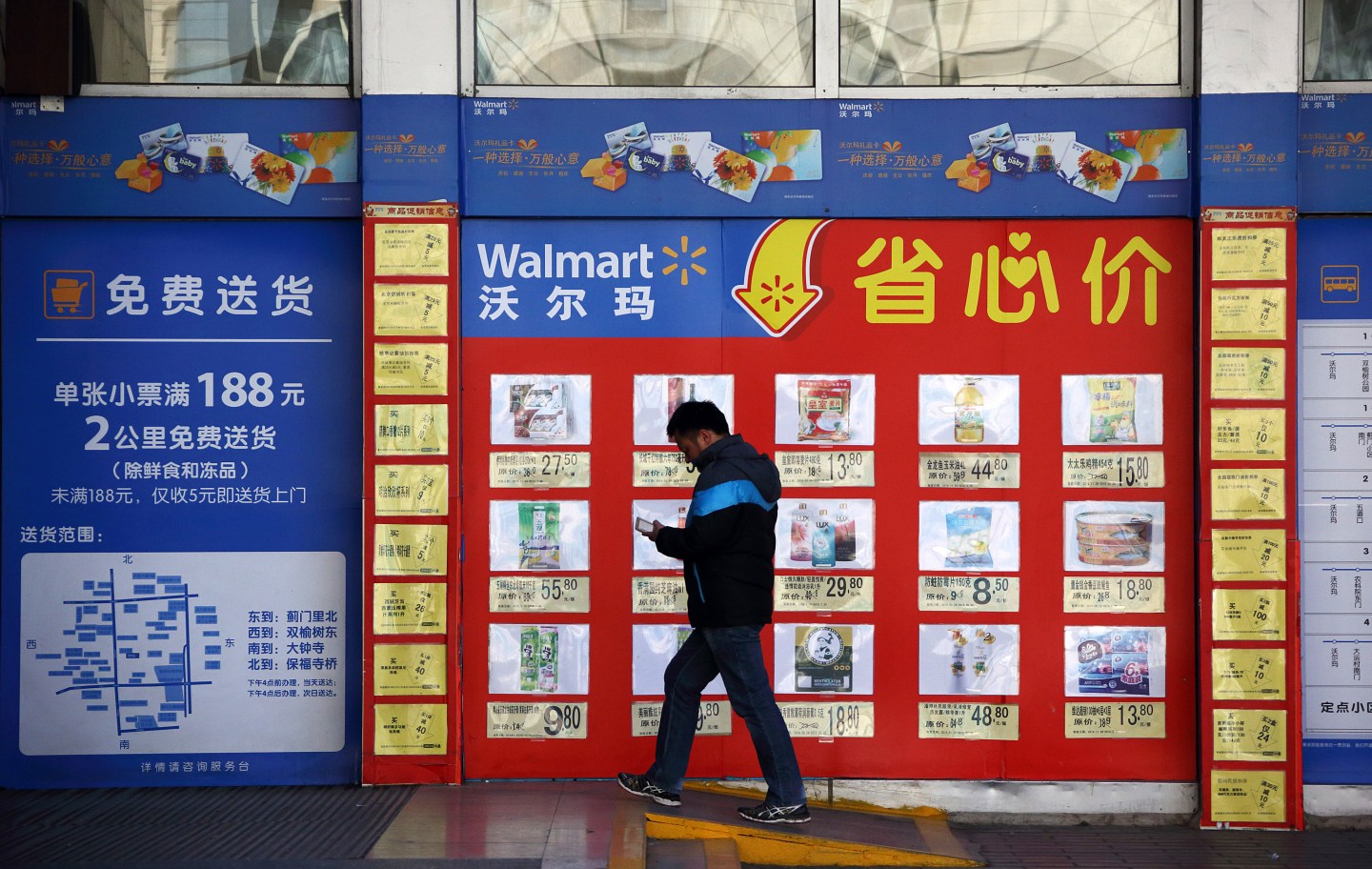 Wal-Mart Stores (WMT) is teaming up with Alibaba (BABA) to roll out the Alipay mobile payment service in China — its latest move to increase sales in a tough, but potentially lucrative international market.

Ant Financial, a financial affiliate of Alibaba, said on Wednesday that the partnership with the world’s biggest retailer would start with 25 stores in Shenzen, including one of its Sam’s Club locations, and be accepted at all 410 Wal-Mart stores in China by the end of the year.

The tie-up with China’s leading e-commerce company comes as Wal-Mart looks to dramatically improve its performance in the world’s most populous country. Last quarter, Wal-Mart’s net sales fell 0.7%, while comparable sales, which strip out the effect of newly opened or closed stores, were down 2.3%. Wal-Mart has grappled with the perception in China that its prices are not the lowest, among other challenges.

Wal-Mart CEO Doug McMillon told investors in February that the company is “taking the right steps to solidify a foundation for long-term growth.”

One of those steps has turned out to be working with China’s leading mobile payments service: last fiscal year, ended June 30, 2014, Alipay settled $788 billion in transactions, and had some 190 million active users for its mobile app as of last fall.

The Alipay deal won’t entail new capital spending by Wal-Mart. Its cash registers won’t need extra equipment to accept Alipay Wallet mobile payments, given that basic barcode scanning guns will do the trick. Customers will be able to check out by having their smart phones scanned.

“Alipay will help us serve our customers better by allowing mobile payment in seconds. Increasingly, our customers want convenience,” Wal-Mart spokeswoman Marilee McInnis told Fortune in an e-mailed message. This is all the more important given how prevalent mobile payment has become in a country with such limited credit card use.

For Alipay, working with the world’s largest retailer can help it increase adoption of the mobile payments service.
[fortune-brightcove videoid=4151951622001]

Last month, McMillon told journalists on a trip to Beijing that his goal was not to make Wal-Mart the biggest retailer in China, but rather the most trusted, eschewing a previous strategy anchored on aggressive store expansion. So the company is pulling back on the pace of store openings and in fact is closing many underperforming stores in China.

The retailer, which first came to China in 1996, plans to open to open 115 new stores by 2017, which would bring its store count in China to 530 locations. By contrast, Wal-Mart has nearly 5,200 in the U.S. across its various banners.