Shared ownership: A solution to the affordable housing conundrum? 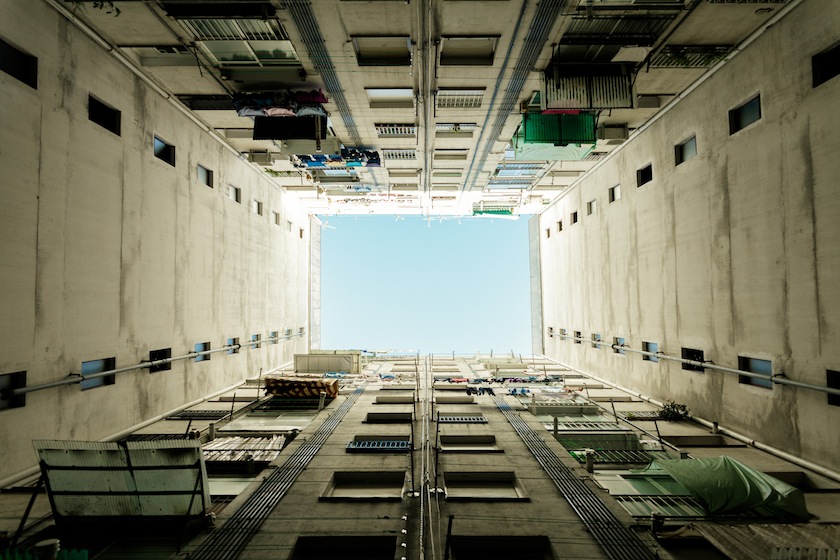 Consider the conundrum of Spain’s housing market: the country has tons of empty housing—about 3.4 million empty residences, including about 440,000 unsold new ones—and yet it has a housing problem because the empty units are either in the wrong place or just too expensive for Spaniards still recovering from the country’s economic crisis.

Building a bunch of affordable rental housing is one obvious solution, but that takes a lot of time and money.

So what do you do?

Sergio Nasarre thinks he has at least part of the answer. A law professor and head of the housing center at the Universitat Rovira I Virgili in Tarragona, Nasarre is part of a group that wrote legislation, now under consideration by the regional government of Catalonia, that would allow for partial and temporary home ownership. This system of “shared” home ownership is inspired in large part by programs that have existed in the U.K. for over three decades.

Here’s how it works: In a partial ownership system, a person purchases a portion of a property (say, 25%) with a down payment and mortgage, and then buys more shares as he can afford to, eventually getting to full ownership. He pays rent to the seller on the part he does not yet own.

In a temporary system, buyers purchase a certain number of years (from six to 99, in Nasarre’s system) from a seller who doesn’t want to sell a property but doesn’t expect to use it until, say, his children grow up.

In both systems—which can be combined—the buyers would have all the rights and obligations of owners: taxes, maintenance, and subletting.

As in the U.K., the shared ownership model promoted by Nasarre is aimed at making homeownership available to people stuck in the middle, especially “key workers” like nurses and teachers who need to live in expensive areas and want to build equity.

“It’s for working people who can’t qualify for subsidies and can’t afford mortgages for a 100% buy,” he says. “There are a lot.”

According to data from Spain’s polling bureau, the Centro de Investigaciones Sociológicas (CIS), about 38% of Spanish households take home between €1,200 and €2,400 per month. That’s the target demographic for a shared ownership program, Nasarre says.

But are these programs the solution? According to researchers who have studied the British experience, the answer is, well, not entirely.

“The model, in theory, is good, but in practice, doesn’t really work,” says Anupam Nanda, an associate professor of real estate economics at the Henley Business School at the University of Reading, who recently co-wrote a study on the subject.

According to Nanda and his co-author, Gavin Parker, the chair of planning studies at the school, the problem with shared ownership is that its marketing and its reality don’t match.

Shared ownership is generally sold as a way to help working people go from being renters to homeowners. But while buyers of partial ownership are expected to expand their share and eventually buy a property outright – to “staircase,” in U.K. parlance – very few actually do.

“Government continues to think it’s good because it helps them claim they’re doing something about the problem of housing affordability, because the entry cost is lower,” Parker says. “But what happens to the people once they’re in?”

The vast majority remain partial owners, Parker says, because the total costs make saving up to purchase the property very difficult, and selling a shared ownership can be especially difficult in weak property markets.

According to a report from the Cambridge Centre for Housing & Planning Research, between 2004 and 2011 the percentage of shared owners who staircased to 100% ownership ranged between 0.9% and 3.4% a year. The rest remained in a sort of real estate limbo, where they neither really owned nor rented but suffered the downsides of both (the need to pay upkeep, the lack of landlord service, rent that rises over time, the inability to profit from most of the property’s increase in value, etc.).

Buyers get stuck because the people who buy into shared ownership do so precisely because they can’t afford to buy a whole property, and probably won’t ever, says Anna Clarke, who co-authored the Cambridge report.

“Most people get the maximum mortgage they can, so unless you have massive wage growth or marry a rich partner it’s not likely that you’ll be able to staircase to 100%. If property prices rise, then the share you don’t own moves up in price too, so the gap to full ownership grows,” says Clarke. “Buyers are often quite frustrated and dissatisfied.”

There are, of course, differences between the U.K. and Spanish situations. In the U.K., there is an urgent need for housing, so non-profit associations build houses and condos specifically for shared ownership. In Catalonia, as in the rest of Spain, the problem is more a matching issue between existing housing and buyers with modest incomes.

With that in mind, Nasarre says the shared ownership model in Catalonia would be attractive to private sellers as a way to profit from unused properties.

That might be a hard sell for many private owners, however; under the proposed legislation, Nasarre says, the seller gives up all rights, including the right to approve subletting, even if he only sells a minority portion of the property.

“The seller’s only right is to collect rent. He cannot decide anything related to the property,” Nassare says. “The buyer has all rights, but has to pay all taxes and other costs.”

As Parker and Nanda note, this raises a slew of questions. What does it mean to “own” a property? And would an owner of 25% take good care of a property?

Of course, those issues, like questions over prices, rental costs, and rights, will be answered in the market and through the contract terms between sellers and buyers. The legislation will be debated this month and should be passed by October, Nasarre says. Whether the system can succeed in Spain will then become clear.