In Spain, plenty of eager renters but not enough housing 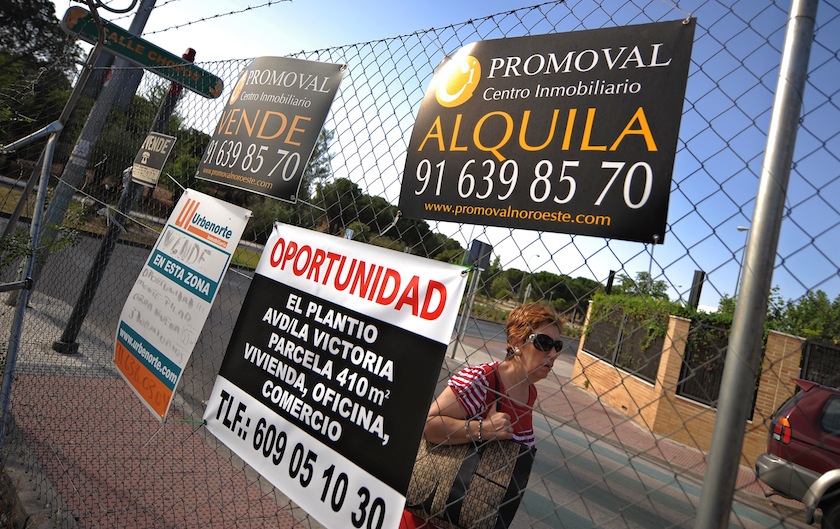 Seven years after its real estate bubble popped, Spain still has around half a million unsold new homes.

But international property funds and local real estate investment trusts are eager to invest in new Spanish construction. That’s because the boom left the country with a glut of poorly located bedroom community and vacation homes, but it didn’t anticipate Spain’s sudden appetite for urban rental housing.

To meet that demand, Spain will have to invest more than €115 billion (about $130 billion) to build one million new rental units to add to the two million it already has. That’s according to Concha Osácar, co-founder of Azora, an investment firm that manages 12,500 rental units and is the largest institutional real estate manager in the country.

That’s a lot of building. But if Osácar’s prediction is even close to accurate, this could increase Spain’s labor flexibility and help its downtrodden construction industry (and profit the management funds that run the rentals, of course).

Even for southern Europe, Spain had an extremely strong culture of real estate ownership. In 2007, according to EU stats, 80.6% of the Spanish population lived in a home they owned, a few points above the levels in Greece, Portugal, and Italy. That’s way above the 50-60% ownership rate in places like Austria, France, and Germany, or the 64% currently in the U.S.

But the real estate tide has begun to turn. While ownership is still high, between 2007 and 2013 the Spanish population living in rentals grew from 19.4% to 22.3%. (Ireland, which also went through a real estate boom and bust, saw an even bigger growth in renting.)

The change has been most pronounced among young and urban Spaniards. The portion of people under 30 living in rental housing has grown from 38.1% in 2007 to 49.4% in 2011, according to Spain’s Ministry of Development. And in Madrid, the population of renters has grown from 9% in 2000 to 25% today, says Fernando Encinar, co-founder of the real estate portal Idealista.com.

What’s driving the move to renting? For starters, Spain’s economic collapse and spiking unemployment killed the mortgage market and put buying out of reach for many wannabe homeowners.

But the crisis has had long-term sociological effects as well, especially among Spain’s young people. The precarious job market made the idea of being tied to a house unattractive to the many people who began to realize that they might have to relocate for work. And the collapse in real estate prices—down almost 45% since 2007, according to real estate portal Fotocasa.es—shattered the once-invincible image of homeownership.

Beatriz Toribio, head of research at Schibsted Classified Media, Fotocasa’s parent company, says you can see the change of mentality in Fotocasa surveys, which show that the number of Spaniards who believe renting is throwing away money has fallen from 3-in-5 to 2-in-5 in recent years.

“The idea that the price of houses never went down is now broken,” says Idealista’s Encinar.

There are regulatory issues as well. In June 2013, Spain changed its rental regulations. Specifically, the law’s preamble stated that the goal was to increase labor flexibility and reduce Spain’s number of owned but empty homes (at a scandalous 3.4 million, the highest in Europe). According to a study from Spain’s Central Bank, inter-regional labor mobility was twice as high in countries with larger renting populations, like Germany and France, than in “owning” countries like Spain and Italy.

To entice owners to become landlords, Spain cut the rental contract length from five to three years, and made it easier to evict tenants. Fernando Encinar of Idealista says that evicting a non-paying renter, which used to take 18-24 months, now can be done in four to six.

The rise in eager tenants and landlords has juiced the market, but Spain now needs rental units.

Investment in real estate doubled between 2013 and 2014, to €10.5 billion, according to CBRE Spain. But while there were several large investments in residential portfolios in 2013—Blackstone Group bought 1,860 units for €125.5 million and Goldman Sachs and Azora partnered to buy 3,000 more for €201 million—the amount invested in housing portfolios fell in 2014, from €924 million to €629 million.

The problem, according to Azora’s Osácar, is finding rental assets big enough for funds to buy. Right now, the Spanish rental market is “atomized.” That is, the rental units are spread around, not grouped in the kind of large rental buildings that investment funds like, says Patricio Palomar, ‎head of research and investment strategy at CBRE Spain.

“In Spain, there is no established market for the type of rent-only buildings known as multi-dwelling units in the U.S. In the U.S., Germany, the Netherlands, and the Nordic countries, it is much easier to find them,” he says.

Getting to the million units Azora’s Osácar says the country needs, then, will require investors to put up money to have them built. There are certainly signs of interest: Last year, when Azora launched Hispania Activos Inmobiliarios, a Spanish REIT, to take advantage of the downtrodden real estate market, investors George Soros and John Paulson each invested €92 million.