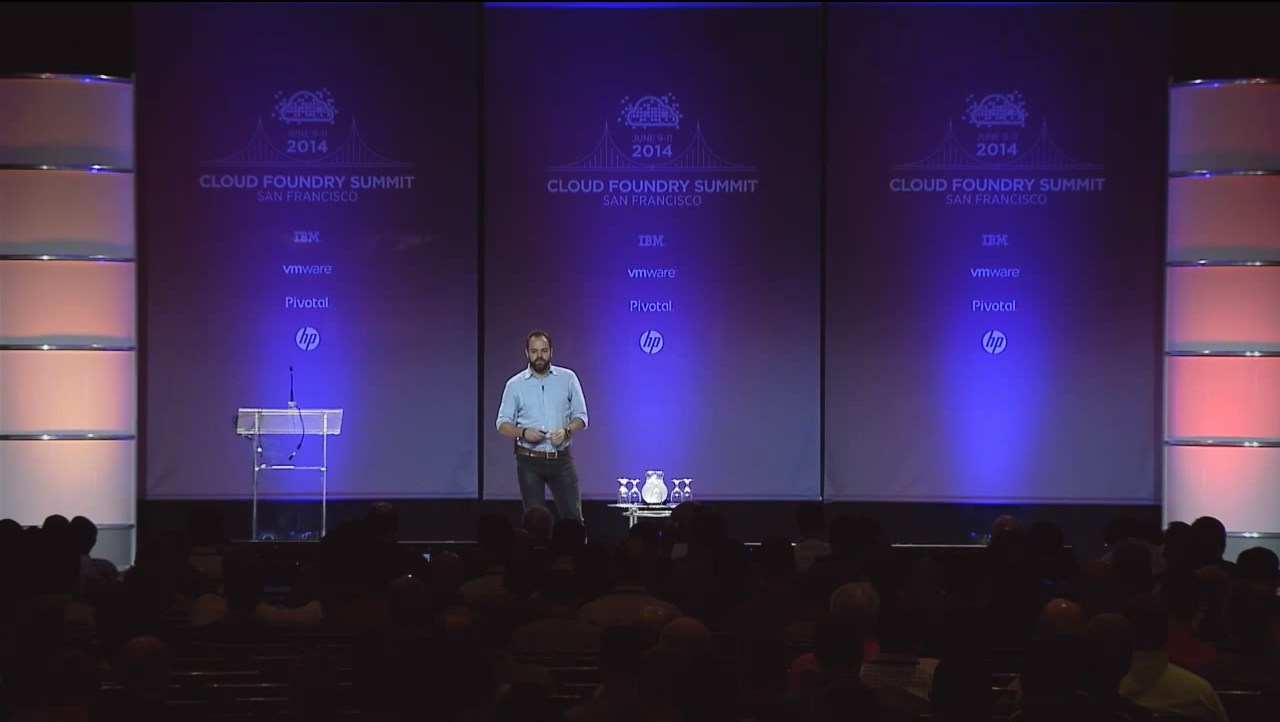 It’s getting harder for large companies to write the custom software they need to run and prosper in an era where they need to connect to customers (and potentially devices) worldwide. If you log into an online system to pay bills or select healthcare benefits, you’re likely using the new-age applications that these companies need to design, build, test, and deploy quickly and with minimal hassle.

This week in Santa Clara, Calif., a gaggle of tech vendors will gather to sing the praises of Cloud Foundry, a common set of tools called a “platform as a service” that aims to enable this modern type of development. Like the Linux operating system and OpenStack cloud framework before it, Cloud Foundry is an open-source project, meaning that the software and documentation is available to anyone as long as changes made are submitted back to the broader group.

“Most enterprises have developed systems that are difficult and expensive to deploy and operate, where cloud-native companies have invested in automation and architectures to make those problems go away,” says Andrew Clay Shafer, senior director of technology for Pivotal, a spin-out of EMC (EMC) and VMware (VMW) that offers a commercial version of Cloud Foundry.

“Cloud native” companies use modern tools to build software that is a set of tiny components or microservices that work together as opposed to the big, monolithic applications of yesteryear. These new companies are not bound by decades-old processes and gear.

“You can’t hope to continuously deliver software or operate microservices at scale if deployment is time-consuming and error-prone,” Shafer says. “Standardizing the platform and architectures which adhere to that cloud native platform contract makes deploying software a boring non-event so organizations can focus more resources on creating value and less on undifferentiated heavy lifting.”

All these Cloud Foundry vendors—Pivotal, IBM, Hewlett-Packard (HPQ), ActiveState and others—pledge to support that core foundation but also add their own secret sauce to their branded version.

“We will cooperate on interoperability and compete on execution,” said Angel Diaz, IBM (IBM) Software Group’s vice president of cloud architecture and technology. In theory, that means that IBM’s Bluemix version of Cloud Foundry will work with Pivotal’s Pivotal CF, which will work with the HP Helion Development Platform. As always, the proof will be in the pudding.

The Cloud Foundry Summit will showcase many of these vendors but, more importantly, several actual users of Cloud Foundry, including Pivotal customers Allstate Insurance, Garmin, Humana, and Comcast. IBM customers Gamestop, Mindjet, and Cognitive Scale will also be in attendance.

In other words, there will be a lot of posturing in Santa Clara, with competing vendors talking up the generic platform while also stressing that their particular version is the best, prettiest, or most cost-effective.

IBM claims that Bluemix is attracting 8,000 new developers every week. IBM and HP both tout new support of Microsoft Windows-oriented, or .Net, applications although that support, along with new support for the popular Docker container technology, was added to the core Cloud Foundry code. Since many companies run a ton of Microsoft as well as Java software; if they want to meld the old with the new, this support in Cloud Foundry is important.

Also among the announcements: Mirantis will re-sell Pivotal CF and make sure it works well with the OpenStack framework, and Dell Digital Services will offer professional support for the Pivotal product.

As many players as there are stirring the Cloud Foundry pot, there are other contenders for this business. Red Hat (RHT) backs its own OpenShift for enterprise cloud development. And Salesforce (CRM) owns Heroku, a trail-blazer in this market, as well as its own Force.com. Microsoft Azure and Amazon Web Services offer some of these capabilities as do a handful of smaller companies like Apprenda. Two weeks ago, Microsoft announced plans to support Cloud Foundry on Azure.

Use of these platforms may be gaining steam as more big companies realize they need to be faster and more nimble, but also want very tight control over when and if critical applications go into production, said Steve Hendrick, principal analyst at research firm ESG.