How tech can stop the looming food crisis 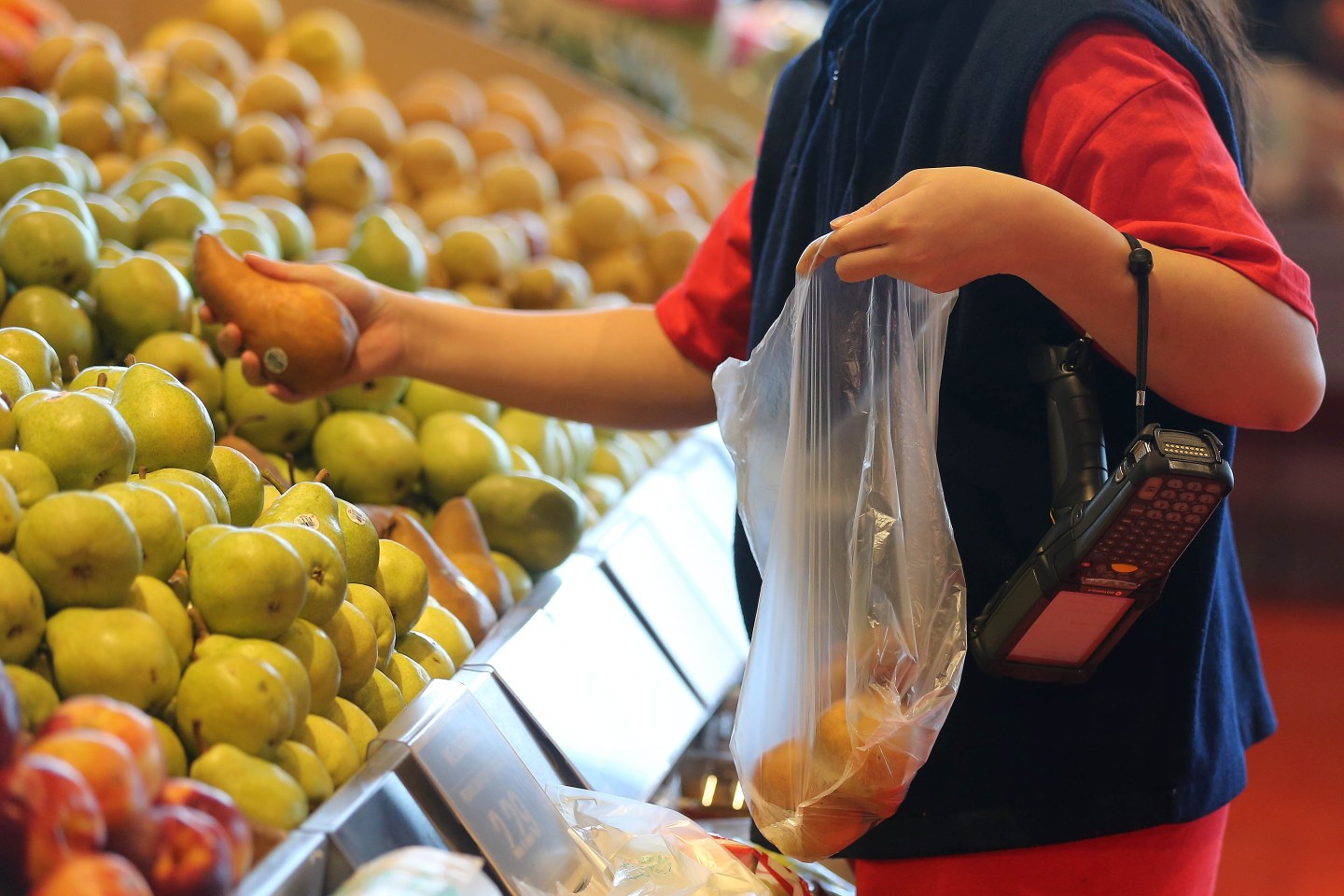 TORONTO, ON - MARCH 9: Click and Collect shopper getting an order ready selects fruit. Loblaws on Monday released more detail about how it plans to spend $1.2-billion on infrastructure in 2015, and the plan includes 50 new stores along with renovations to stores like this one at Leslie and Lake Shore and 20,000 jobs, including 15,000 in construction. (Steve Russell/Toronto Star via Getty Images)
Photograph by Steve Russell — Toronto Star via Getty Images

The world’s population is expected to increase from 7 billion today to 9 or 10 billion by the end of the century, according to the United Nations. We also can expect more pressure on the food supply as people in the developing world adopt middle class lifestyles, which usually involve eating more meat. To satisfy global demand, we will need to roughly double today’s output, which means getting smarter about how we produce and manage food.

The good news is that innovation is coming to the farm. Advanced information technology, improved communications systems, robotics, drones, and other new technologies have the potential to boost agricultural yields and reduce waste while tempering environmental degradation.

In the past, the world fed a growing population largely by cultivating undeveloped land and increasing agricultural inputs, including fertilizer and water. These are not very good options today. Clearing more land for agriculture now often means destroying rainforests and other valuable natural areas. Adding inputs makes sense in some poorer countries, where fertilizer and other resources are underutilized, but in most parts of the world, this strategy will mean heavier nutrient loads in waterways, depleted water supplies, and higher greenhouse gas emissions. Genetically modified crops have helped to boost production in recent years, but it appears that this strategy too may have limits – certainly political and possibly biological.

If our best chance of escaping a future food crisis is innovation, then an obvious place to look for solutions is food waste. No one knows for certain how much food the world wastes, but it seems that somewhere between 30% to 50% of the food we grow around the world goes uneaten. Waste occurs at almost every point in the chain—from farm to truck to warehouse to grocer to restaurant to household kitchen.

On farms in many parts of the world, food spoils because cold storage and transport are inadequate or non-existent. An obvious answer would be to install refrigeration in more farms, trucks, and warehouses, but this can be very costly. Another more economical approach is to equip farmers with better information and communications tools—smartphones are an obvious choice—so that farmers have information about markets at their fingertips and can better plan their harvests and distribution.

At the other end of the supply chain, retailers often find themselves with food that is bruised or otherwise unattractive but still edible. New IT and communications devices could help to connect this food with people who could use it. A pair of MIT Sloan students recently launched Spoiler Alert, a website, smartphone app and online marketplace that finds good uses for spoiled, expiring, and excess food.

Spoiler Alert and similar approaches enable food banks and other poverty-focused organizations to find out about these products and claim them. And if food truly is unfit for human consumption, it can be directed to places that want it for animal feed, fermentation, or biofuels. This year’s MIT Sustainability Summit, on the theme of Farming, Food, and the Future, focused on these “circular economy” approaches to food system strains.

Another way that innovation helps on the farm is in managing agricultural inputs. For the past dozen years or so, farmers have used tractors equipped with GPS and computers to collect data on how much fertilizer, water, and seeds are delivered where. The next generation of devices and systems includes robots that can move along rows of crops and identify where inputs are needed. Drones can gather similar information through high-resolution thermal and visual imagery.

These and other innovations will make agriculture more precise, which will increase yields and reduce inputs. But like earlier agricultural revolutions, this one too will find its limits. For agriculture to be truly sustainable, we will need to take a hard look at deeply ingrained attitudes and behaviors. For example, might Americans re-think a diet that includes meat twice a day every day? As wondrous as innovations in agriculture may prove to be, there are cultural challenges they will not be able to overcome.

Jason Jay is Senior Lecturer and Director of the Sustainability Initiative at the MIT Sloan School of Management.