GM is investing billions in its U.S. plants. Here’s why 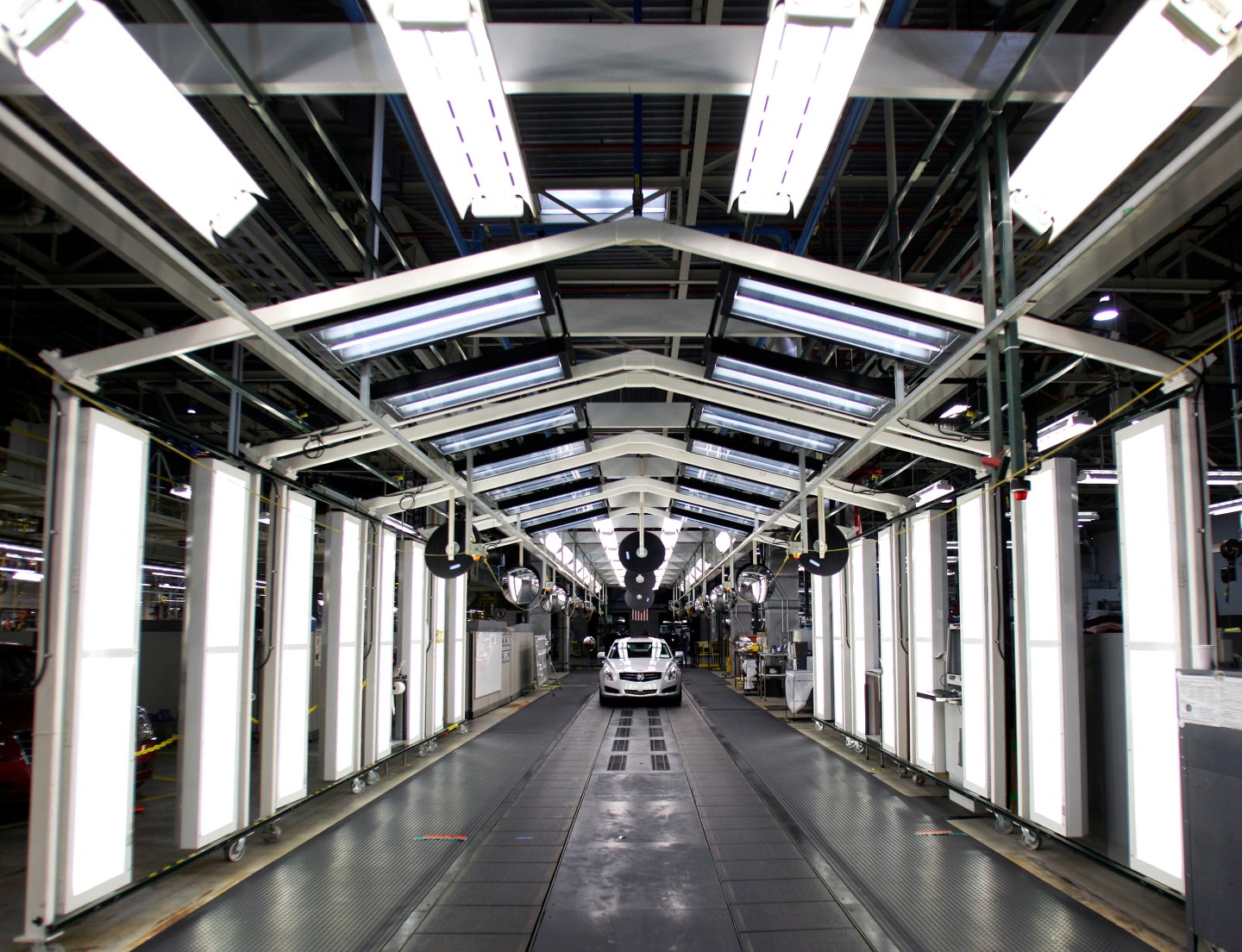 When General Motors (GM) makes a die for one of its enormous stamping presses that turns sheet metal into auto parts, each die first must be fine-tuned and validated. Otherwise, the resulting parts could be malformed.

Instead of testing dies on the very presses that stamp the parts, GM is changing its process to tweak them in advance — on a new $124 million press, dedicated for that purpose. Quality and efficiency are expected to improve as a result.

The new press, operating at a factory in Pontiac, Mich., represents a small part of the $5.4 billion that GM is plowing into U.S. manufacturing over the next three years. The No. 1 U.S. automaker announced the investment Thursday, having already invested $16.4 billion just in the U.S. since emerging from bankruptcy protection in 2009.

The latest outlay includes $520 million to retool the Delta Township assembly plant near Lansing, Mich., that builds Buick Enclave and other large crossovers. GM will spend $139.5 million to upgrade a body assembly plant in Warren, Mich. More investments will be announced over the next several months, GM said.

GM routinely spends billions on new tools and machinery, as well as to redesign parts and vehicles. The latest announcement is meant to underscore for the United Auto Workers union and investors that GM is focused on maintaining and improving its U.S. manufacturing infrastructure so it can build high-quality, profitable vehicles.

Alan Batey, president of GM North American operations, said in a statement released prior to a speech in Pontiac that the “investments are evidence of a company on the move, strategically investing in the people, tools and equipment to produce cars, trucks and crossovers that are built to win in the marketplace, with stunning design, quality and breakthrough technologies.”

Last year, Mary Barra, GM’s chief executive officer, laid out financial goals that included an EBIT-adjusted profit margin for North America of 10% by 2016. Last year, the margin was 8.9%. She also said GM intended to achieve a 10% EBIT-adjusted margin for the entire company early in the next decade; last year it was 4.2%.

Investors remain cautious about GM’s ability to meet these goals, evidenced by the stock’s disappointingly flat performance since its initial public offering in 2010.
[fortune-brightcove videoid=4034485505001]

GM’s unionized hourly workers in the U.S. are another group the company would like to persuade about the seriousness of its goals and aspirations. For factory workers, successful vehicles mean job security and, possibly, higher wages. The UAW is unhappy about a two-tier pay system that was invoked as the global financial crisis descended on the company, designed to pay newly-hired factory workers less than longtime GM veterans and to help reduce the GM’s labor costs.

The two-tier pay tussle will come to a head late this summer, as the early September strike deadline for a new labor contract draws near. GM can ill afford to take a long strike; but the union likewise doesn’t want to provide an incentive for the automaker to consider shifting more of its manufacturing to China and Mexico. GM already operates significantly in both countries, lately the two hottest locations for vehicle manufacture.

Significantly, a UAW vice president for the union’s GM department, Cindy Estrada, said in a prepared statement that GM investments “represent the power of our collaboration to create jobs and improve competitiveness, quality and our manufacturing base in this country.”

Estrada’s words — if they’re more than a diplomatic nicety — could be regarded as an optimistic harbinger of this summer’s labor talks.
[fortune-brightcove videoid=3828157527001]