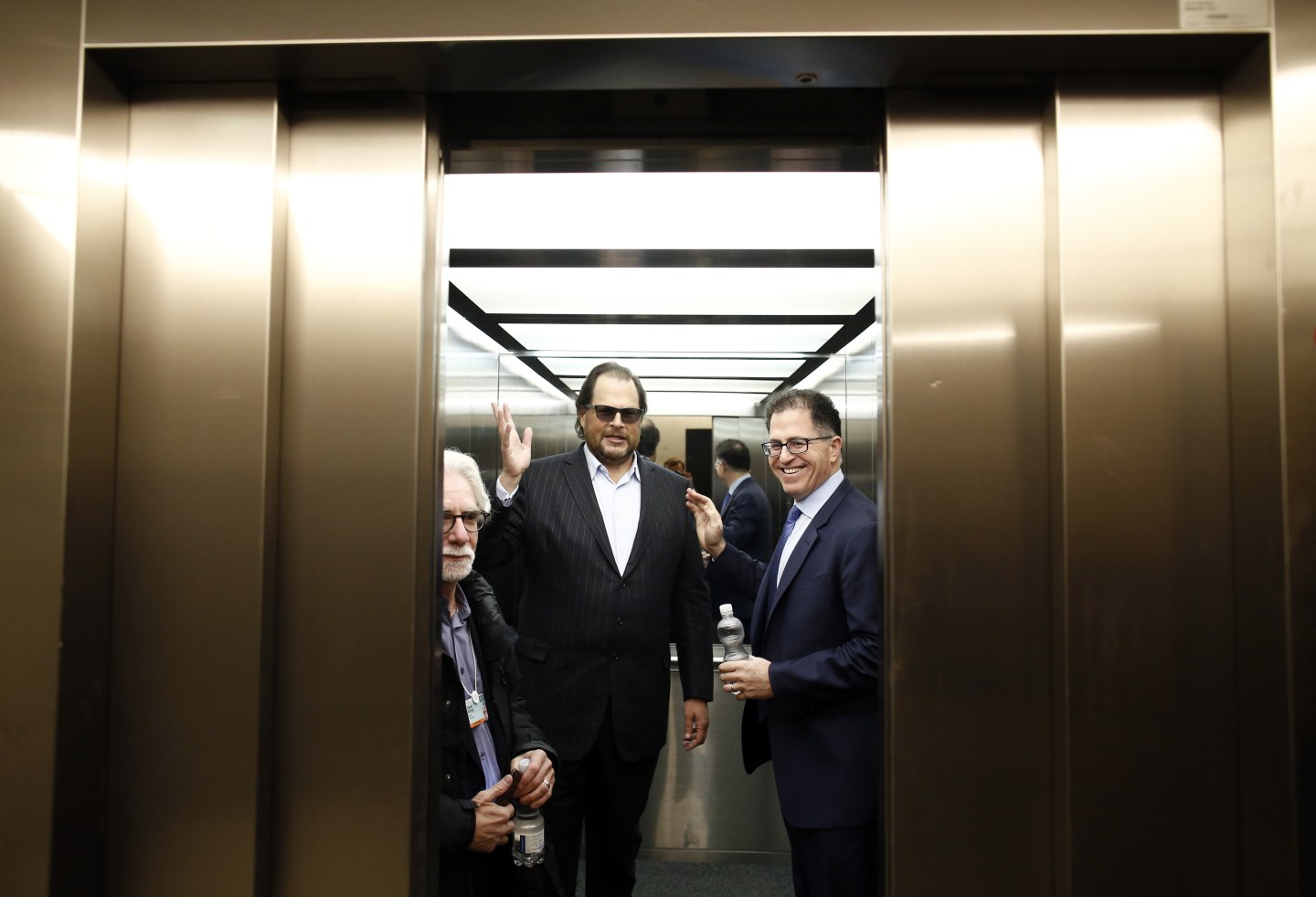 Dell continues to raise the stakes in the increasingly vicious war for control of the $1 trillion market for IT services. The technology company this week announced an aggressive advertising and marketing campaign designed to win the hearts and minds of IT professionals around the globe, asking the question, “Are you Future Ready?”

Vague as that might seem to most people outside the server room, the question is aimed at the millions of IT professionals grappling with the rapid, transformative changes impacting their businesses. The shift to cloud computing is shaping up to be a multibillion-dollar headache for many companies. It’s bound to grow even more intense in the coming weeks as Microsoft ends support for its Windows 2003 server, forcing millions of customers to either upgrade or face potential problems with security and software compatibility down the road.

Dell hopes to get out the message that it is more than just a hardware provider and that it can help businesses make this transition. To be sure, Dell is still proud to be a hardware maker; indeed, the company is stressing the point by saying it will soon be the only service provider to offer so-called “end-to-end” support for its customers as service competitors like IBM (IBM) and Hewlett-Packard (HPQ) exit the hardware business.

But Dell also wants people to know that it does more than that. The company doesn’t have its own public cloud infrastructure, but it’s happy to help set up a private cloud or link a customer to one of the major public clouds, such as those offered by Amazon, Google or Microsoft, and run it all for them. And if they want to run it themselves? Dell can build the software needed to manage all of those clouds in one place. Security concerns means that businesses will always need to maintain some level of in-house IT architecture, which needs to be maintained. Dell wants a piece of that action, even if the overall pie is shrinking.

The advertising campaign is the marketing push behind a number of tangible salvos launched in a bid to disrupt the services market, which is currently led by IBM, followed by HP. Late last year, Dell pledged $125 million in partner rebates and incentives for 2015 to win new customers. The company recently said that the aggressive strategy was paying off, with new lines of business within existing Dell accounts up 175% in North America for the quarter ending April 30, compared with the same quarter last year.

How this all translates into profit remains a tightly guarded secret thanks to Dell’s transition to a private company in 2013. Dell executives hint and nod when asked about performance, which is helpful when assessing the state of the industry, but is hardly the definitive proof needed to assess how well the strategy is currently playing out.

One could argue that the company is silent because it is seeing red in many of its divisions. But that’s one of the benefits of going private—you are no longer a slave to the quarterly earnings monster. Dell can now stand to lose money in the short term for a potentially bigger payout over the long term. As such, the company may very well be losing money selling low-end servers, but that may just be a temporary phenomenon as the market readjusts to the current changes in the IT landscape.

For example, earnings pressure was probably behind IBM’s decision late last year to ditch its lower-end x86 server division. The business had posted seven consecutive losing quarters, putting a strain on the company’s share price. Dell doesn’t have to worry about share prices anymore, meaning it could last longer in a fire fight. While the company isn’t invincible, it can’t lose money forever, it does have a distinct advantage of being able to set and execute major strategic initiatives over a much longer time horizon. It could turn out that offering a low-end server was the necessary gateway to connect with new customers. If true, then IBM may have just sacrificed billions of dollars in potential future service revenue just so it could save a few million dollars and make its numbers for the quarter.

Dell sees its being private as a competitive advantage, which, arguably, it is given how cruel and short-sighted Wall Street can be at times. It has given companies like Amazon a pass as it ramps up its spending, but it may not have done the same for an “old” tech company, like Dell. Nevertheless, Michael Dell and his team are hoping this “private advantage” will allow the company to reposition itself as a leader in the new IT landscape. If that means being a Wall Street outsider, then so be it.