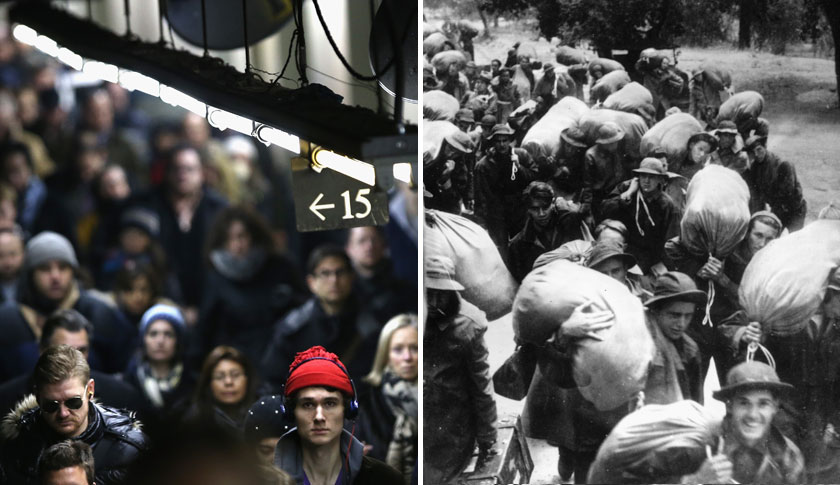 Millennials have a bad rap. We imagine them spending their days updating social media accounts with headsets covering their ears and their parents’ credit card numbers pre-logged into Amazon Prime accounts.

A nice life if you can get it, but the reality is far different, according to research by Standard & Poor’s. Millennials — those born between the early 1980s through the early 2000s and also known as Generation Y— are shaping up to be a frugal and career-focused generation with the potential to lead a robust and sustainable U.S. economy. We I say potential because they’re not yet the potent economic force that they could be; they are thus far a quiet group, economically conservative and waiting for better conditions to roar to life.

The success or failure of this generation will have widespread economic consequences. Already, millennials spend about $600 billion annually and are on track to spend $1.4 trillion a year by 2020.

According to our research, continued low wages for millennials could reduce U.S. GDP by as much as $244 billion through 2019, or $49 billion a year, relative to our baseline scenario. This suggests that policies around housing, wages, and the new threat caused by high student debt may have the greatest potential to help or harm millennials — things policymakers should heed as this generation grows as a political force.

We come to this conclusion in part by looking to the past. If you compare millennials to other generations you’ll find, somewhat surprisingly, that they share the most similarities with the so-called Silent Generation. These were Americans born in the mid-1920s through the early 1940s and who grew up during the Great Depression, but eventually drove a booming economy.

Just as their grandparents (and great-grandparents) before them, millennials experienced a major financial crisis during their formative years that has infused in them financial conservatism and a propensity to save. They are more likely to keep a larger amount of cash on hand, holding more than half their assets in cash, less than a third in equities, and 15% in fixed-income assets.

So why aren’t millennials guaranteed a strong economy in their middle years? The differences with the Silent Generation come in two areas, in particular: a slow-growth economy with lower wages combined with crushing loads of student debt. The Silent Generation entered adulthood during a robust growth cycle in part due to programs, such as the New Deal and Works Progress Administration. Millennials, instead, have only seen slow to moderate growth in GDP, with near stagnant gain in wages as they enter the workforce.

Adding to this difficulty are massive student loan bills. Millennials are the most educated generation in American history, but it has come at a cost ranging in the hundreds of billions of dollars. Indeed, many of millennials’ spending and saving habits can be attributed to this debt – a major determinant of current and future spending ability, given the length of loan maturities and weak post-recession wage growth to date.

To see the weight student-load debt is having on millennials, consider this: for the first time in at least 10 years, 30-year-olds with no history of student loans are more likely to purchase their homes than those with a history of student debt, according to the New York Federal Reserve Bank. The effects of student-loan debt could be mitigated if the economic recovery continues. A growing economy means the launch of the millennials into the U.S. economy will have been delayed, but not grounded.

Over the next five years, I expect the labor market will keep improving and wages will start increasing. Student loans that once looked very difficult to repay will become manageable, and delays to home-buying—albeit more skewed toward urban areas than in the past—will pick up.

My downside scenario, however, paints a grimmer picture. What if wages continue to stagnate through the next decade due to fundamental shifts in the U.S. economy? How would this anemic (or absent) growth impact a generation, which already must wait an added four years to reach middle-income status?

First, graduates with modest income opportunities would likely continue to use government options in order to delay student-loan payments – an option that may prevent default, but also means balances would climb. More borrowers would be caught in the web of higher balances, where they can only barely cover minimum payments, which in turn would continue to weigh on their credit scores.

The potential impact of this outcome on the economy could be significant. Millennials would likely be forced to continue their current pattern of economic behavior, avoiding big-ticket purchases like cars or homes and continuing to delay starting families. Options to take on more debt to start a business would be curtailed, with business creation holding near current 20-year low levels.

Further, housing starts would climb only slowly, with most activity in rental units, rather than single-family homes. Indeed, if millennials were to buy homes at the same sluggish rate as in the current recovery, housing starts wouldn’t reach 1.5 million units until almost two years later than in our baseline projection.

This is why it’s crucial for economists, policymakers, and the business community to consider this downside scenario when thinking of the future of the U.S. economy, and to have options ready to combat a difficult adulthood for this otherwise promising generation.

If, as we hope, millennials inherit a more robust economy and with higher wages and growth potential, we will more likely see the launch they appear very capable of orchestrating.