Study: Women may do the worst in interviews with men who say they support equality 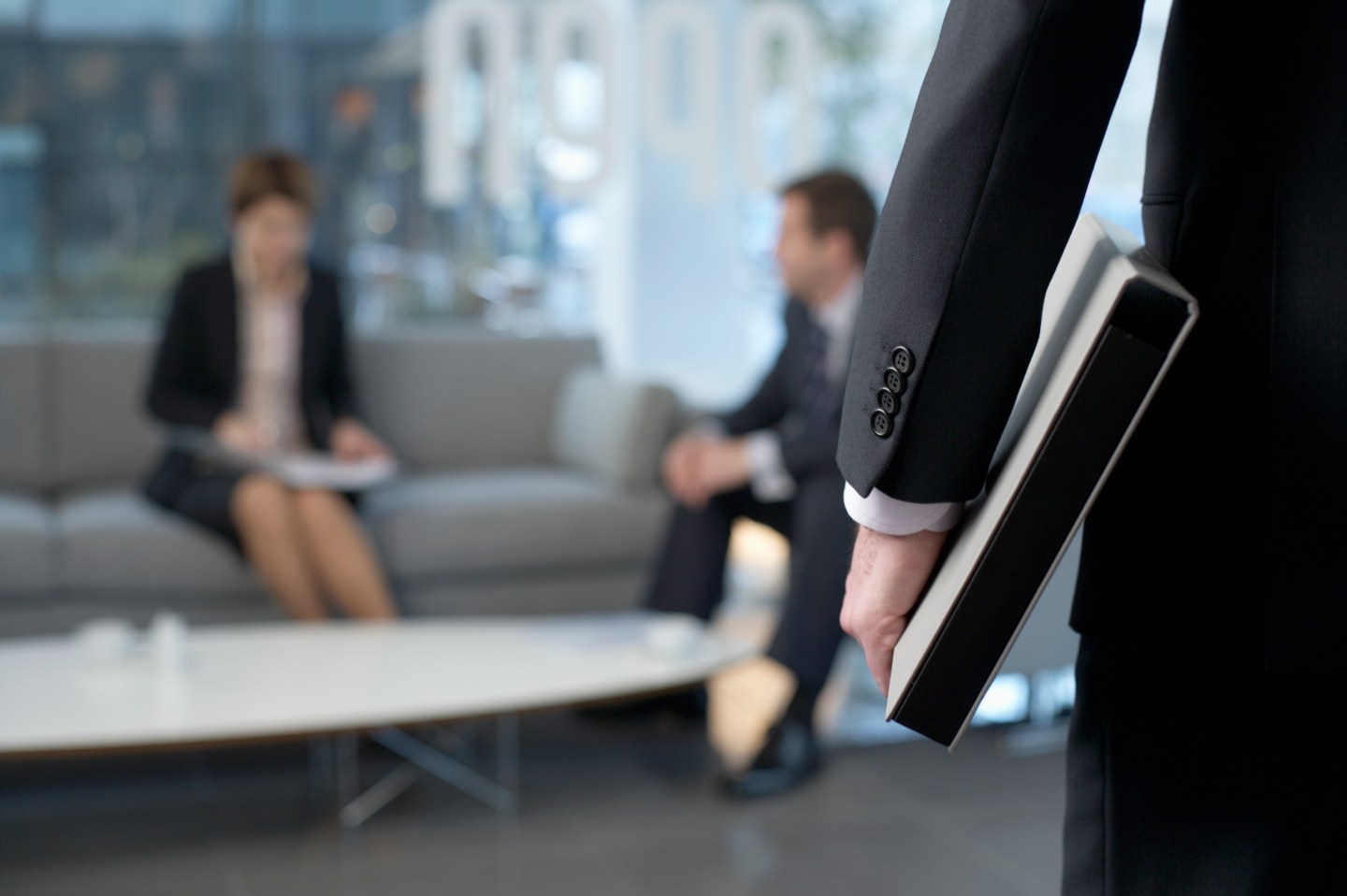 Businessman holding a document briefcase in his hand, businesspeople in the background
Photograph by Getty Images

Talk about timing. Just as a slew of 2015 graduates prepare to trade their caps and gowns for interview suits, a new study finds that female job seekers may fare the worst in interviews with men who say they believe in workplace equality.

A new study published by Psychology of Women Quarterly examined implicit and explicit bias in a group of men who interviewed women job applicants. The study had three parts:

2. They were then asked specifically about their views on women and their competency in the workplace. This measured the participants’ explicit bias.

The study found that, when interviewing with men who’d shown high levels of implicit bias, women performed poorly (as determined by a third-party evaluator, as well as the women’s self evaluations). But here’s the really surprising thing: The very worst outcomes happened when women interviewed with men who showed high levels of implicit bias, but low explicit bias—in other words, those who told the researchers that they believe women are competent in the workplace.

Study co-author Ioana Latu, assistant professor of psychology at Rutgers University in Camden, New Jersey, has identified a couple of factors at play. First, she says that facing a biased interviewer can lead to a “serial effect,” where the more negative the interviewer becomes, the more the woman talking to him loses confidence.

When dealing with interviewers who showed a high implicit bias, yet said they believe women are competent leaders at work, the women were likely thrown off by non-verbal cues, says Latu. For instance, while the male interviewers may have said encouraging things, their body language or facial expressions may have conveyed boredom or disinterest. Such a disconnect might be tough for the interviewee to figure out, leading to confusion and a drop in her performance, Latu says.

As exasperating as these findings may seem, it’s important to consider that we all have biases, Latu says. “Just being aware that we have those implicit stereotypes can make them less likely to affect and to influence outcomes in interactions. Being aware of them, training them away could help,” she says.

But if you prefer to take action rather than comfort, there are some things you can do to reduce the chance that such a dynamic will tank your interview.

Know what you’re getting into. Before you go for the interview, check out the company, says Nancy Ahlrichs, a consultant with Indianapolis talent management firm FlashPoint. Start with the company web site. Does it list any diversity training programs? How are women portrayed women in photos on the site? Are there women in the senior leadership of the company? This can tell you a great deal about how the company values gender and other diversity in its culture, Ahlrichs says.

Build your case. Coming prepared to the interview isn’t a gender thing, it’s an interview thing. But women should pay special attention to giving examples of their strong problem-solving and leadership skills, two areas that research has shown to be more commonly associated with men than with women, Latu says.

Call it out. Royal Oak, Mich. performance consultant Kirsten E. Ross, founder of Focus Forward Coaching, says that if you sense that implicit bias is really a factor in your interview, there are ways to address it. Of course, you’re probably not going to call your interviewer on his bias (as much as you might like to). However, you can anticipate possible areas of concern, such as stereotypes that women are too passive, and play up examples of how you took forceful action in previous jobs.

Maintain your self-confidence. A tough interview is a stressful situation, but if you start showing signs that you’re losing confidence–slouching in your chair, fidgeting–it’s only going to get worse, Ross says. Yes, you want the job. But if you’re drawing too much of your self-worth from whether or not you get it, which is largely out of your control, you’re giving away your power, she says. Focus on what you can control, which is preparing and performing as well as possible in the interview, even when it’s difficult.