The 5 most underrated CEOs 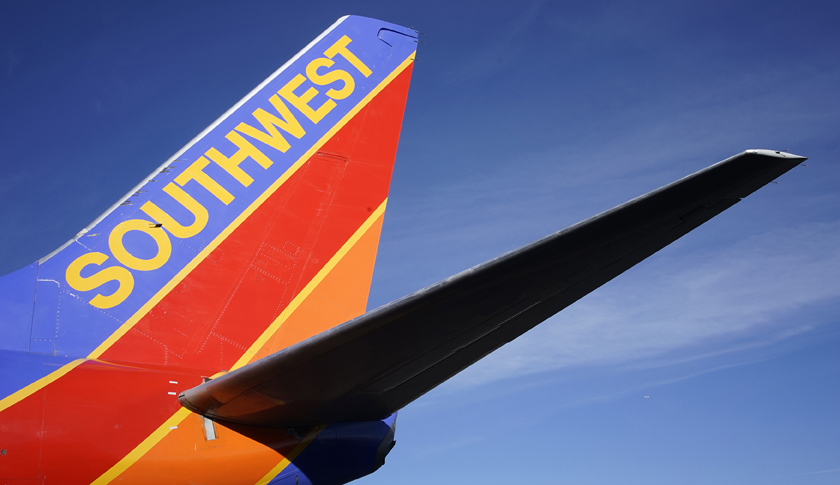 A Southwest Airlines jet on the tarmac of Denver International Airport.
Photograph by Rick Wilking—Reuters

Since Gary Kelly was appointed as CEO, Southwest has outperformed every one of its rivals: Jet Blue, United Continental, American Airlines, Virgin America, Delta. Kelly received a raise of only 25% in 2014, based on figures provided to Fortune by Equilar, despite delivering a total stockholder return of more than 126% to shareholders.

On February 4, the airline announced that it would share $355 million of its earnings with its employees through its profit sharing plan. That’s the equivalent of five weeks' pay for the average employee and represents the largest total dollar amount Southwest has ever allocated to the plan.

It hasn’t all been good news: 128 planes grounded for inspection and fines for flight delays, which has mitigated the stock’s seemingly inexorable rise. But in the more than 10 years Kelly has been CEO, Southwest’s stock has climbed from the mid-teens to the $40+ it is today, with consistent dividend payouts.

Kelly’s pay is still relatively modest. His base salary is well below his peers, at his request. And the company has the chutzpah to award a discretionary cash bonus, recognizing, as many companies do, that sometimes things come along that aren’t recognized by “official” objective bonus plans. The discretionary bonus is not large, a few hundred thousand dollars. This all adds up to restrained pay for exceptional performance.

If the worst thing that an airline has to deal with is a baggage worker falling asleep in an air-conditioned section of the cargo hold, then things are going well. Shares in Alaska Air actually rose when news of the napping worker got out. Perhaps more airlines should encourage stowaways.

After years of poor financial performance, difficult mergers, bankruptcies, the airline industry is flying high. A recent Federal Aviation Administration report predicts a 50% rise in U.S. passengers over the next 20 years, so it looks like the industry’s winning streak is poised to continue.

Who is responsible for Alaska Air’s good fortune? Bradley Tilden, who has been piloting the company as CEO for almost three years. The stellar performance at Alaska Air has led to a pay bump for Tilden of only 18%, from $2.9 million to $3.5 million in 2014, according to figures provided by Equilar.

Tilden’s base salary is set below the 25th percentile for the industry; in other words, three-quarters of his peers are paid more than he is. Most companies target their CEO’s pay in the 50th percentile or higher. Safety tops the list of performance metrics for Tilden’s cash bonus, followed by customer/employee satisfaction. Costs and profits are the last two measures on the list, although profits account for 70% of Tilden’s bonus, compared to 10% for the other three metrics. Tilden met all of these bonus targets and then some.

In December 2014, hedge fund Glenview Capital Management bought a big stake in Avis Budget, just over 5% of outstanding shares. The purchase gave another boost to the company’s share price, which had already gone from $40 to over $60 in 2014, with a full year total stockholder return of 64%. Net income was up more than 1,400% and profits were healthy. Hertz, the company’s only serious rival, certainly in the U.S., saw its stock price fall during the same period.

Avis Budget CEO Ronald Nelson is well compensated, but not excessively so, especially compared to his peers. Nelson has been CEO since Avis Budget’s parent company, formerly known as Cendant, engaged in a spinoff in 2006. Nelson oversaw two major acquisitions in 2013, of Zipcar and Payless Car Rental, respectively.

Much of Nelson’s pay was flat from 2013 to 2014, according to Equilar. But his stock grants, awarded at the beginning of 2014, rose from $4 million to $5.7 million. Its eventual value, however, will be largely based on the company’s total stockholder return compared to the Russell 1000 index.

CDW was taken public in June 2013 by CEO Thomas Richards, and is already at 265 in the Fortune 500. But what does it even do? CDW is in the business of cloud computing, cybersecurity, and disaster recovery. Just that one word – cybersecurity – might be enough to explain the company’s current success. The market, seemingly unanimous, expects the stock to continue to rise.

CDW CEO Tom Richards’ compensation, according to figures from Equilar, actually went down between 2013 and 2014, from around $6.3 million to $6 million, largely because of a decline in IPO-related pay. Like many of Fortune’s underrated CEOs, Richards’ compensation package is what is known as highly geared; base salary, or fixed pay, makes up a very small portion of total compensation – 15% in this case. And long-term incentives have already shifted from simple plain vanilla stock options to a combination of options and performance shares.

CDW is a one share, one vote company, unlike many tech companies including Facebook, Zynga, and Google, whose controlling shareholders make most of the decisions. At CDW, shareholders have more say.

With total stockholder returns up by 51% in 2014, solid net income growth, and return on capital employed of 16.5%, Dr. Pepper Snapple outperformed its two larger rivals Coke and Pepsi. Coke saw returns in 2014 of less than 6% and Pepsi of just over 17%. Being smaller may just mean there’s more room for growth. In addition, the rising dollar has had less of an effect on Dr. Pepper because its exposure overseas is largely limited to Canada and Mexico.

Despite the stellar performance last year, CEO Larry Young’s total pay rose only slightly, from $9 million to $9.6 million, mostly due to an increase in his cash bonus based on net sales and income from operations. None of the controversy surrounding Coke’s pay policy here; shareholder support for the company’s pay policies rose from 89% in 2013 to 95% in 2014.