Robert Rubin tells Sheryl Sandberg that Facebook is the problem 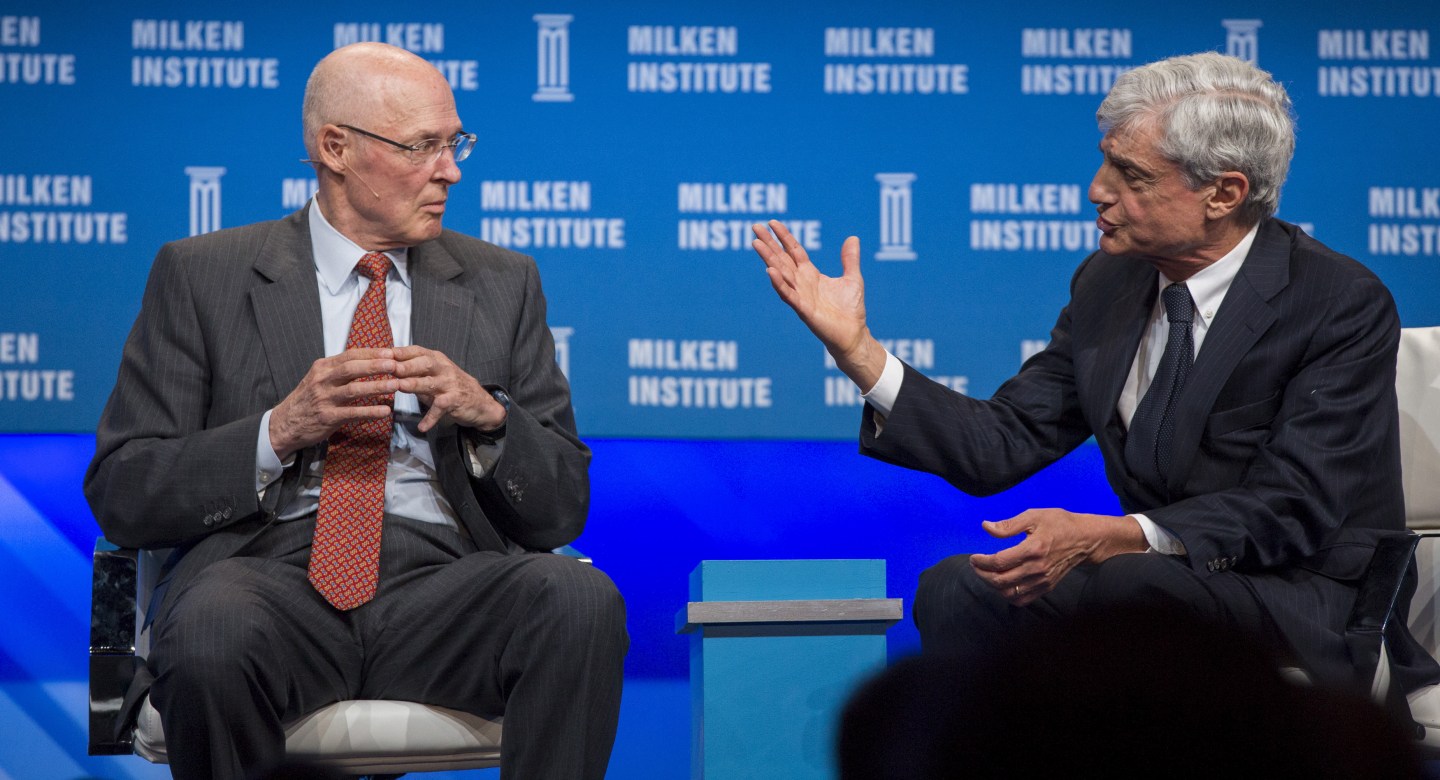 You’d think that a debate featuring three former Treasury secretaries would be about economic policy.

One particularly interesting moment was when President Clinton’s second Treasury Secretary, Rubin, argued to Sandberg that social media was one of the primary causes of political disfunction in the United States today. Said Rubin:

The fundamental challenge for our country is having effective government–and I’m not going to get invited to the next panel after I say what I’m about to say–I think social media plays an enormous role in public opinion. And I think it’s become to some extent a conductor of ideology, an echo chamber. The converse could be if those who had responsibility in the area of social media, whoever they may be, could find a way to engage the American people in recognizing that we must have effective government, whatever your views may be on issues. We should insist that our elected leaders should be committed to effective governance and to principled compromise to find common ground across divides.

Indeed, the overarching theme of the wide-ranging discussion between the former heads of the Treasury Department was political dysfunction. All three agreed that on paper, the United States has the best prospects of any country in the world, rich or emerging. The one thing holding the United States back was it’s inability to, as Geithner put it, “find some room for principled pragmatic compromise.”

The three former Treasury Secretaries, one Republican and two Democratic, agreed on the major challenges facing the U.S., including income inequality, slow growth, and the threat of climate change. In terms of public policy, all three concurred that the best way to put the U.S. on a good economic footing was to reform entitlements, invest in infrastructure, and work to fix America’s K-12 education system.

Paulson, the lone Republican on the panel, argued that addressing climate change, in particular, will require reframing the argument. He said that many people in his party are reluctant to acknowledge climate change as a problem because doing so would recognize the need for government. But what his fellow Republicans fail to recognize, is that failing to act is “setting us up for bigger government” down the road. When environmental disasters strike, it will be big government that ultimately comes to the rescue.

For more about the economy, watch this Fortune video: