HSBC has had enough of being kicked by U.K. politicians 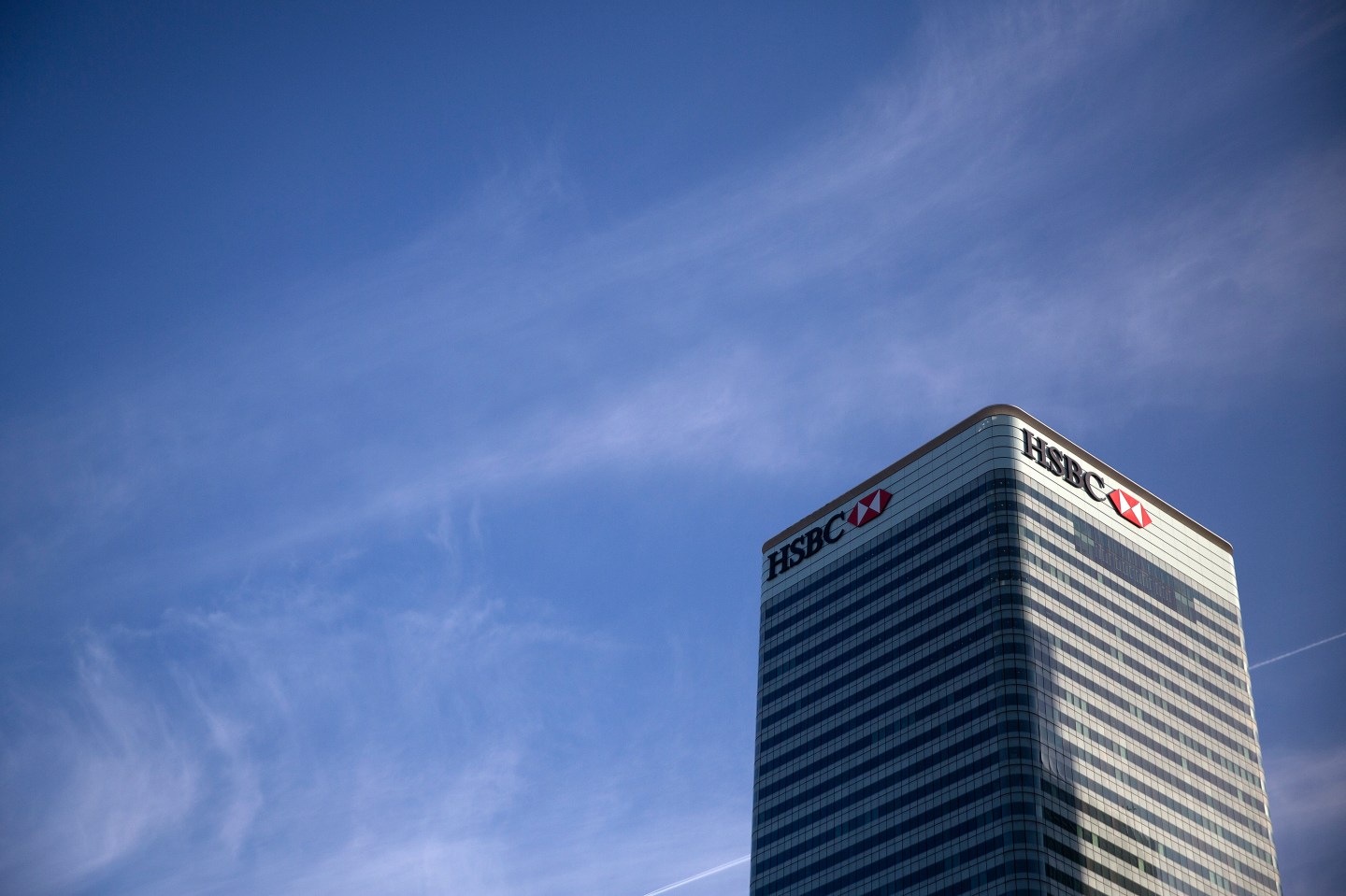 The headquarters of HSBC Holdings Plc stand in the Canary Wharf business, financial and shopping district in London, U.K., on Wednesday, Feb. 18, 2015. HSBC Chairman Douglas Flint will face fresh questions at a U.K. Parliament hearing on Wednesday over his role as finance director when the bank was found helping customers avoid taxes through its Swiss unit. Photographer: Simon Dawson/Bloomberg via Getty Images
Photograph by SImon Dawson — Bloomberg via Getty Images

After years of crying ‘wolf’, HSBC Plc (HSBC) has finally decided that it’s tired of being taxed and kicked around by U.K. politicians and regulators.

Chairman Douglas Flint told shareholders at the bank’s annual meeting that the board has “asked management to commence work to look at where the best place is for HSBC to be headquartered in this new environment.”

A number of factors are behind the decision. HSBC has fretted for a long time that it would make more sense to be headquartered closer to China, a market that has been key for the bank in the past (the acronym HSBC stands for Hong Kong & Shanghai Banking Corporation) and will be even more important in the future, as the center of gravity of the world’s economy shifts eastwards.

However, the decision right now to include the question of headquarters in a strategic review is sure to raise eyebrows in the U.K., coming so soon after a series of brutal grillings for Flint and chief executive Stephen Gulliver in parliament over HSBC’s facilitation of tax evasion for clients over many years through its private bank in Switzerland. During those hearings, it emerged that Gulliver himself, while based in Hong Kong, had channeled his bonuses through a Panama shell company to hide them from the prying eyes of envious colleagues.

The bank has been vilified in the national media over the latest revelations, which come on top of a litany of other misdeeds that have come to light since 2008. In the U.K. alone, it is still paying out for mis-selling payment protection insurance and other products, while it played a leading role in conspiracies to rig benchmark interest rates and foreign exchange prices. Further afield, it paid $1.6 billion in 2011 to settle U.S. claims of money laundering on behalf of Mexican drug lords, among others.

HSBC has two main grievances against the U.K. government: firstly, a levy on balance sheets introduced in 2011 and raised every year since. It hits HSBC (and Standard Chartered Plc) particularly hard because it is assessed against U.K. banks’ global balance sheets. Secondly, new regulation will force it to ‘ringfence’ its U.K. retail bank and back it with higher levels of capital than the rest of its operations.

The bank’s announcement comes only two weeks before a general election that is making life even more uncertain. The left-wing Labour Party has said it wants to raise the bank levy still further (it will also end the non-domiciled tax resident status still used by Gulliver, among others), while the Conservatives, who are neck-and-neck with Labour in the polls, have promised a referendum on taking the U.K. out of the European Union.

Flint didn’t say where the bank might relocate to, arguing that the problem was a complex one. Many consider Hong Kong as the likeliest option, not least because that’s where its HQ had been until 1993, when it moved to the U.K. to escape the uncertainties of the British colony’s handover to China.