You can introduce the industrial Internet with a single light bulb 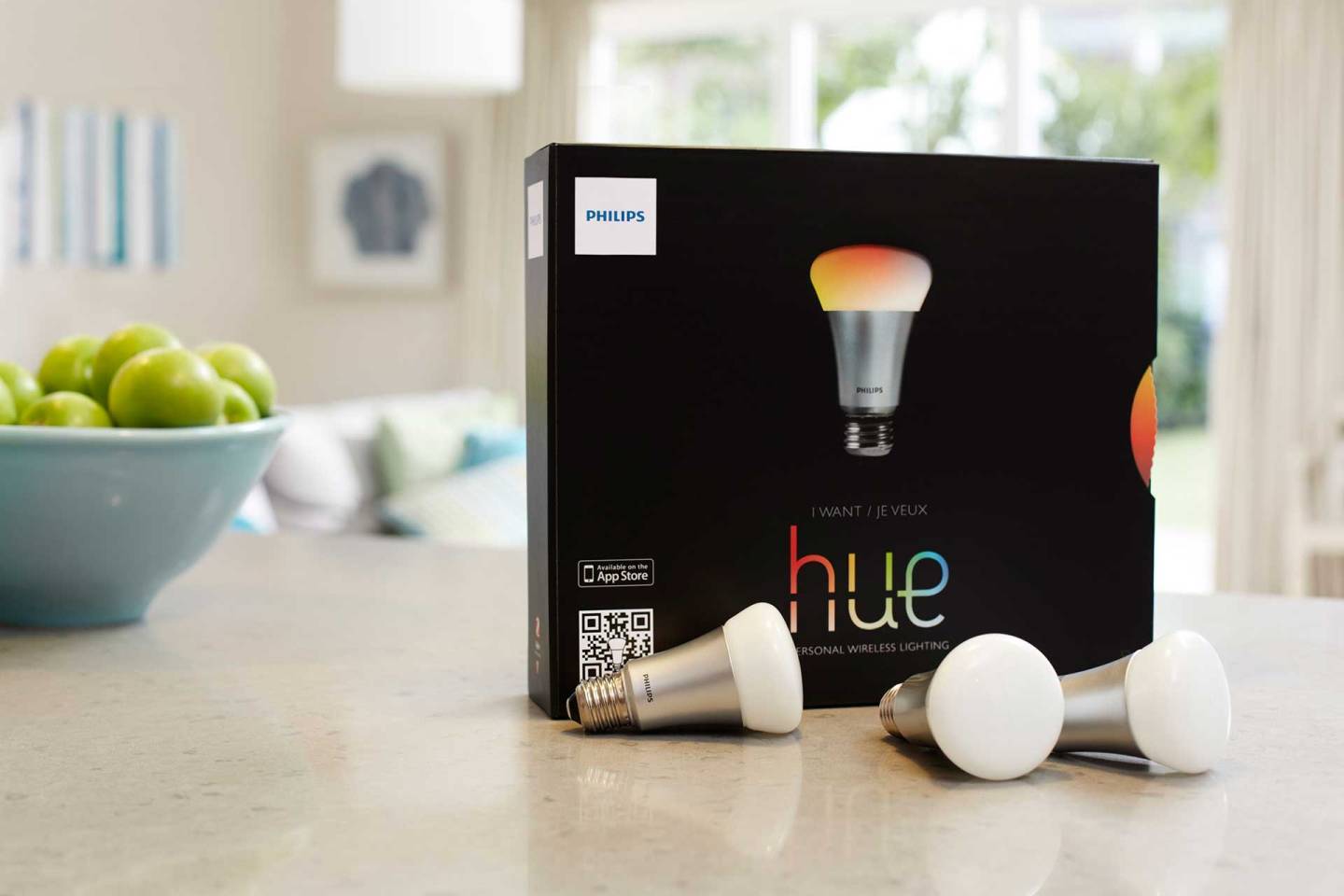 Gazelle, a $100-million-a-year company that buys and sells used electronics, has managed to boost productivity by replacing management dashboards with a single Philips Hue light bulb. The bulb changes color to signal that additional workers must be added to an assembly line used to make specially-designed boxes that the company gives its customers so that they may return their old phones or tablets.

The boxes need to be made and shipped within a guaranteed time frame. The light helps the four to five employees who are responsible for that part of the warehouse to manage their work flow, said Ben Katz, Gazelle’s chief technology officer. The state of the light is determined by how many team members are working, the pending shipping queue length, the average productivity of a team member, and what time the U.S. Postal Service comes each day to collect the boxes shipped to customers.

When the light is white, everything is good. When it is red, adding one more person to the box-assembly line will add one more hour of productive work for everyone. When it is flashing red, it means at the current pace the company won’t keep up with the shipments it said it would get out that day, and management needs to add more people to the line. The light helps management see what’s happening and helps employees figure out how to allocate their time.

The company is one of several that I’ve seen using ambient information provided by light or haptic feedback to share information with workers without trying to distract from their day-to-day work. It’s another way that the growing galaxy of connected devices known as the Internet of things can be used by managers to boost productivity and share information without overwhelming workers with more email or verbal communications.

This can range from the use of Hue light bulbs at the San Francisco offices of enterprise cloud startup Apcera to signal occupancy in conference rooms and even when a meeting is scheduled to end. The lights inside the room would turn a specific color to indicate occupancy and as the meeting neared its end time, the color would gradually change, letting occupants and passersby know that their time in that conference room was almost up. According to Apcera CEO Derek Collison, the Hue bulbs are no longer in use as the startup readies for an upcoming move to a new office.

Back at the 37,500-square-foot Gazelle warehouse, Katz said that deciding to use the Hue light bulbs, which are actually designed for consumers wasn’t even his original plan. Knowing that the management dashboards weren’t working, Katz was thinking about coming up with some kind of custom-made hardware option made from a Raspberry Pi and a LED hacked together.

A Raspberry Pi is a $35 Linux-based computer popular with do-it-yourself enthusiasts. It’s cheap, but the effort to integrate it with the Gazelle’s software, which was all on Amazon’s cloud system, was going to require some serious engineering work, Katz said. One of Katz’s engineers offered up the Hue light bulb as an alternative. Because Philips offers a cloud-based software-link called an application programming interface (API) that can easily connect to Amazon’s cloud, it was easy to link the two systems together. That, the $200 for the Hue starter kit that comes with three light bulbs, plus a quick trip to Home Depot to buy a fixture to enclose the bulb, solved Gazelle’s problem.

And the two extra bulbs from the Hue starter kit are now waiting to be used in some other ambient information capacity. Katz is considering creating some kind of alert for other parts of the facility, or even buying Apple Watches for some of the staff to let them know via vibrations at the wrist when they need to pay attention to something in the environment.

“The light has had a huge impact on the business,” Katz said. “It’s much easier for people to consume visual information and look at the light than at a management console.”

Those playing with ambient feedback are on the cutting edge, but in a few years as wearables and connected lights and other devices invade the office, companies will start to use them for communicating information that requires immediate action such as a light color showing a patient’s vitals in a hospital room or a watch vibrating on a trader’s wrist to indicate a crazy stock movement or breaking news. The end devices are rapidly coming into place, and now we’re just waiting for the data and algorithms that will trigger those alerts and help us avoid notification fatigue. Those will be some of the apps of the future.