Security researcher detained by FBI shows no signs of slowing down 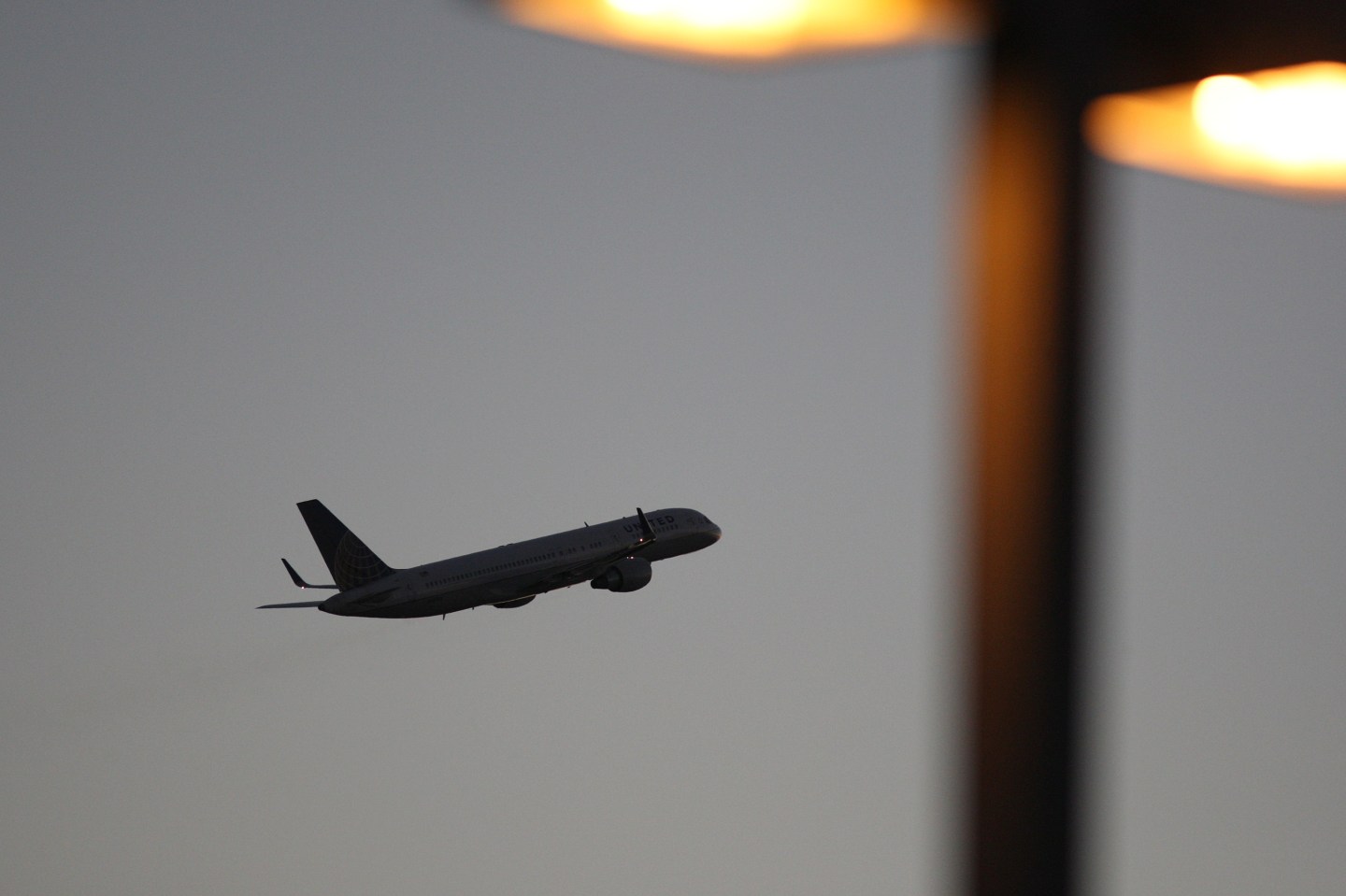 LOS ANGELES, CA - NOVEMBER 26: A United Airlines jet takes off at LAX as people travel to Thanksgiving holiday destinations on November 26, 2014 in Los Angeles, California. Travel experts are forecasting LAX to be the busiest airport in the nation during the Thanksgiving holiday travel period as more than 1.97 million passengers are expected to use the airport. This would be a 4.8 percent increase over the 1.82 million last year, which made LAX the busiest in 2013 as well. (Photo by David McNew/Getty Images)
Photograph by David McNew—Getty Images

It will take more than getting detained by the FBI and banned from flying on a major airliner to stop security researcher Chris Roberts from speaking out on the pervasive security threats that can be found in our ever-connected world of computers, devices and networks—both corporate and those found in the home.

Roberts made headlines this week during the annual RSA conference on cyber security when, on board a United Airlines flight from Denver to Syracuse, he cracked a joke via Twitter that implied that hacking into an aircraft’s engine monitoring system is an easy feat. That joke did not sit well with United Airlines and the FBI.

The FBI got a hold of Roberts, the founder and CTO of the security intelligence firm One World Labs, when he landed in Syracuse, interrogated him on his Twitter comments and confiscated the computer equipment he was carrying.

“I’ve got nothing back,” said Roberts in an interview with Fortune after his RSA session on how breaking into devices like an oven that’s connected to the internet can eventually lead to hackers infiltrating large-scale power grids.

So far, Roberts said the FBI has not told him when they would be returning the gear, which includes a brand new laptop, an iPad and USB drives.

As for United Airlines, the company (UAL) prevented him from boarding a flight to San Francisco for the conference citing his Twitter joke, but Roberts was able to board another company’s airplane and made it to the conference in time to do his session as planned—he just had to use a different computer for his presentation.

Roberts conceded that his joke was “blunter than it probably should have been,” but the security researcher shows no sign that his ordeal would be slowing down his mission of educating companies and the public of just how easy it is to do serious cyber damage in our modern area.

“How can we have a voice that can be heard?” said Roberts. “I want [these security problems] to be fixed.”

Roberts said that United Airlines as well as other airline companies haven’t given any indication to Roberts that it would be open to discussing airline cybersecurity with himself ever since his FBI detention. He said he believes that the companies are being careful in their actions in regards to the amount of public attention they received in light of his comments.

He said the best thing an airliner could do to really make sure that its planes are less prone to security vulnerabilities would be to “drop an aircraft at Def Con,” which is the Las Vegas-based annual security conference renown for attracting some of the world’s best hackers. If an airliner were to open up its planes to security experts, they could perhaps better arm themselves when a real threat occurs.

Part of the reason the airline industry as well as other industries like energy aren’t taking the problem as seriously as they should, Roberts said, is due to the fact that it “probably costs a lot of money to fix the damn stuff.” Additionally, the security experts that are part of the companies might not “have enough clout to make a difference.”

“Without dropping a plane in the bloody sky, how do you get their attention?” asked Roberts.

Still, there’s some hope for companies that take security seriously. Roberts said the auto industry and some Detroit-based auto companies (Roberts wouldn’t name any specific businesses) have indicated that they understand the problem and are showing interest to fix any security bugs that could leak out.

While Roberts continued to crack the occasional joke about his ordeal among the crowd who gathered to hear him talk after his session, he still seems a bit flustered about why he was singled out for voicing his concerns.

The people who are more than likely to be doing real harm “are not likely to put a tweet out, for crying out loud,” Roberts said during his session.