Another tough quarter for IBM, but don’t blame Ginni Rometty (yet) 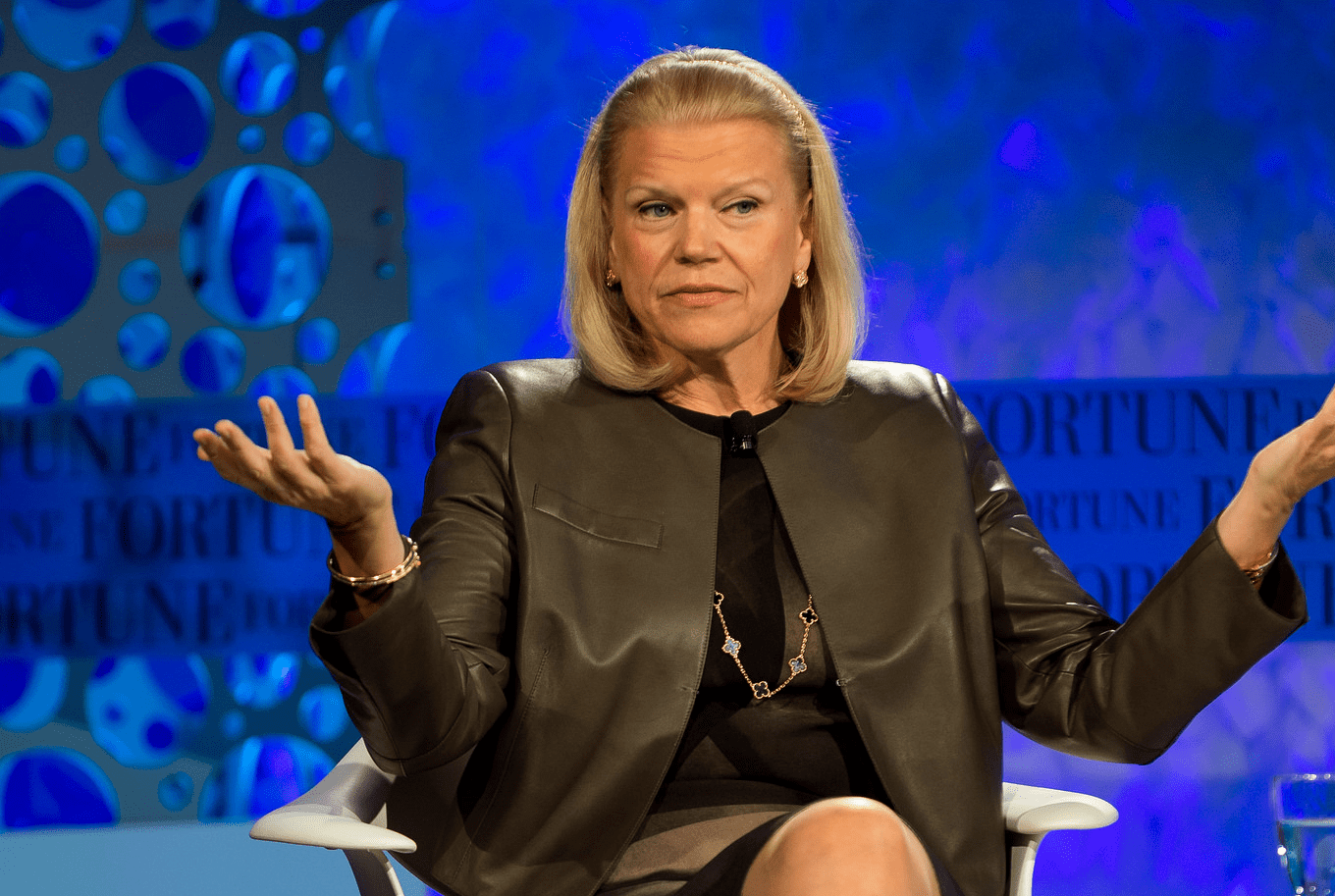 When IBM chief executive Ginni Rometty took over Big Blue at the start of 2012, she inherited a company at the cusp of massive and painful transformation. It turns out that the turnaround has not only been massive and painful—it’s also been slow. On Monday IBM (IBM) announced that its first-quarter revenue declined nearly 12% from the same quarter a year ago, representing the 12th straight quarter of overall revenue decline. (Revenue was flat compared to last year when adjusted for “currency and divested businesses.”)

IBM, of course, had a more positive take on the results.

“In the first quarter we had a strong start to the year,” Rometty said in a release. “Our strategic imperatives growth rate accelerated, demonstrating the power of our offerings in these new opportunities and contributing to improved revenue performance. Our focus on higher value through portfolio transformation and investment in key areas of the business drove continued margin expansion.”

Gobbledygook spin? Yes. But there is truth beneath some of Rometty’s jargon. For instance, the CEO has invested heavily in new areas, attempting to restore some cool factor—and more importantly, much-needed growth—to the embattled company. Since taking over IBM, she has made multibillion-dollar acquisitions and investments in newer areas like cloud, security, and analytics. She’s also sparked unprecedented partnerships with the likes of Apple (APPL) and Twitter (TWTR) and divested about $7 billion in commoditized assets, like chip manufacturing.

Of course, the pivot hasn’t been fast enough or big enough to offset weakness in the company’s legacy businesses. In this most recent quarter, IBM’s hardware division was down 23% (despite a surprising increase in—of all things—the company’s mainframe server products). The services and software divisions, meanwhile, dropped 12% and 8%, respectively.

Rometty herself has espoused the need for speed, even as she plays up the strength of IBM’s past: supplying the underlying technology for a massive base of enterprise customers.

“What keeps me up at night is speed,” she told Fortune in an interview last fall. “[The] speed of transformation, continuing to move to that future. It’s always around doing this faster.”

Unfortunately, Rometty’s need for speed has been tempered by internal and external forces: Her moves aren’t made in a vacuum. At IBM, Rometty was handed an unrealistic set of financial goals (which she has since abandoned). She has also had to steer one of the largest and most bloated technology companies through not one but a handful of what are quite possibly the fastest-moving technological shifts in modern history: The move to mobile, social, the cloud and analytics. More recently, she has had to contend with ramifications of a strong U.S. dollar—IBM makes more than two-thirds of its revenue outside of the United States.

Even investors pushing for ways to boost value aren’t necessarily agitating to push Rometty out (yet), according to recent reports. (It was also recently reported that IBM is working with two investments banks to thwart a potential attack by activist hedge funds.) It’s a given that a CEO’s role is to make the right decisions at the right time, but the cards a a leader is dealt at the time they take over and throughout their tenure also plays a hand in determining their success. Put simply: Rometty may be making many of the right moves, albeit in a very tough situation. And while investors rightfully want to see better results, swapping Rometty with another CEO might not be the best antidote to IBM’s woes.