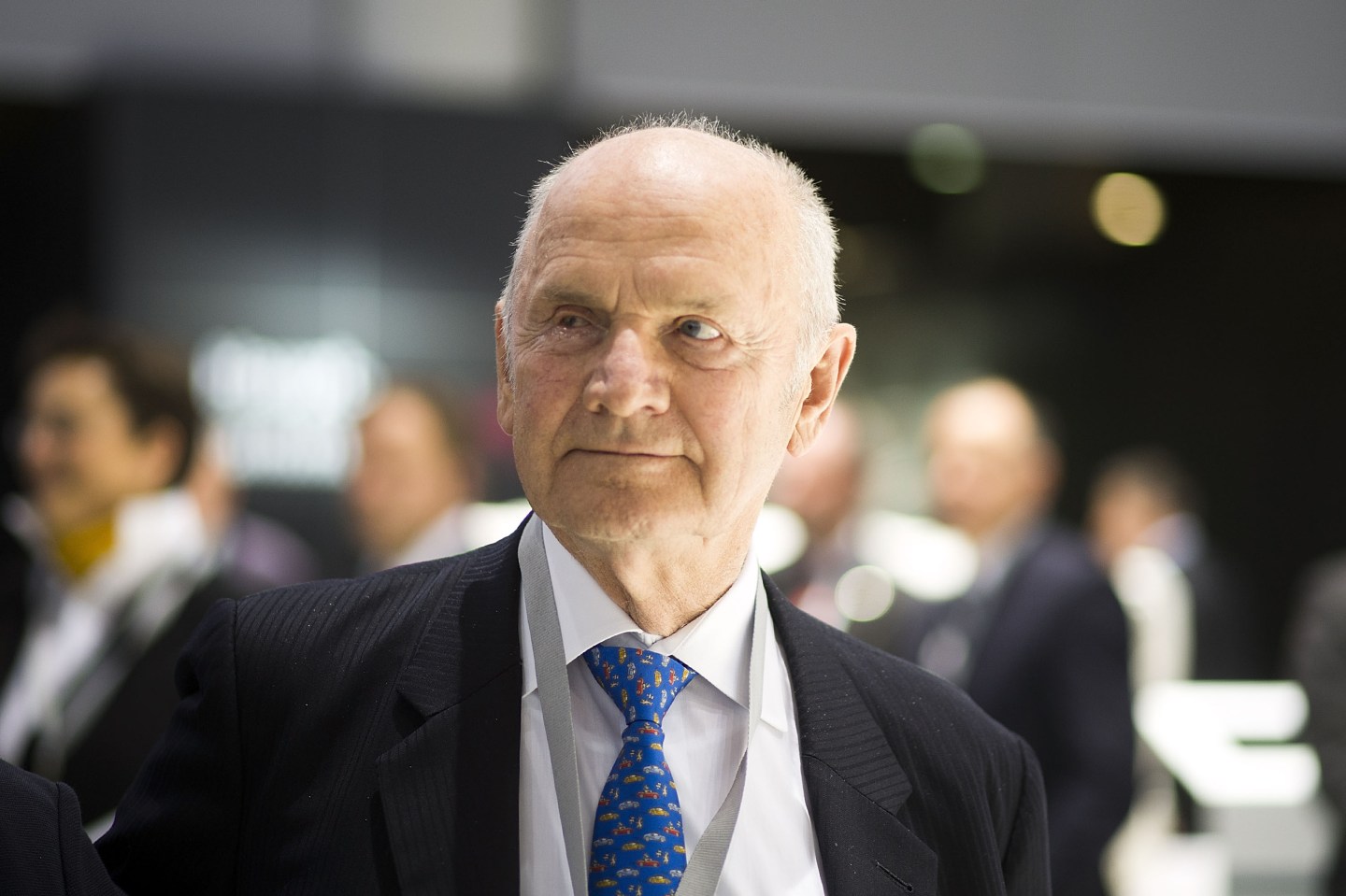 For 22 years, Ferdinand Piëch has dominated Volkswagen AG (VLKAY) as CEO and then as chairman, transforming it into the world’s second-largest auto group, with brands ranging from Porsche and Bentley to Škoda and Scania trucks.

But the end of the Piëch era now seems to be in sight.

A week after he attempted to undermine chief executive Martin Winterkorn in a magazine interview, the company’s board has come down, hard and publicly, on the CEO’s side against the patriarch (somewhat spoiling his 78th birthday, it might be thought).

In a terse eight-line statement, the company called Winterkorn “the best possible chief executive for Volkswagen” and said it would propose extending his contract in February next year (it would have been even terser had it not insisted on referring to Winterkorn as “Herr Professor Doktor” at every mention).

Piëch had told Der Spiegel last week that he had “distanced” himself from Winterkorn, suggesting that Germany’s highest-paid CEO had lost a critical degree of support from his board in the wake of frustrating failures to crack the U.S. market and keep profitability in line with the company’s peers.

That failure has been a rare one: Winterkorn has nearly doubled revenue (to over $220 billion last year) and tripled net income since taking the helm in 2007. But it’s looking all the more expensive as the U.S. market roars back to life while the emerging markets that have driven growth in recent decades, such as Brazil, Russia and China, show signs of slowing down.

With Toyota Motor (TOYOF) firmly entrenched in the U.S. (boasting a market share of 14.1% compared to VW’s 3.2%, according to Wards Autos data), Volkswagen’s long-held ambition of overtaking it as the world’s biggest auto group still looks a stretch.

Piëch is anything but used to such defeats. A similar interview he gave in 2006 ago had effectively ended the VW career of Bernd Pischetsrieder, whom he had plucked from BMW to be his intended successor. He’d shown even more ruthlessness in 2008, mobilizing union and political support to thwart Porsche CEO Wendelin Wiedeking’s highly-leveraged bid for VW–and ending up swallowing Porsche instead. (The fact that Piëch himself is a grandson of Ferdinand Porsche, and thus a cousin of Wiedeking’s then-employers, added a particularly spicy family twist to that episode.)
[fortune-brightcove videoid=4143076306001]

Piëch is due to step down as chairman in 2017. Winterkorn had until recently been seen as his natural successor. What happens now, though is anyone’s guess: VW is a strange beast in terms of governance, with a two-tier share structure and heavy influence from both labor unions and the state of Lower Saxony, where the company is based. The majority of the group’s voting stock (50.73%) is controlled by the heirs of its founding father, Ferdinand Porsche, but that bloc encompasses two warring factions–the Porsches and the Piëchs. Wolfgang Porsche, who chairs the family holding, had said earlier this week that Piëch’s comments against Winterkorn were only his ‘personal opinion’.