How did Bloomberg fix its terminal outage? Rebooting 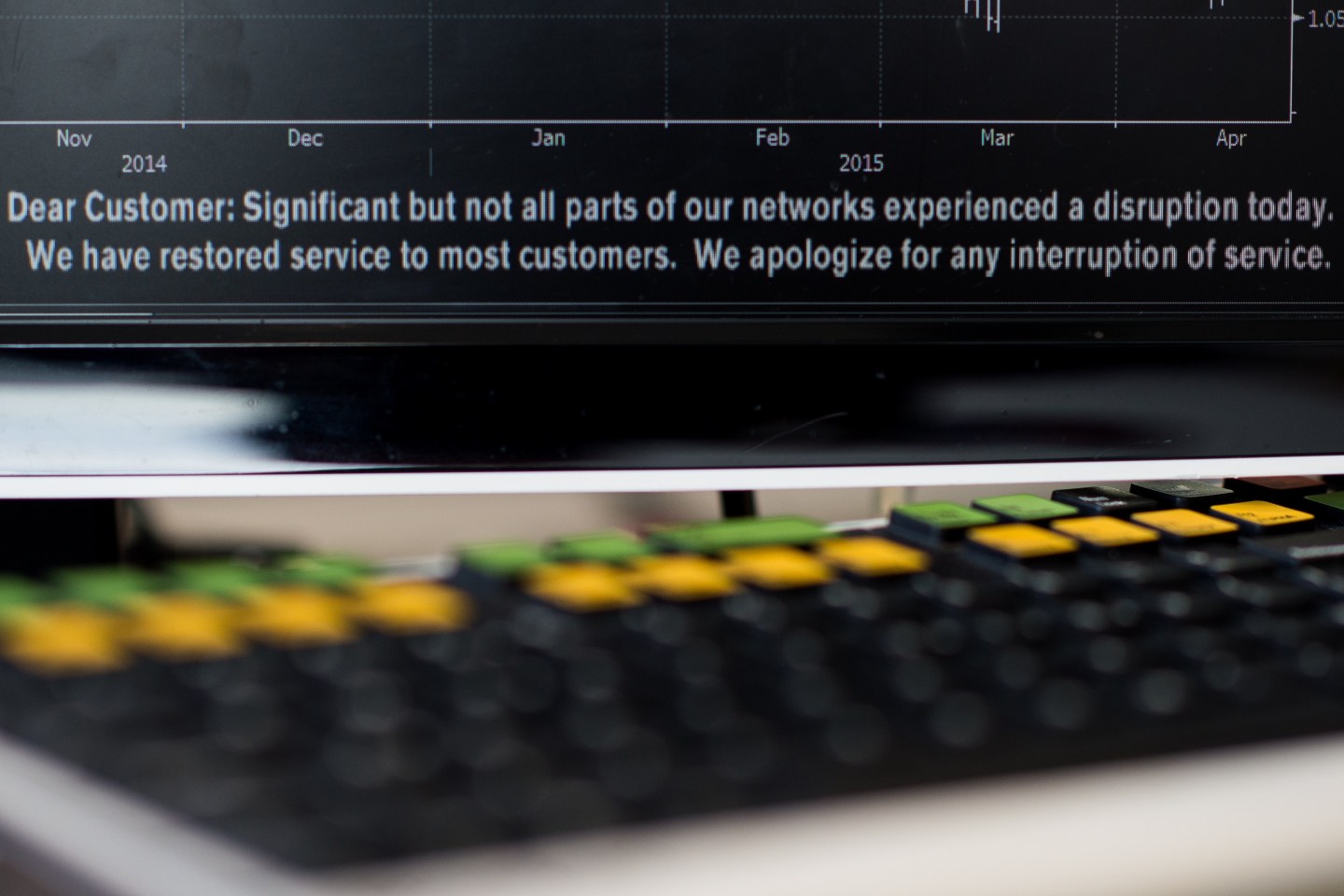 A Bloomberg terminal and keyboard is seen in central London on April 17, 2015. Bloomberg terminals used by subscribers to make trades using real-time developments in business and finance were struck by a "global network problem" for several hours today, the company said. After users in financial centres around the world flocked to Twitter to complain of the unexpected outage of terminals, Bloomberg technicians began repair operations that started bringing some blanked terminals back on line at around 0945 GMT. AFP PHOTO / LEON NEAL (Photo credit should read LEON NEAL/AFP/Getty Images)
Photograph by Leon Neal — AFP/Getty Images

Maurice Moss, as played by Richard Ayoade on the British comedy The IT Crowd, is one of several characters who parody a common technical fix: turning one’s system off and on again.

After an hours-long outage during the wee hours of Friday morning, Bloomberg’s iconic financial terminals came back online. Amid the blackout, traders, market analysts, and business reporters flocked to Twitter to groan, joke, jibe, and jubilate.

By 11 a.m. ET, everything was up and running as normal (and, presumably, all those Wall Street folks had to return to work).

Service has been fully restored. We apologize to our customers for the disruption.

Bloomberg released a statement about what happened, and how it set the problem aright.

We experienced a combination of hardware and software failures in the network, which caused an excessive volume of network traffic. This led to customer disconnections as a result of the machines being overwhelmed. We discovered the root cause quickly, isolated the faulty hardware, and restarted the software. We are reviewing our multiple redundant systems, which failed to prevent this disruption.

What sparked said network failures? And why didn’t the multiple redundant systems prevent an interruption of service? No word on all that yet, although the company has identified an “internal network issue”—rather than, say, a cyber attack—as the probable cause, with more details yet to arise. Fortune has contacted Bloomberg and will keep you posted as we learn more.

For the vox populi take, read our curated “best tweets” about #bloombergdown here.

And for an incredible feature about Bloomberg from the magazine a couple years ago, read this.

Oh yeah, and for a montage of relevant turn-it-off-and-on-again clips from The IT Crowd, watch this.