What’s at stake in the $16.6 billion Nokia-Alcatel-Lucent deal 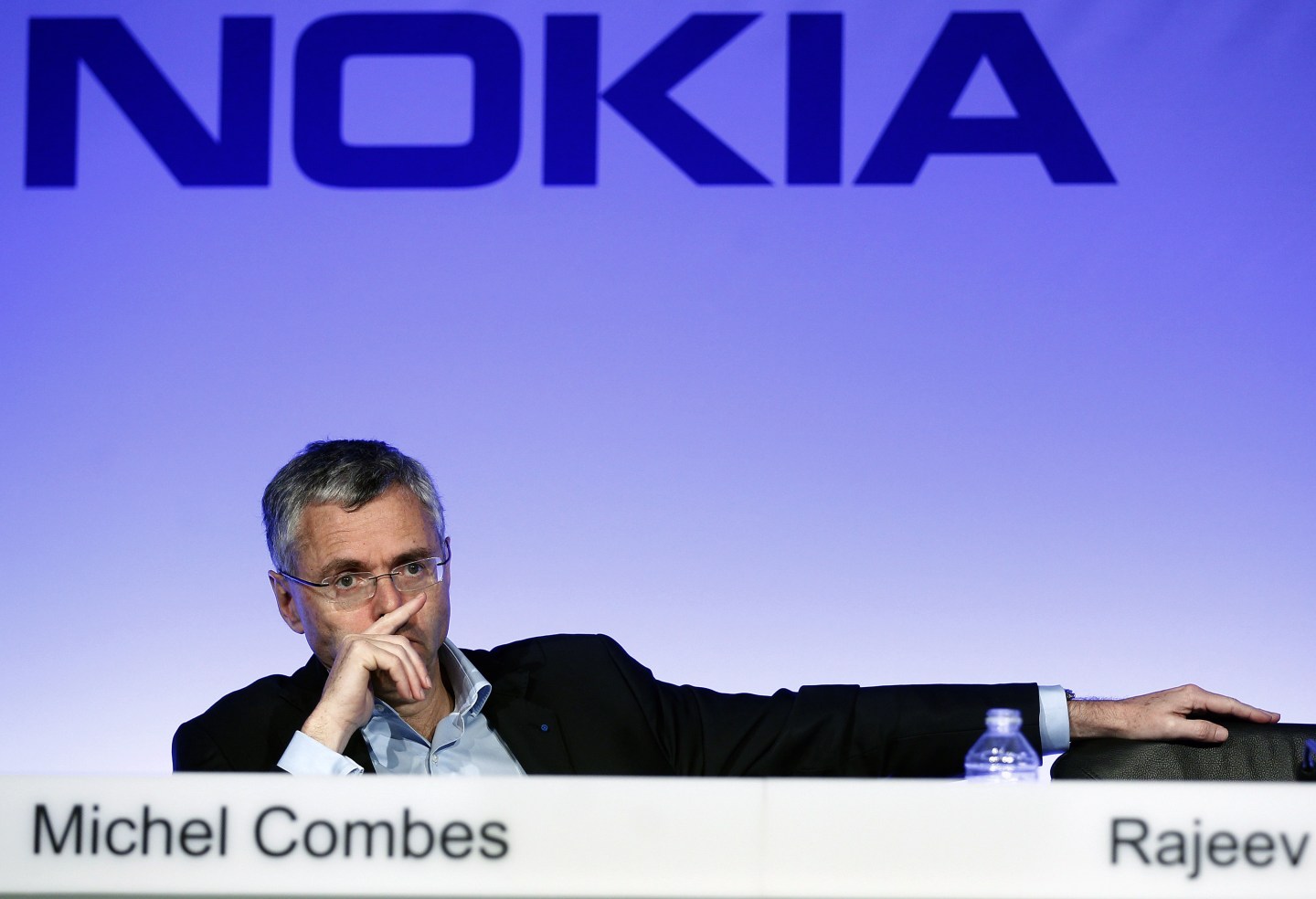 Two of the biggest names in telecommunications networking are merging. Finland’s Nokia is buying Franco-American network maker Alcatel-Lucent in an all-stock deal valued at 15.6 billion euros, or about $16.6 billion. The deal may be finalized in boardrooms in Helsinki and Paris, but the biggest impact of the merger will likely be felt among mobile operators in the United States.

Nokia is essentially buying its way into the U.S., where it has failed to make any sizable dent in one of the world’s largest and most important mobile communications markets. Alcatel-Lucent is a powerhouse when it comes to building wireline networks, but in the fast-growing mobile sector, it has seen its global fortunes decline. One of its last remaining areas of strength is the U.S., where relationships with Verizon, AT&T, and Sprint have landed it some of the biggest LTE contracts in the world.

The deal pairs one of Nokia’s biggest weaknesses with Alcatel-Lucent’s biggest strength. When it closes, the combined company will have a piece of every major 4G radio contract in the U.S. – but it won’t necessarily guarantee a bright future for Nokia on American soil. The deal will make Nokia an U.S powerhouse in the near term, but it will also upturn the longstanding competitive balance in the mobile industry.

Because of the sheer geographical and population size of the U.S., mobile carriers typically pick two to three vendors to build their networks, allowing them to fill out their nationwide footprints more quickly. After Alcatel-Lucent deal closes, the U.S. mobile industry will be left with an infrastructure market dominated by two companies: Ericsson and Nokia. Those companies will be competing for contracts that by necessity require at least two different suppliers. That will open the door for a new competitor, and more likely than not, that challenger will come from Asia.

A shakeup among the cell builders

Nokia expects the deal to close in late 2015 or early 2016, creating a company with 25.9 billion euros (U.S. $27.5 billion) in annual revenues, nearly all coming from telecom infrastructure and software. Nokia sold its handset division to Microsoft (MSFT) last year, and it revealed this week that it is weighing a sale of its other non-infrastructure business, its Here mapping division.

The company will remain headquartered in Helsinki and will have a major telecom presence in Europe, North America, China and the Asia Pacific region.

“Our innovation capability will be extraordinary, bringing together the R&D engine of Nokia with that of Alcatel-Lucent and its iconic Bell Labs,” Nokia CEO Rajeev Suri, who will remain CEO of the combined company, said in a statement. “We have hugely complementary technologies and the comprehensive portfolio necessary to enable the internet of things and transition to the cloud. We will have a strong presence in every part of the world, including leading positions in the United States and China.”

The merger will reinforce what is already tripartite mobile infrastructure market dominated by Nokia, Sweden’s Ericsson, and China’s Huawei. Previously there were half a dozen companies that could build a decent cellular base station, but the mobile data era triggered two big waves consolidation. Alcatel bought Lucent Technologies in 2006, while Nokia Networks merged with Germany’s Siemens a few months later. In 2011, Ericsson scooped up the wireless networking remnants of Nortel in 2011, while Nokia bought the infrastructure division of Motorola.

Carriers weren’t making as much money as they expected on mobile data services, at least compared to the windfall they saw from voice services. That, combined with the global recession of the last decade, triggered a price war that claimed many storied networking companies as its victims. Huawei took the most advantage of that economic situation, using a combination of inexpensive Chinese talent and manufacturing and technological prowess to undercut established powers in Europe and North America. Huawei is now the largest networking vendor in the world.

That dynamic didn’t play out in the U.S., though, due to security concerns about Huawei’s ties to the Chinese government. As long as the U.S. is worried about Huawei’s gear being used to spy on U.S. citizens, the Chinese vendor is pretty much banned from U.S. networks.

That creates a problem for U.S. carriers because it gives them little leverage in an a consolidating market. While Vodafone in Europe or Telus in Canada can pit Nokia or Ericsson against Huawei for better pricing or terms, Verizon and AT&T cannot. Unless another viable competitor emerges, Ericsson and the newly reborn Nokia will have a lock down on the U.S. market, each winning their respective halves of every major contract that comes available.

Samsung may be most known as the world’s biggest maker of Android phones and other consumer electronics, but the South Korean conglomerate has a sizable mobile networks division. Its success has largely been confined to Asia, but in recent years Samsung has branching out globally.

Samsung landed a portion of Sprint’s three-way LTE contract, and in 2012 it pushed its way into Europe, becoming the sole supplier for 3’s 4G network in the U.K. That year, a Samsung senior executive made the rather audacious claim that Samsung would join the ranks of the world’s top 3 mobile network vendors by the end of 2015. It’s highly doubtful Samsung will displace Nokia, Ericsson of Huawei by the end of the year, but if it still hopes to become an infrastructure powerhouse, the U.S. could be its best chance at succeeding. AT&T, Verizon, and T-Mobile will be much more receptive to a Samsung network bid in a post-Alcatel-Lucent world.

Don’t expect Samsung to emerge overnight as U.S. cellular sensation, though. As U.S. carriers add LTE capacity and coverage, they will build on top of their existing networks, meaning the incumbents that supplied the original gear are locked in. The big opportunity to oust an established power is when carriers shift to a new generation of mobile technology, which in the U.S. means 5G.

The mobile industry is looking to new bands and new radio technologies to move today’s multi-megabit 4G connections into the multi-gigabit range as well as build systems that can connect billions of devices in the internet of things. We won’t see the first commercial 5G system until the end of the decade, but Samsung is already establishing itself as earlier pioneer in 5G development. A Samsung networking powerhouse may not emerge until in the U.S. until 2020, but you can bet it’s already plotting its coup today.