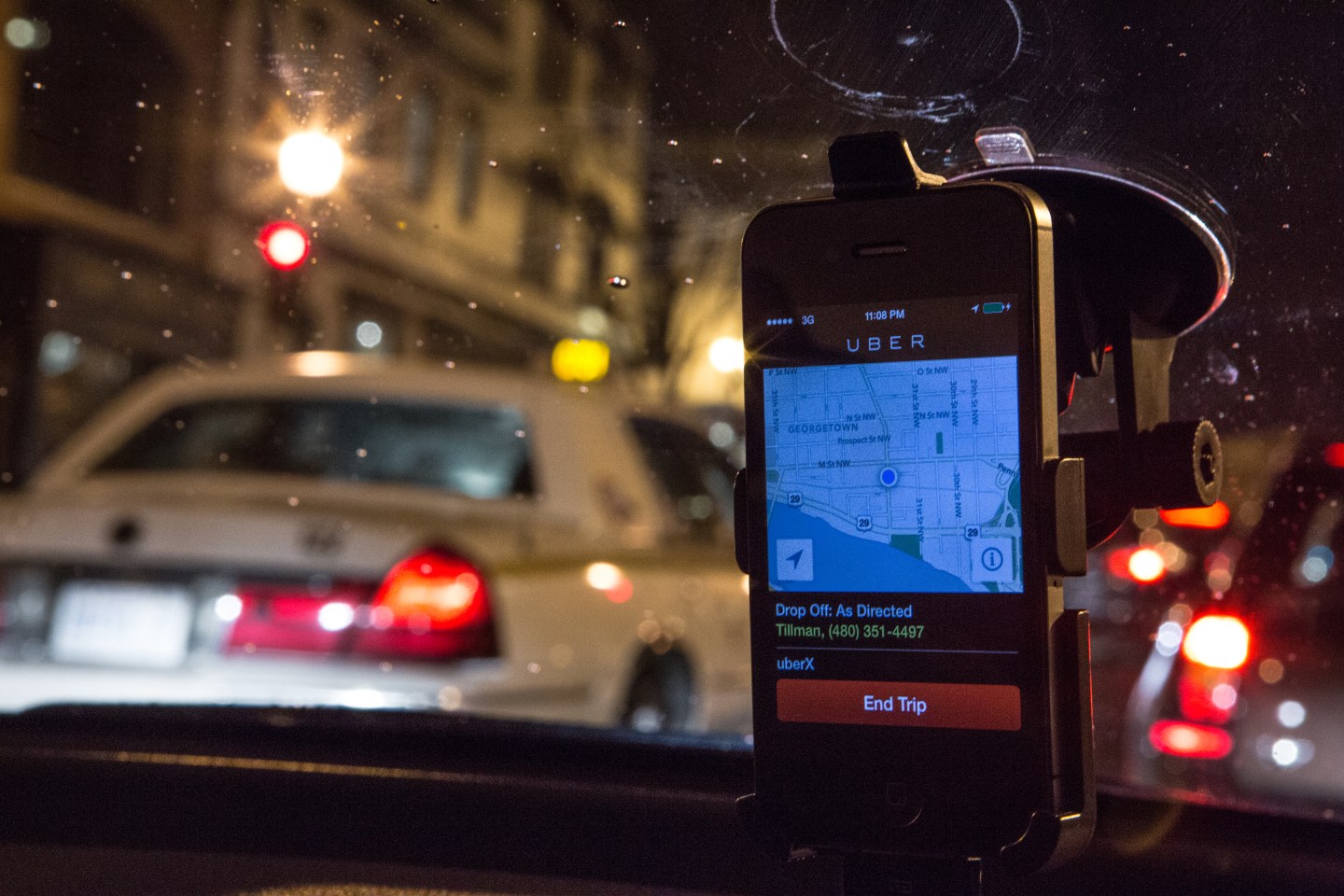 Photograph by Evelyn Hockstein — The Washington Post via Getty Images

Before Jane LeBoeuf started driving for Uber and Lyft, doing her taxes was cheap and easy.

LeBoeuf would swing by the local H&R Block office, pay $150 and end up with a refund. But now, that is not the case.

The 32-year-old from Providence, Rhode Island paid $470 this year to a professional tax preparer, and her refund got eaten up by the taxes on her side gig income.

As it is with so many other millennials – whether they are driving for a car service, renting property through Airbnb.com, or picking up jobs through TaskRabbit.com — LeBoeuf needed help sorting out the complexities of freelance income that comes with a host of possible deductions.

“There are a lot of people out there who are starting to realize they don’t have it all together,” says Robert Wheeler, who runs an accounting firm in Santa Monica, California. “Things are just getting more complicated. People don’t know what to do.”

Accountants point out that one of the biggest problems they see with those earning a sharing-economy income is a lack of record-keeping.

Freelancers like LeBoeuf agree: “I just find it to be too much for me on a daily basis,” she says.

Sometimes all it takes is asking for record-keeping help during the first year. But others need constant attention. Here are some tips on how to get started:

1. Get the right help

Some accountants are starting to specialize in sharing economy tax strategies, like Derek Davis, 28, who is based in Culver City, California.

Davis says he had his eureka moment after a ride home from work one night with an Uber driver who had no idea what expenses he was allowed to deduct, like repairs and gas.

Otherwise, tax preparers who specialize in freelance or small businesses would know their way around a Schedule C, which is where freelancers report income.

Independent contractors are responsible for recording all their income – not just what is sent to them on a Form 1099. Equally, they are responsible for tracking their own expenses. But this can get very complicated for those tracking mileage — when you can count more than just the actual Uber trips you drive, for instance.

And it can be dizzying for those renting out spaces in their homes. For starters, those renting for fewer than 14 days get a break – they do not owe taxes on the income. Go past that, however, and you can deduct any expense directly related to your rental.

Solutions range from traditional spreadsheets to new apps. Intuit Inc, the parent company of TurboTax, partnered this year with the freelance marketplaces Fiverr.com, UpCounsel.com and TaskRabbit to offer for free its new QuickBooks Online Self-Employed, which can be directly transferred to TurboTax.

Drivers can use any number of tools such as MileIQ, EasyBiz Mileage Tracker, and Easy Mile Log to keep track of car expenses.

3. Know what you owe

LeBoeuf was surprised how much her extra income boosted her tax liability and lowered her usual refund. But some people are caught by an even greater surprise — owing money to the Internal Revenue Service.

Many new contractors learn the hard way that you have to pay taxes on freelance income quarterly rather than rely on an employer to deduct enough taxes from a paycheck. Most tax software programs, and any tax professional, should be able to generate an estimate of what you will have to pay based on your projected earnings. Then you can adjust as you go so you do not end up with a penalty for underpayment.