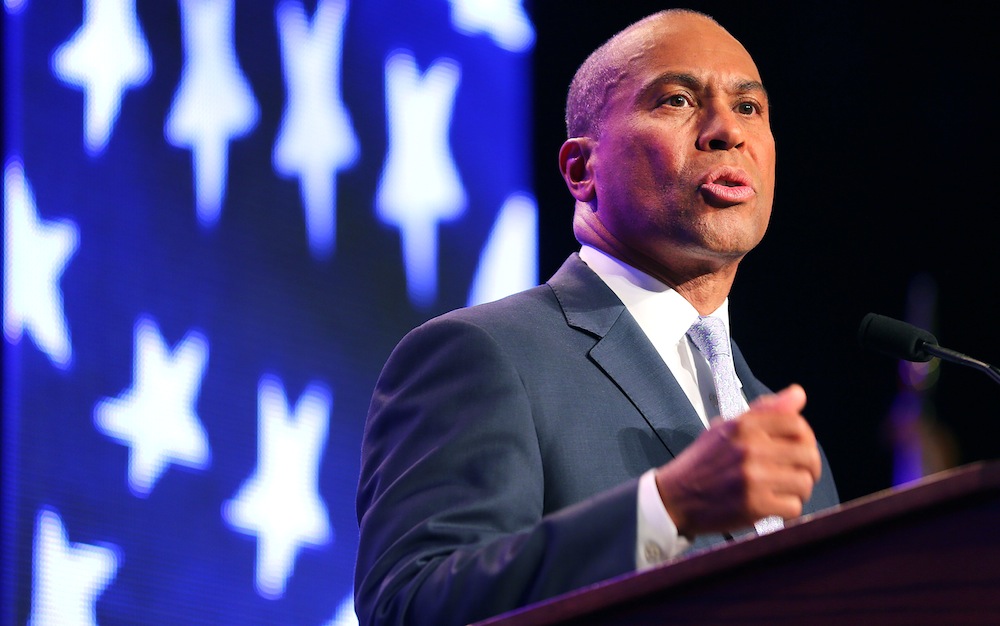 Patrick, however, is not to be worried about any of those appearances (and, for the record, he did defend Bain at the time). Nor does he have interest in a cabinet position in a possible Clinton White House, as he’ll soon be meeting with prospective investors, promising them that he’ll be with Bain for the foreseeable future.

Just before leaving office earlier this year, Patrick told Fortune that he expected to take on a “portfolio” of activities. The first piece of that portfolio appeared to be a “global ambassador” role with the group trying to bring the Olympics to Boston — Bain Capital managing director Steve Pagliuca co-chairs the Boston 2024 Olympics Finance Committee — for which he reportedly would be paid $7,500 per day. But Patrick is viewing the Bain opportunity as fulltime, and has no plans to accept other jobs. He’s even dropped the “paid” part of the Olympics gig, although will continue to attend some strategic meetings (unpaid) when requested by Boston 2024.

With Bain, the 58 year-old Patrick is expected to launch a brand new business line that will raise funds to invest in companies that will (in theory) deliver strong investment returns while also doing good. The sort of commercial propositions that are actually trying to help the people they touch, beyond just selling them something. One example could be a company that operates health clinics in low-income areas, or one that delivers nutritious meals to public schools.

Patrick will be charged with building a team, and then raising a fund that likely will have the flexibility to invest in a variety of asset classes (private equity, venture capital, mezzanine loans, real estate, etc.). No word yet on the fund target, or when solicitation will begin.

One thing Patrick doesn’t really have is a model to follow. There are several investment firms that operate under a social impact umbrella, but most of them are much more narrow in terms of investment focus (with a heavy emphasis toward early-stage venture capital). Patrick oversaw the creation of “social impact bonds” in Massachusetts, but those were relatively small with returns capped at around 5.33% (Bain’s target ROI will be substantially higher).

In other words, Patrick will be blazing his own trail. And, if it works out, someday we might have another former Massachusetts governor with Bain Capital on his resume, asking Americans to elect him president.