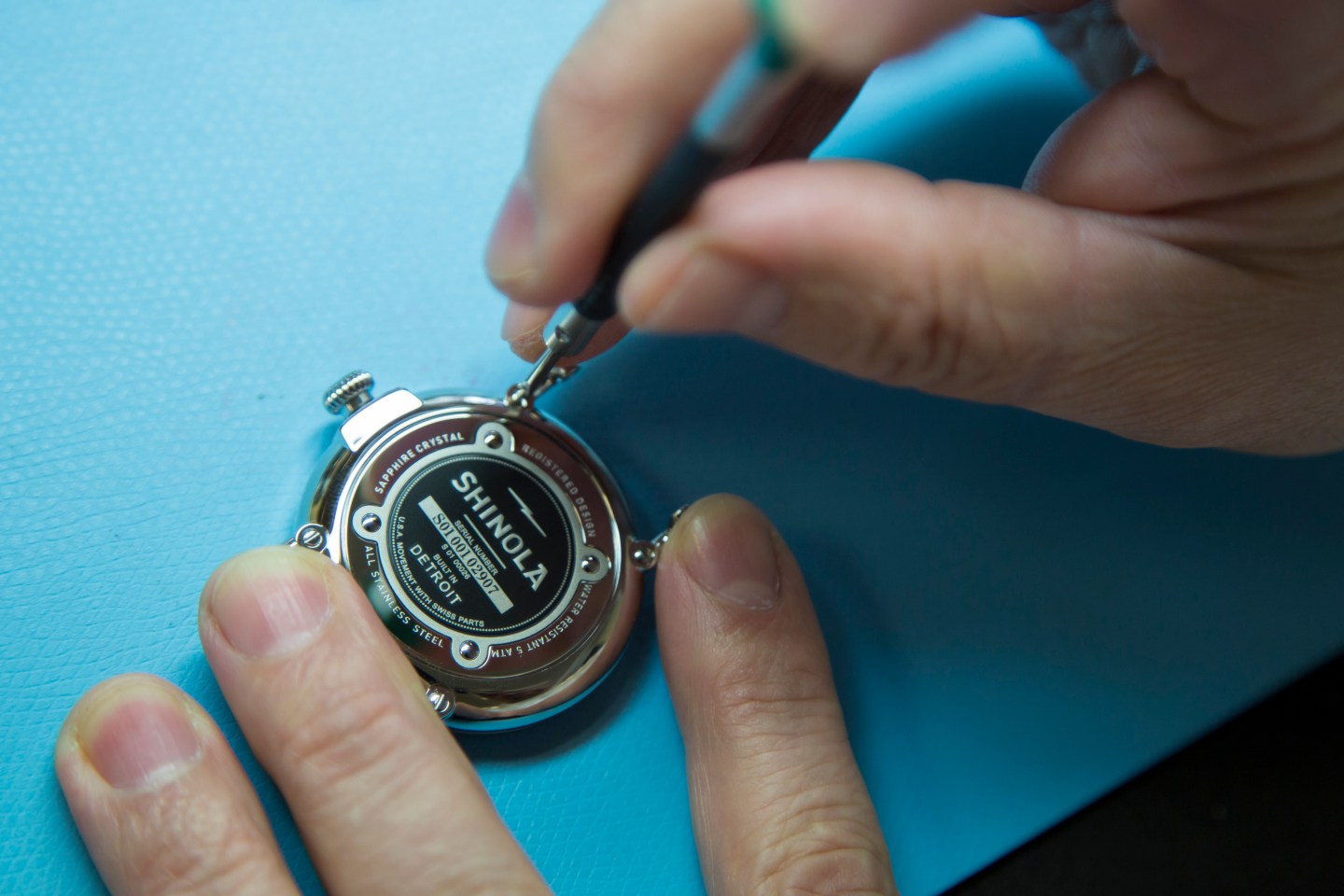 “A watch so smart that it can tell you the time just by looking at it,” the ad proclaims in bold letters. It continues, ” The Runwell. It’s just smart enough.”

Steve Bock, the president of Bedrock Manufacturing which owns Shinola, said in a statement to Fortune about the ad that “There is no doubt that the Apple Watch will bring even more interest to the world of wristwatches, and the idea of wearing technology will create much conversation and success.” He continued:

Apple does an amazing job of updating their technology annually as existing products become obsolete, and the consumer will be able to buy a new watch every year to stay on trend with their current technological advances. Shinola incorporates a very different approach in that our watches, all built in Detroit, carry a lifetime warranty, as they will remain relevant and desirable for years to come.

The Apple Watch’s launch date is April 24. The cheapest model goes for $349. Meanwhile, Shinola’s Runwell for men goes for about $550 to start, according to the company’s website.

(Correction: An earlier version of this story incorrectly identified Steve Books. He is president of Bedrock Manufacturing)