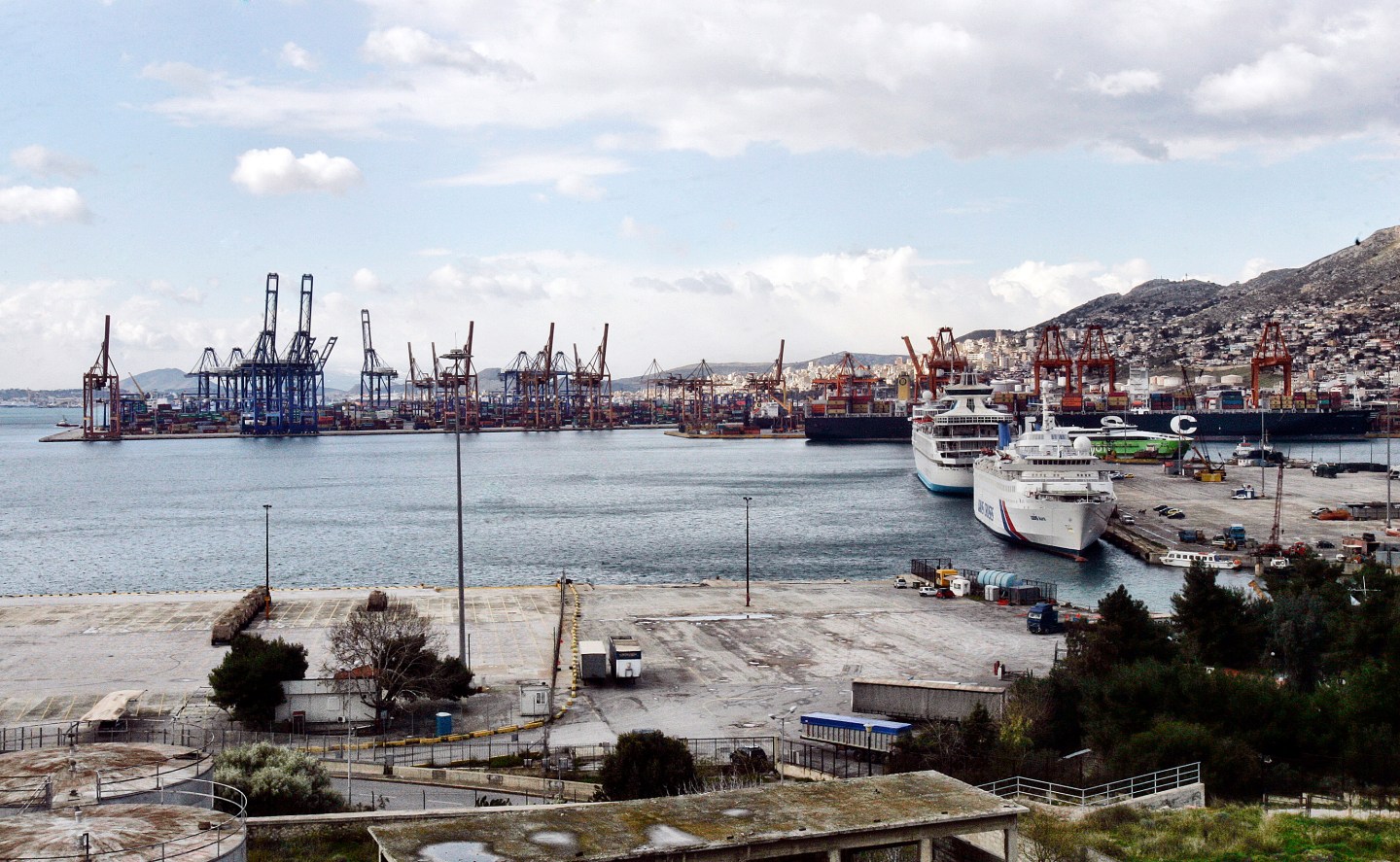 As voters the world over know, political campaign promises can fly out the window when they hit cold hard reality. So it is in Greece: Just look at the major port of Pireaus, which has served as Athens’ shipping harbor since the ancient Greeks ruled the seas 2,500 years ago.

Sadly, the glorious Greek Empire is long gone. And now its descendants in power in Athens are close to selling off Pireaus Port to a current-day imperial giant: China.

The sale, if it goes through as expected, would be a stunning political about-face. It would reverse one of the key promises of Prime Minister Alexis Tsipras’ left-wing Syriza party, which won the Greek elections back in January, partly by vowing to halt the sale of Greece’s strategic assets—one of the biggest being Piraeus Port—as part of his party’s defiance against austerity demands from international creditors. For months since, Greek officials have been loath to admit that their campaign promise will be impossible to keep; Economy Minister George Stathakis told reporters in late February that the port would “remain permanently under state majority holding…as we made clear from the first day.”

But what is much clearer now is that the Greek government’s control over their major port is about to end. As part of Syriza’s deal last month with the IMF, European Commission and the European Central Bank to repay about €240 billion ($254 billion at the current rate) that Greece borrowed back in 2010, Tsipras was compelled to leave Piraeus Port up for sale.

For China, that is excellent news, since its state-run shipping behemoth, COSCO Group, is in pole position to snap up the 67% of Pireaus Port the Greek government controls. Back in 2008, COSCO leased one of two Piraeus terminals in a 35-year operating lease worth about €490 million. For Greece, the infusion of money was a godsend. And for China, the deal brought advantages it has sought in Europe for years: A role in operating Europe’s infrastructure as a partner.

In fact, Pireaus is key to far bigger plans China has for Europe, including huge new trade with some of the E.U.’s fastest growing markets. “There was speculation that a massive investment in Pireaus might open a whole new entry point into Europe from the South,” Alan Murphy, CEO of SeaIntel, a maritime consultancy in Copenhagen, tells FORTUNE. That investment, he says, will be supported by “growth markets in central and Eastern Europe.”

China’s Greek plans are already evident: Huawei now runs a logistics center in Pireaus Port, and a Chinese-built rail link is being constructed to connect Pireaus with Central Europe—a route that could trim several days off the regular journey container trucks and freight trains take from Europe’s three major ports of Hamburg, Rotterdam, and Antwerp. “Look at the map: Greece is really strategically placed,” says Blanka Koleníková, Senior Analyst for the region’s economy for the consultancy IHS, by phone from London. ”It’s the gateway between Middle East, the Balkans, the E.U., so from the Chinese point of view it’s a really good entry point. To have more leverage in Greece it would be highly desirable for China.”

Since COSCO took control of Piraeus’s Pier II, the company has been massively upgrading the port’s outdated crane system and it has built a new deep-water dock capable of accommodating today’s giant new container ships. As a result, traffic in Piraeus has rocketed to about 3 million containers a year. COSCO says it aims to double that by next year if it wins the bid to operate the rest of the port. If it succeeds, Pireaus could feasibly become as big a container port as Hamburg, Rotterdam and Antwerp, all of which sit across the continent.

But that is only part of the story. In fact, Piraeus’s bifurcated operation has become a study in contrasts between two worlds: China’s hyper-efficiency and the deep management problems that beset cash-strapped Greece.

On the one side of the port stand the two quiet piers, still in Greek government hands. On the other is COSCO’s operation, which has become a magnet for monster ships needing state-of-the-art loading gear to move millions of containers. “We are simply twice as fast,” COSCO’s Piraeus chief executive, Chinese Navy captain Fu Cheng Qui, told the German magazine Der Spiegel this week. “We can complete 36 container movements per hour, and time is money. Look, Pier I is almost empty,” he told the reporter, looking out the window at the Greek-run side of the port. “That is very sad.”

Sad indeed, as much of Greece’s dire situation is. Since being elected, Tsipras and his key ministers have been in constant motion in Brussels, Paris, Moscow—and Beijing—attempting to forge agreements, and to plead for enough time to stave off bankruptcy, and so avoid Greece’s exit from the Eurozone. On Thursday Greece repaid a €450 million loan to the IMF with just hours to go before defaulting.

But there are far more debts to be paid, and Greece’s public deficit is currently about 175% of its GDP. For Tspiras, warding off total bankruptcy has become a lot more urgent—and doable—than implementing the anti-austerity program that catapulted his Syriza party to power. If that means selling Greece’s prized assets to Beijing, it now seems worth ditching his statement that he would hold on to the country’s strategic assets. He would not be the first politician, nor the last, to break his election promises.