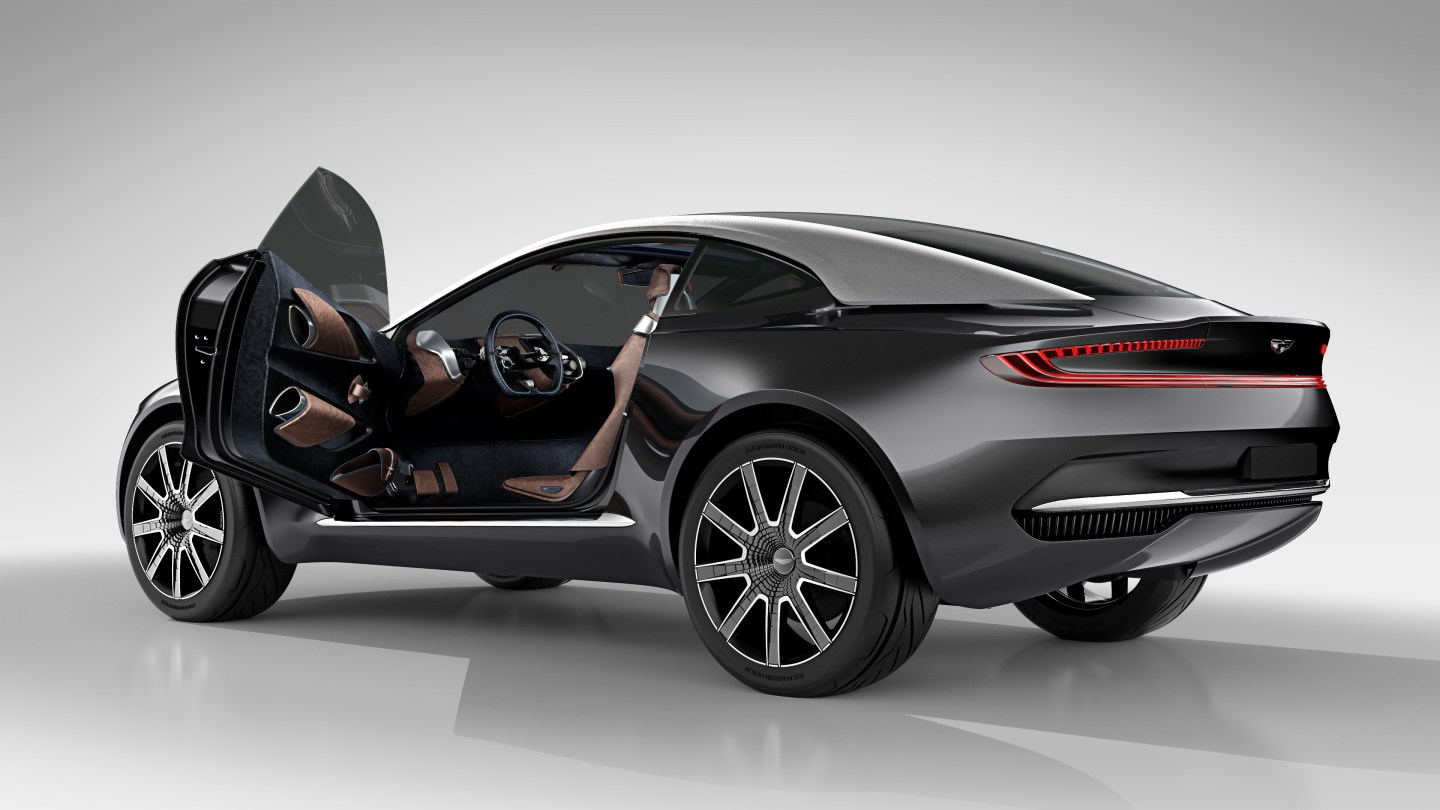 Aston Martin is working on a four-door plug-in hybrid version of its DBX crossover, the automaker revealed this week at the New York Auto Show. It will appear similar to the DBX concept above, but with two extra doors.

Unlike the concept showcased in Geneva, it will have four doors instead of two; plus, the automaker’s still adjusting its overall dimensions to make it roomier inside. While it will debut as a plug-in, CEO Andy Palmer says that if the company proves electric works, then it ‘would be a nice place to go.’

When asked about his company’s overall business strategy, Aston CEO Andy Palmer told Autoblog: “First is replacing the entire sports car range; second is the DBX, and that appeals to a different set of audiences; and the third is the sports sedan, which will carry [the Lagonda] badge.”

News of the upcoming model comes over a month after Aston Martin said that its latest $2.3 million car will come with a training program for prospective owners.

The DBX crossover’s launch is planned at a time when supercar sales have been climbing since 2009.