What Apple’s iCloud Photo Library could’ve been, but isn’t 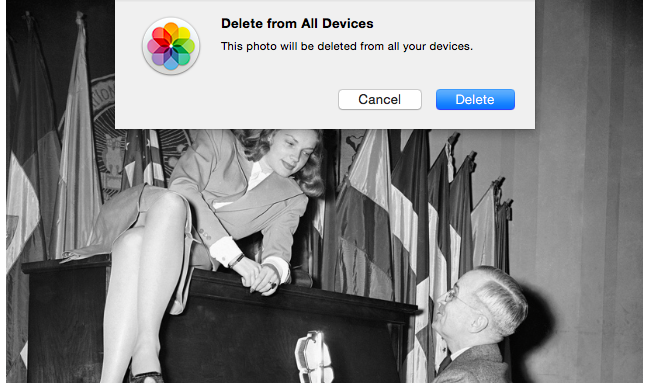 In one of his Hypercritical podcasts circa 2011, neither of us can remember which, John Siracusa suggested that Apple had an opportunity to offer a photo storing service few competitors could match.

It could save, somewhere on the giant server farms it had just started to build, a permanent copy of every photo taken by any of its hundreds of millions of customers.

There’d be an annual fee, of course, to cover costs. But I for one would happily pay for the peace of mind that comes from knowing that the photos of my children on my backup hard drive have a backup in the cloud.

I thought when Apple introduced iCloud Photo Library last June that my wishes — and Siracusa’s dream — had come true.

Ten months later, with iCloud Photo Library finally out of beta, I’ve discovered I was wrong.

There’s nothing permanent about the photos stored on iCloud Photo Library. In fact, it’s a place where your photos can easily, permanently disappear.

What kind of library is this? I’m confused. And looking back at the MacRumors comment stream from Oct. 2014, when the beta was released, I find that I’m not alone. See I don’t understand iCloud Photo Library.

I was surprised not to find a similar discussion on Apple’s Support Communities, so I started my own.

‘This photo will be deleted from iCloud Photo Library on all your devices.’ WTF?

Feel free to weigh in. Maybe someone at Apple will notice.