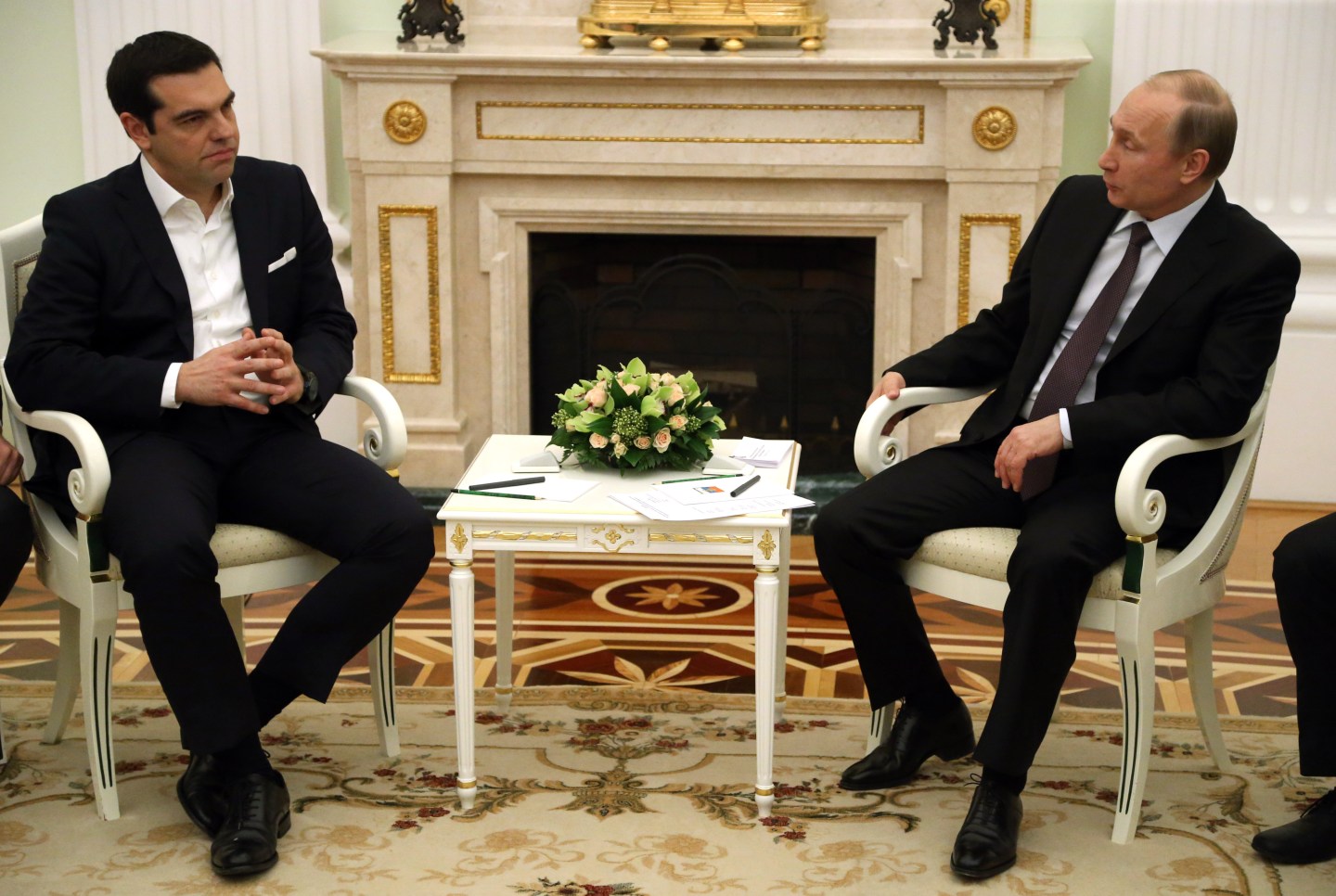 Greece confirmed Thursday that it is indeed paying a €450 million ($484 million) debt repayment to the International Monetary Fund as scheduled, Reuters reported a government official as saying.

That news buys Athens a bit of breathing space as it tries to persuade its Eurozone creditors to soften the terms for unlocking the remaining €7.2 billion in its bailout program: local stock and bond markets both put in a healthy bounce Thursday morning in Europe.

However, the two sides are still far from resolving the bailout stand-off. A list of proposed alternative reforms sent by Greece last week is still under discussion by skeptical Eurozone officials. Reuters said Athens appealed for liquidity support at a meeting of deputy finance ministers in Brussels on Wednesday night but was told there must first be progress on the stalled list of measures to make public finances sustainable.

“From the Greek side there was a strong statement that liquidity is getting really bad and there was an appeal to release some type of liquidity support before the euro zone finance ministers’ meeting on April 24,” a euro zone aide said.

Any hopes that Greek Prime Minister Alexis Tsipras might have had about Russia plugging the gap in the country’s finances were dashed Thursday when a trip to Russia’s Vladimir Putin ended without anything concrete to show. Putin said there had been “no request for aid” from the Greek side and also refused to exempt Greece from Russia’s ban on E.U. fruit and vegetable imports

However, Tsipras had some rare encouragement from the home front Thursday, as new data showed that the economy was performing better than expected. Industrial production in February was up 1.9% from a year earlier, way better than the 2.1% decline expected. And the unemployment rate also ticked down, albeit only to 25.7% of the workforce from 25.9% in January.

Leading the recovery has been the key tourism sector, which said on Wednesday that international arrivals in the first quarter were up 29% from a year earlier at 810,000.

Ironically, that coincided with some surprisingly downbeat news out of Germany, whose economy has been motoring in recent months. Industrial output rose by only 0.2% in February after a drop of 0.4% on January (the January figure was sharply revised downward from initial estimates). That followed a similarly disappointing set of data on new orders to the key manufacturing sector on Wednesday. They’re now down 1.3% on the year.