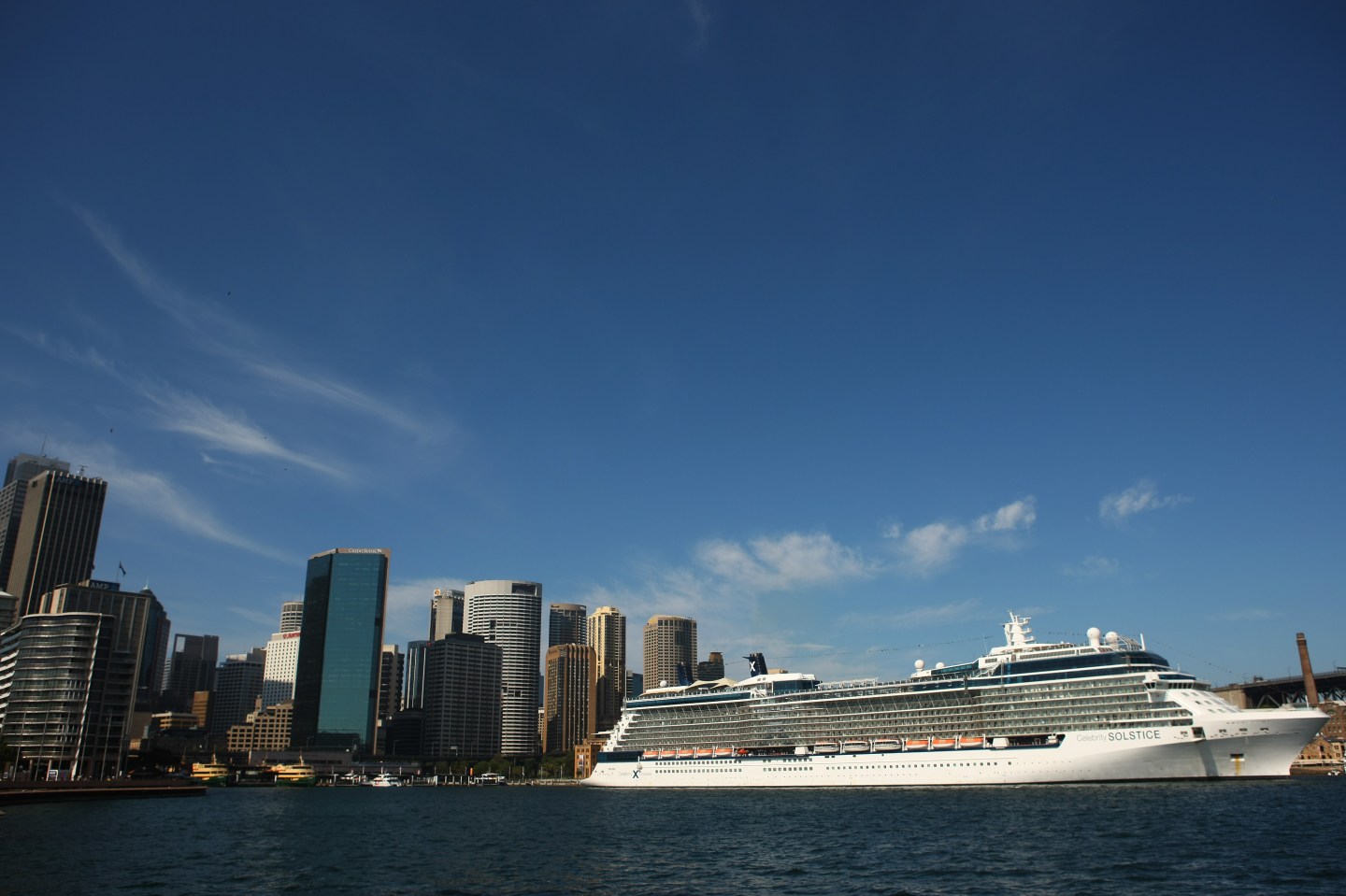 Celebrity Cruises, one of Royal Caribbean Cruises’ (RCL) higher-end and biggest lines, is charting a course for more growth.

The second-largest cruise company by revenue and passenger-load is planning to add another two ships to its current fleet of 11 over the next few years, greatly increasing its capacity in anticipation of continued growth.

That growth will come from a variety of sources: a bigger focus on the Chinese tourists who are driving the cruising industry’s boom, an even bigger focus on retail and culinary experiences, and, crucially, for an industry often associated with retirees, attracting the next generation of customers.

Lisa Lutoff-Perlo, one of the cruising industry’s most powerful women, took the helm of Celebrity in December, after two years as executive vice president of operations for Royal Caribbean’s namesake line, during which she developed and launched the next generation of cruise ships the company calls Quantum.

Parent company Royal Caribbean has been on a tear lately, giving a strong 2015 forecast and laying out an ambitious plan to become a major player in China. Lutoff-Perlo, who spoke recently with Fortune about her plans for the Celebrity Cruises brand, knows cruising companies will have to fight hard for each passenger they get. Here are excerpts of that interview.

Fortune: Today’s vacationers have an embarrassment of riches when it comes to travel options. Who do you see as your competition?

Celebrity has a partnership with Canyon Ranch spas and does an annual cruise with Top Chef contestants. Why?

It’s to gain credibility and the attention of people who care about culinary as much as we do. And today, cruising has to offer new experiences to be in step with modern luxury. It’s what customers expect.

How important is China to Celebrity? We know your parent company is making a big effort to serve that market, even deploying one of the Quantum ships you launched to Shanghai, rather than have it do Caribbean itineraries as initially planned.

We believe China is an opportunity for Celebrity and we believe that opportunity exits with the very large population of Chinese who are leaving China to take a vacation, outbound for international travel more than just in the local region. It’s an opportunity that we will start pursuing over the next few years. (For now however, there are no fixed plans to have Celebrity ships leave from China.)
[fortune-brightcove videoid=3948774434001]

How much of an opportunity is improved retail for the cruising industry?

They (Chinese passengers) shop a lot on the ships. I just left Royal Caribbean not too long ago and Chinese retail was huge for the Royal Caribbean brand: Breitling, Omega, Michael Kors, Cartier, Bulgari, Ferla — they are all looking to expand into Celebrity. Kate Spade just came in; Cole Haan too.

Once you get one of those brands, they all want in. They’re coming to us to a much higher degree than ever before, since it’s proven that cruising works for retail.

You trying to diversify your customer base. Why?

Diversity is important to us. Our population is changing, so why would the population on our ships replicate our demographic. The LGBT community is also a big community that we are looking at.

Cruising is often seen as a older person’s vacation. How are you lining up the next generation?

I really need to wrap my head around Millennials and how they fit into the Celebrity brand and modern luxury experience.