Battered, shabby and unloved – and that’s just the statue 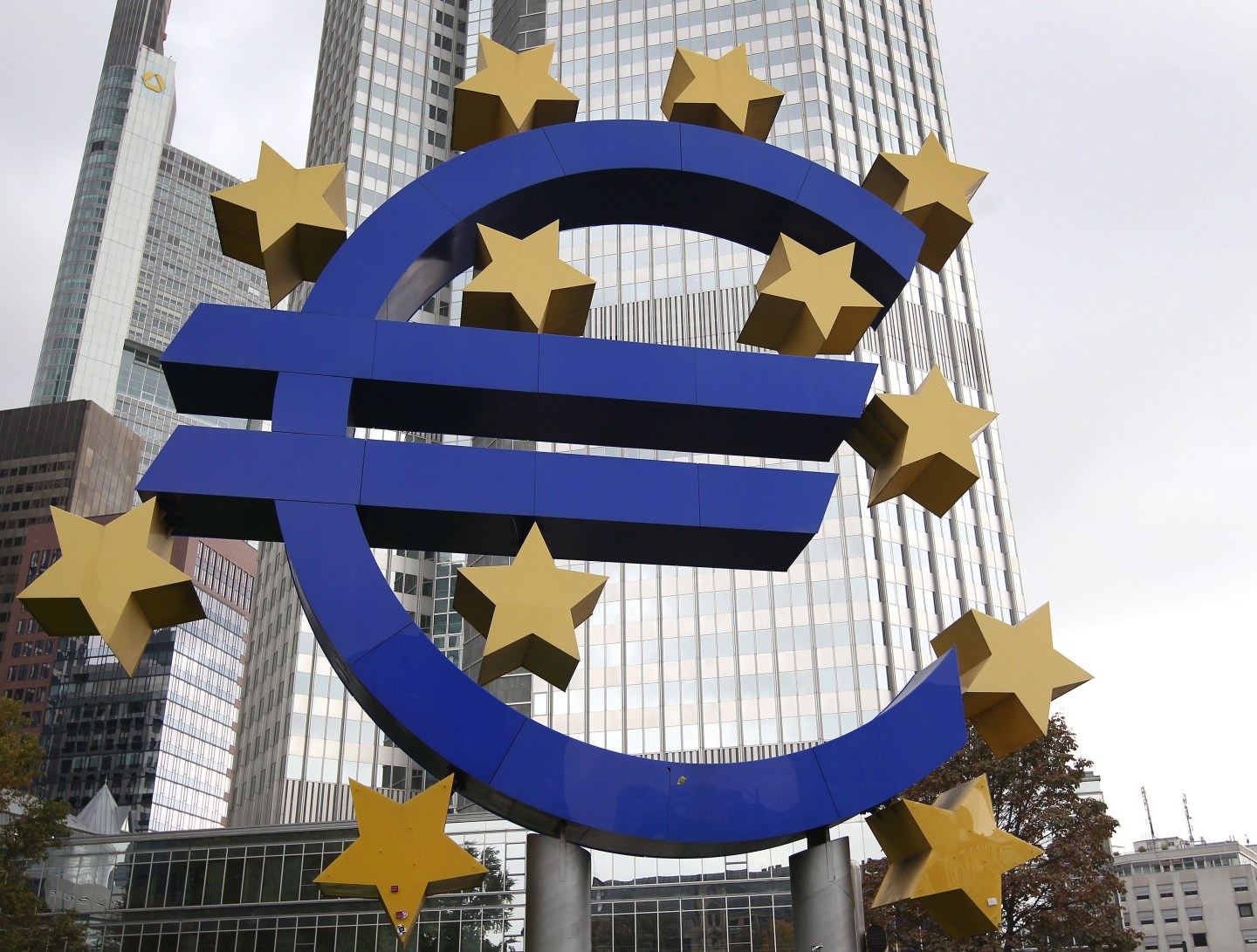 The EURO logo is pictured in front of the European Central Bank, ECB in Frankfurt/Main, Germany, on October 26, 2014. Nearly one in five banks subjected to a crunch financial health check by the European Central Bank have failed the test, though no major banks were among them, according to official data. AFP PHOTO / DANIEL ROLAND (Photo credit should read DANIEL ROLAND/AFP/Getty Images)
Photograph by Daniel Roland — AFP/Getty Images

It’s not an allegory. Really it isn’t.

How can you resist the parallel between the shabby, rundown appearance of the euro statue outside the old premises of the European Central Bank and the fact that the currency itself has lurched to a series of multiyear lows against the dollar this year?

The Wall Street Journal reports that the over-familiar (it really doesn’t deserve ‘iconic’, does it?) statue on Willi-Brandt-Platz in Frankfurt has fallen on hard times since Mario Draghi removed his cohorts to swanky (and massively expensive) new premises a mile up the river Main.

Obsolete lighting, vandalized stars and bumper stickers smeared across the supporting pillars are just the most visible signs of decay in a statue which once spoke of a brighter, more unified and harmonious Europe; a latter-day Ozymandias admonishing the overawed traveller observer to look on the works emanating from the drab gray tower behind it, and despair (insert euroskeptic joke here).

This drab gray tower, it said, is not just any drab gray tower. This is a tower where one is (in the deathless phrase of Jean-Claude Trichet) ‘credibly alert’, never ‘pre-committed’, and never, ever, more than cautiously optimistic.

But it’s not the physical decay that hurts, it’s, it’s…the unbearable descent into irrelevance. Last month, when anti-capitalist protesters trashed most of Frankfurt, they didn’t even touch it (albeit that was maybe because the police were guarding it a lot better than their own cars or the city’s trams).

But what can be done? The new lights that need to be installed, along with other repairs, will eat up €60,000 this year alone. The city doesn’t want to pay for it. The ECB shrugs that it doesn’t own it (although it does contribute a bit to its upkeep), and, according to the WSJ, the artistic director of the state theater right next to it would like nothing better than to see it torn down. (Anyone who thinks the lights aren’t needed has never lived through the two months of damp murkiness that passes for spring in Frankfurt.)

Always willing to offer constructive advice, Fortune humbly suggests the statue be gifted as a gesture of goodwill to that European people who know better than anyone else how to make money out of magnificent ruins.

Just don’t argue about who’s going to pay for shipping it to Athens.