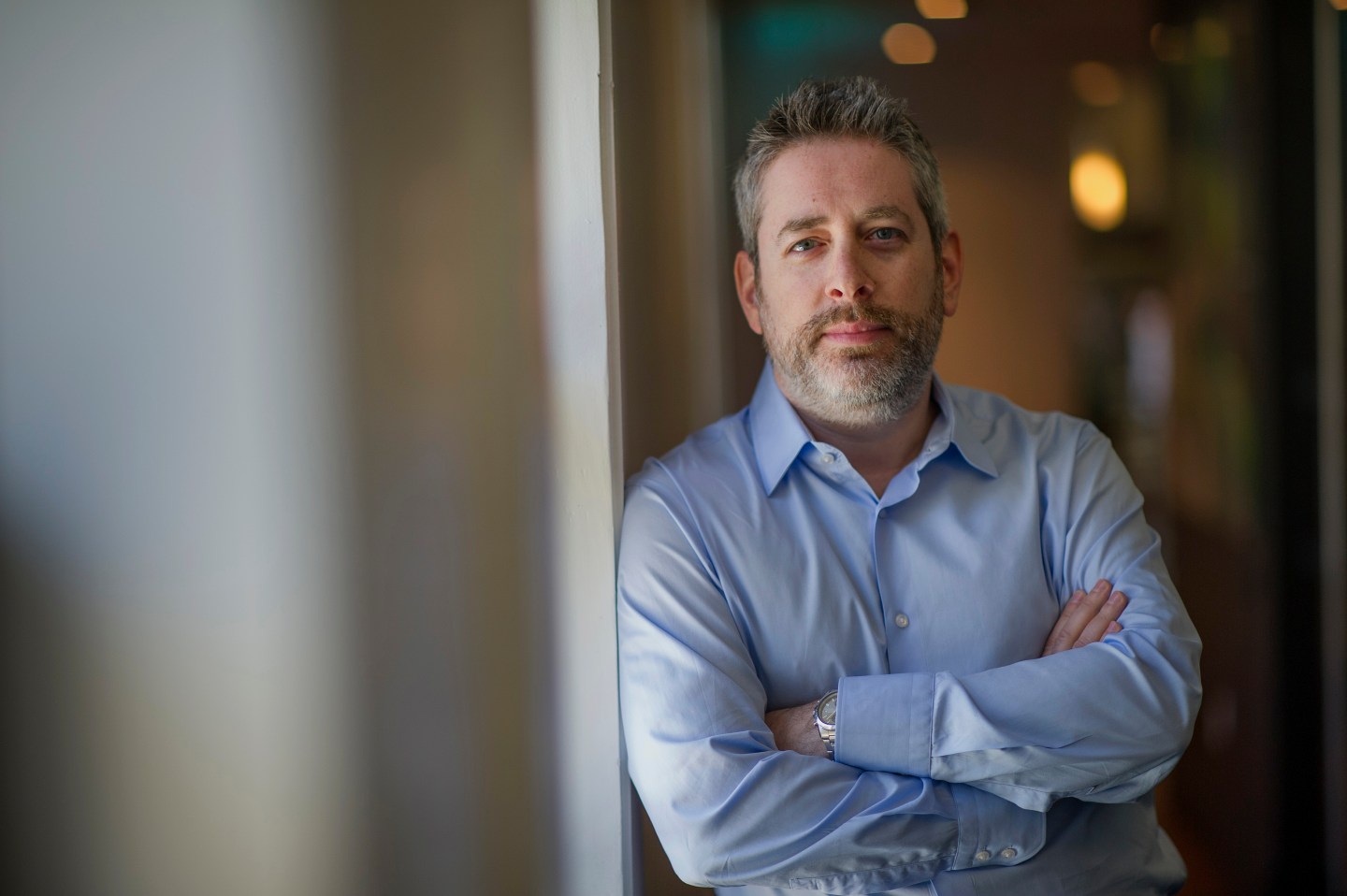 Jonathan Abrams, chief executive officer of Nuzzel Inc., stands for a photograph after a Bloomberg West Television interview in San Francisco, California, U.S., on Tuesday, June 17, 2014. Nuzzel Inc. provides a stream of links that collects all the most-shared content on social network feeds and presents them in a easy-to-read format. Photographer: David Paul Morris/Bloomberg via Getty Images
Photograph by David Paul Morris — Bloomberg via Getty Images

Before there was Facebook, MySpace, and certainly long before Snapchat, people connected through Friendster, the social network of its time founded by Jonathan Abrams.

“I guess it’s true, I was working on social products before it was called ‘social,'” Abrams told Fortune.

These days, Abrams is working on his new startup, Nuzzel, a mobile app that shows users news articles based on what their friends on social networks read. Since its founding in 2012, Nuzzel has gained considerable traction among the tech crowd as a spigot of news that, in theory, is tailored to the individual interests of its users.

After his early but fleeting brush with success, Abrams, now 45, is again trying to make a splash. He’s a serial entrepreneur who faded from the spotlight, but never really stopped after leaving Friendster behind.

If you had Internet access in the early 2000s, there’s a chance you’ll remember Friendster, the online water cooler of its era. Friendster was one of the earliest social networks as we know them today. It let people create an online profile, connect with friends, and share photos and comments. Users flocked to the site for its novelty and the voyeuristic opportunity to see who knew who.

Abrams, for a brief moment, was the Mark Zuckerberg of that era. He was a superstar Silicon Valley entrepreneur at a time when the tech industry was slowly recovering from the implosion of the dot-com bubble. Friendster attracted media buzz, and top Silicon Valley venture capital firm Kleiner Perkins signed on as one of its biggest investors.

But despite the early success, Friendster succumbed to a slew of management and technical problems. The company couldn’t keep up with the deluge of traffic – to the point that the site barely worked – while efforts to fix the software created bugs that blocked users from logging in. After Friendster traffic started free-falling, its board pushed Abrams out over disagreements about the company’s management and strategy. The site was defenseless in the face of MySpace’s rapid rise, and practically dead by the time Facebook opened its doors beyond college kids to everyone in 2006.

Eventually, Friendster was acquired and pivoted into a gaming network focused on users in Asia. A few years ago, in a sign of both its trailblazing status and lost potential, Friendster sold its portfolio of social networking patents to Facebook.

After Friendster, Abrams moved onto to new ventures: Investing in a San Francisco bar, and founding Socializr, a site for organizing events that he sold after it went nowhere. Then Abrams created Founders Den, a co-working space in San Francisco for start-ups he built in 2011 with three other partners while he was in-between projects.

But the entrepreneurial bug never left him. A year later, he founded Nuzzel as the next chapter in social networking. Before, in the early social networking days, people wanted to connect online with their real-life friends. now, he argued they want to see what friends are doing online and get their recommendations.

To use Nuzzel, people link it to one or more of the social networks they use like Facebook. The app then uses algorithms to sift through and pick out popular articles that people they’re connected with are sharing. Twitter — and its unfiltered feed of news links — lends itself particularly well to the service. Nuzzle both makes sure to surface a potentially relevant article even if the user didn’t notice it on Twitter, and custom-tailors the user’s reading list by picking out only the popular articles.

On the downside, Nuzzel also carries the risk of becoming an echo chamber, as CEO of research firm Altimeter Group and avid social media user Charlene Li told Fortune. Users who only follow one set of people, all with the same interests, risk seeing the same articles recommended to them or the same sources. To avoid this trap, Nuzzel recently introduced the ability for users to create custom lists to follow people outside of their social media network and what they’re reading.

For now, the company, which has $3.4 million in venture capital funding, makes no money. But sponsored stories and advertising are possibilities in the future, Abrams said. He declined to say how many users Nuzzel currently has.

Whatever the case, Abrams says he’s focused on building Nuzzel – it recently released its app for Android phones – and giving back to the community by mentoring other entrepreneurs at his co-working space and through other organizations. It’s something he says he’s done ever since he landed in Silicon Valley from his home country of Canada many years ago.

“This really isn’t a real estate business, we created a community,” he said of the co-working space while lounging on couch chairs there. Then, reflecting on his career in social networking, he said in hindsight, “pretty much everything I’ve done has been about community.”