A laggard in tablets, Dell keeps on trying 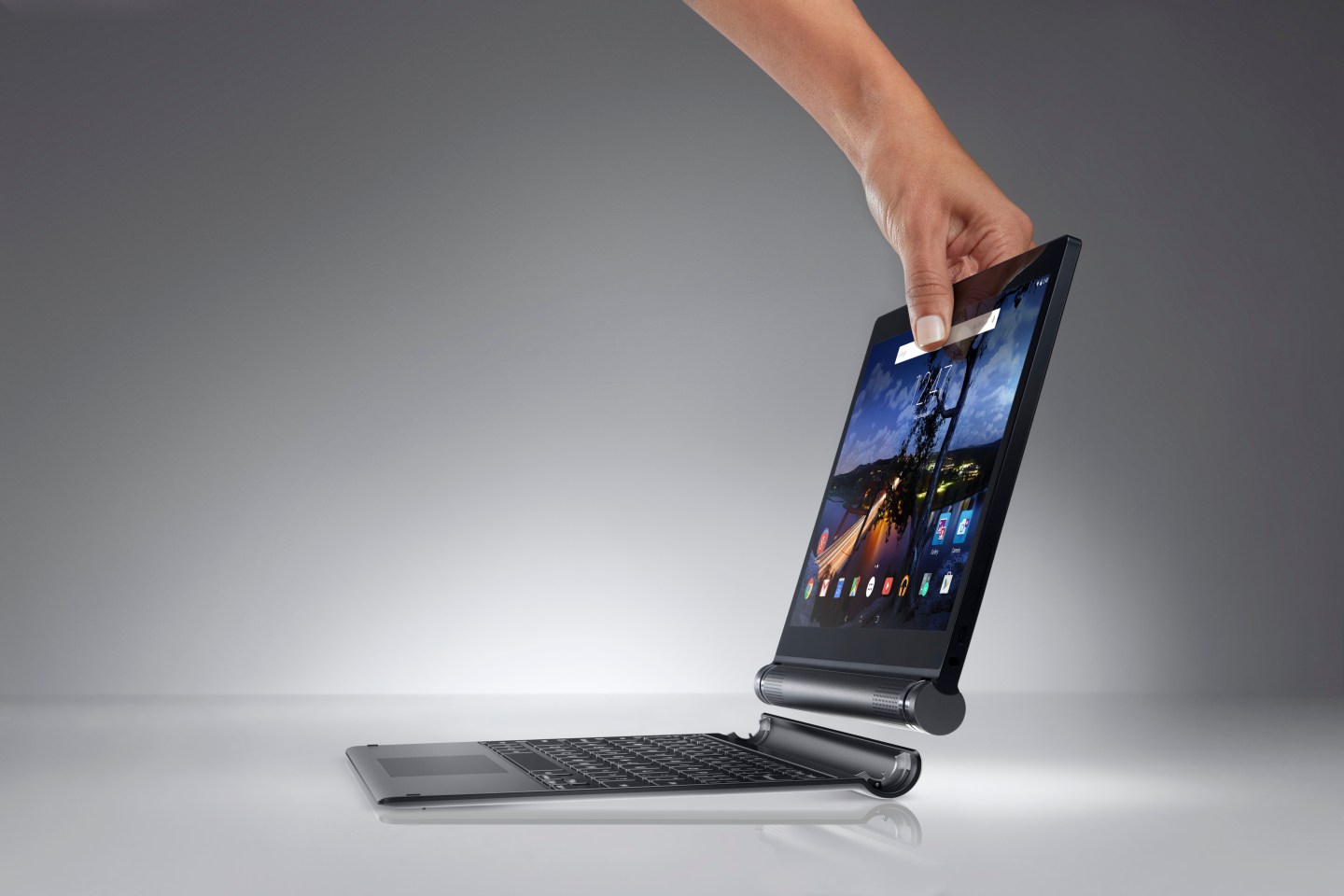 If you’re a millennial-aged entrepreneur or professional, you are Dell’s latest target market.

On Wednesday, the company unveiled the Venue 10 7000, its new tablet whose most noticeable feature is a detachable and reversible keyboard that makes it feel fairly versatile.

And that’s exactly what the Texas-based hardware giant wants. Equipped with Google’s newly released Android 5.0 and Android for Work, the enterprise version of its popular operating system for mobile devices, the new Venue 10 is supposed to be a device for both business and personal use. You can use it to watch movies at home, pop the keyboard in to answers some emails from your boss, and everything in between.

Dell is trying to gain traction in a tablet market dominated by Apple by focusing more on corporate customers. So far, Dell has yet to crack the top five in tablet market, which Apple led with a 28.1% market share at the end of 2014 followed by Samsung with 14.5%, according to IDC. By missing the boat on tablets, Dell has lost out on a potentially huge market as people at work and home shift between desktops, laptops, and mobiles devices. Despite the struggles, the company continues to invest heavily in tablets in hopes of a break-through.

In 2013, Dell, a long-time publicly traded company, went private so that it could focus more on retooling its business without the pressures of Wall Street investors. It’s still a work in progress.

Dell first launched its Venue brand in 2012 for smartphones, but shifted to Windows and Android tablets the following year. It’s since released a handful of models, with the most recent one, the Venue 8 7000, making its debut at this year’s CES gadget conference in Las Vegas.

Microsoft took a similar approach with its Surface tablets, which it hoped people would use instead of laptops. It gave them detachable keyboards, and touted the tablets’ familiar operating system and productivity tools, Microsoft Office, for all business needs.

But Dell, a long-time maker of Microsoft Windows-based computers opted to go with Android here. Aside from the fact that it’s been making Android tablets for a while now, Dell seems to have gone with a strategy that is increasingly being adopted: keeping it all in the operating system family.

“You connect to your phone a lot,” Hand said, referring to people’s use of multiple devices today, both at home and at work.

Hand said he uses a Nexus 5, an Android-based smartphone, so he’s likely enjoyed their complementary abilities while he’s been testing the new tablet. He also politely avoided bashing Microsoft’s unpopular smartphones when I asked about it, simply saying that it comes down to looking at the market share numbers.

Another interesting factor into the Dell’s targeting of young professionals, or “millennials,” is the growing use of Google’s products both in schools and by students at home. Today, a lot of high school and college students are taking care of school work using Gmail, Google Drive, and other Google tools. So both Google and Dell are banking on the fact that these students will want to stick to the tools they know and love even as they graduate into the professional world.