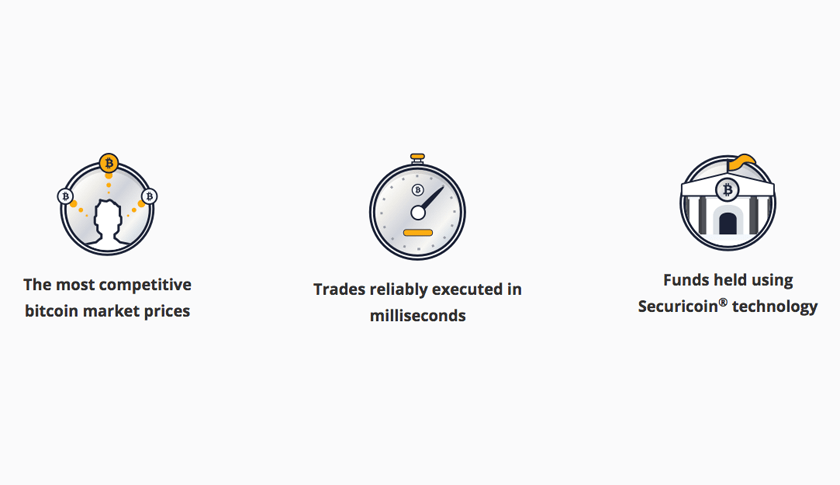 You may think the bitcoin industry is barely getting started, still in its infancy. But the space is already consolidating.

Coinsetter, a New York-based bitcoin exchange aimed at Wall Street traders, announced Wednesday that it has acquired Cavirtex, a Canadian bitcoin exchange. “We expect to do and see more of this,” said Coinsetter CEO Jaron Lukasiewicz. “I look at this as the beginning of a broader consolidation of the space.”

Cavirtex — the name is a portmanteau of Canadian Virtual Exchange — has a checkered recent history. The site was victim of a hack in February and had to hastily shut down operations. Another Canadian bitcoin exchange, Vault of Satoshi, had shut down one month earlier.

Now Coinsetter is bringing Cavirtex back (the site reopens for trading today under the same name, but with a redesigned home page) primarily as a play for Canadian bitcoin traders, who Lukasiewicz believes have had no good options. “Every single exchange that currently exists in Canada is very poor quality, it’s almost unbelievable,” he said. “So our goal is really to come into the market with our great trading technology, and I am confident that almost every Canadian customer will come back to us. There’s no reason they wouldn’t try us out. The other options in that market are very bad.”

As for Cavirtex’s security issues, he said, “I don’t want to speak too much about their security, but it’s not like an outside hacker came in and breached their system, it was a little weirder and more complex. We’ve been able to contain it completely. So the security concerns that existed, I feel comfortable with.”

Bitcoin exchanges have multiplied recently, but the move by Coinsetter may be a sign that the opposite is about to happen. Much has been made in the space over the New York Stock Exchange backing Coinbase’s bitcoin exchange. Lukasiewicz says Coinbase is indeed a competitor, but argues, “I’d call them more retail focused, and we are really focused on being a back-end liquidity provider for forex companies and other use cases. If I were investing in a bitcoin startup, I’d choose Coinsetter, rather than a company with a $500 million valuation right now.”

Coinsetter has not been one of the buzziest bitcoin startups, but it has one of the industry’s biggest names behind it: Barry Silbert, founder of the Digital Currency Group, has led both of its seed rounds. The company has raised a total of $1.9 million. It would not disclose the terms of the Cavirtex acquisition, but sources close to the deal tell Fortune the purchase was close to $2 million, which would make it one of the largest M&A deals in the bitcoin industry to date.

Lukasiewicz is betting that Coinsetter can continue to grow through M&A, and he places great emphasis on Silbert’s involvement and on Coinsetter’s CTO, Marshall Swatt, who previously helped build Citigroup’s institutional forex network. “People know who we are,” he said. “I think we have the best CTO in the whole space. We have more of a global focus, and I think people know that.”

The candid CEO also predicts big growth in bitcoin ATMs. Coinsetter has partnered with many bitcoin ATM operators, and Lukasiewicz says, “We hope to dominate that space completely. Ultimately it’s up the operator to decide which exchange they use as their back-end liquidity stores.”

What Coinsetter is not, it appears, is consumer-focused. Its core competency is business-to-business, for active retail traders looking to trade bitcoin on margin. That market, Lukasiewicz said, “is starting to mature quickly,” and Coinsetter’s focus on margin trading is “the clear differentiator between us and a lot of the exchanges out there. We’re definitely not the easy place to go buy and sell bitcoin. Wallets are better for that. But we are about to open up U.S. domestic banking in our first handful of states. And we’ve been looking at more acquisition opportunities. It’s definitely a time of transition. And I think overall, expectations are getting higher in the space.”
[fortune-brightcove videoid=4105602510001]