Greece is probably already defaulting on its debt. Here’s why 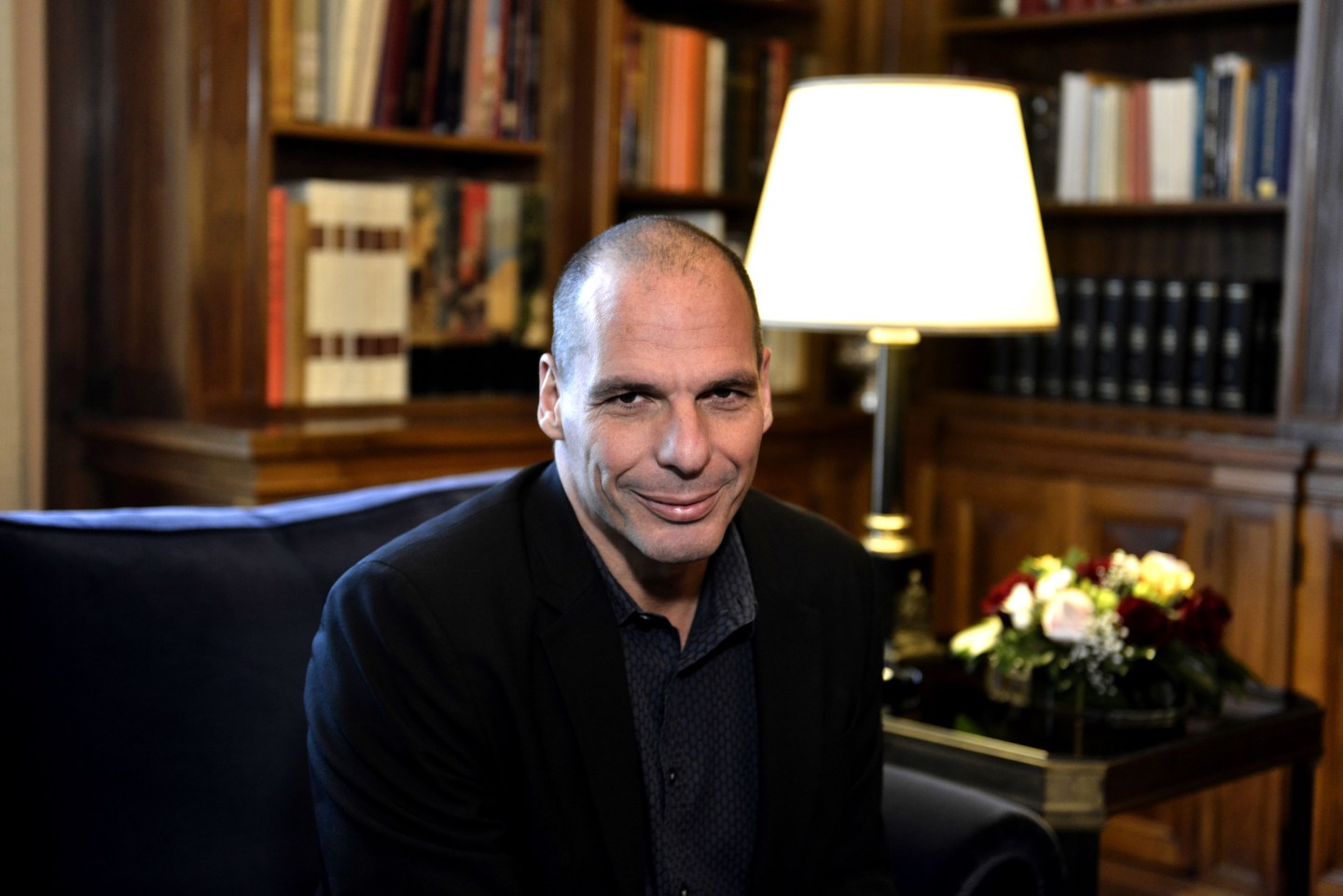 The bad news is that Greece is already (probably) defaulting.

The good news is that it’s not going to be on you, dear taxpayer (and indirect contributor to the International Monetary Fund).

After a week of alarms, Finance Minister Yanis Varoufakis promised IMF head Christine Lagarde at the weekend (and subsequently Treasury under-secretary Nathan Sheets) that Greece won’t default on a €450 million (roughly $490) payment to the IMF on Thursday.

But avoiding a ‘hard’ default doesn’t rule out the softer forms, and there seems little reason to suppose that they won’t become visible very quickly now. Tax receipts are falling well behind schedule, the government is making ever-more aggressive raids on whatever cash is left in public-sector entities such as the state pension fund, and the European Central Bank is still refusing to let Greek banks lend more to the government in the form of Treasury bills. As such, the only way to cover a widening funding gap will be to default on other commitments — to pensioners, public employees, suppliers of goods, and services to the government. In short, all those who don’t hold the immediate power of life or death over the country and its banking system.

In what is likely to be a last throw of the dice, Prime Minister Alexis Tsipras is due to visit Moscow on Wednesday to see if Greece’s crucial veto rights over European Union sanctions on Russia can be parleyed into some hard cash in the short term.

He’s likely to be disappointed, because President Vladimir Putin has already seen his foreign exchange reserves fall by over a quarter in the last year, and he’s in no hurry to take on such an obviously acute credit risk, especially when his immediate entourage is telling him that the same reserves are needed to dig Russia’s own economy out of the hole his policies have left it in.

Media reports ahead of Tsipras’ visit have dangled the possibility that Russia may exempt Greece from its ban on fruit and vegetable imports from the E.U. However, given that the Federal Customs Service is already overwhelmed by the wholesale smuggling of E.U. produce through Belarus, Turkey, Serbia, and even Morocco, this move seems unlikely (unless it wants to consciously aim at making even more of a mockery of the ban, so as to reduce food price inflation).

So, by Friday it will most likely be back to the slow grind of default on Greek citizens instead, much as it was in the early part of 2012. As we’ve argued before, this can go on for some quite time, certainly until April 24, when the Eurogroup of finance minister is next due to meet.

That meeting represents the last (currently scheduled) opportunity for the two sides to agree on how to tweak Greece’s bailout to the mutual satisfaction of both parties. Obviously, Eurozone brinkmanship being what it is, there is a chance that some more urgent last-minute meetings will be convened even after that.

But if we get to that stage, then it’s quite possible that Greeks will draw their own conclusions about their country’s future in the Eurozone and bring the issue to a head by causing a run on the banking system.

Another couple of smaller debt repayments — on April 14 and April 17 — will already have made the cash squeeze even tighter by then, so that by the end of the month, so many Greeks will be suffering from late payments of their salaries/pensions/invoices/tax rebates that they may decide for themselves that it’s time to save what’s left of their euro-denominated bank accounts.

Outflows of deposits from the banking system, which ran at record levels in January and February, but (according to anecdotal reports) slowed in March, will start to accelerate again, and the ECB will have to decide whether it wouldn’t make more sense just to cut its losses and stop lending to Greek banks.

But until then, we can all promise, as Varoufakis did to Reuters on Monday, that Greece will keep honoring its payments “ad infinitum.”