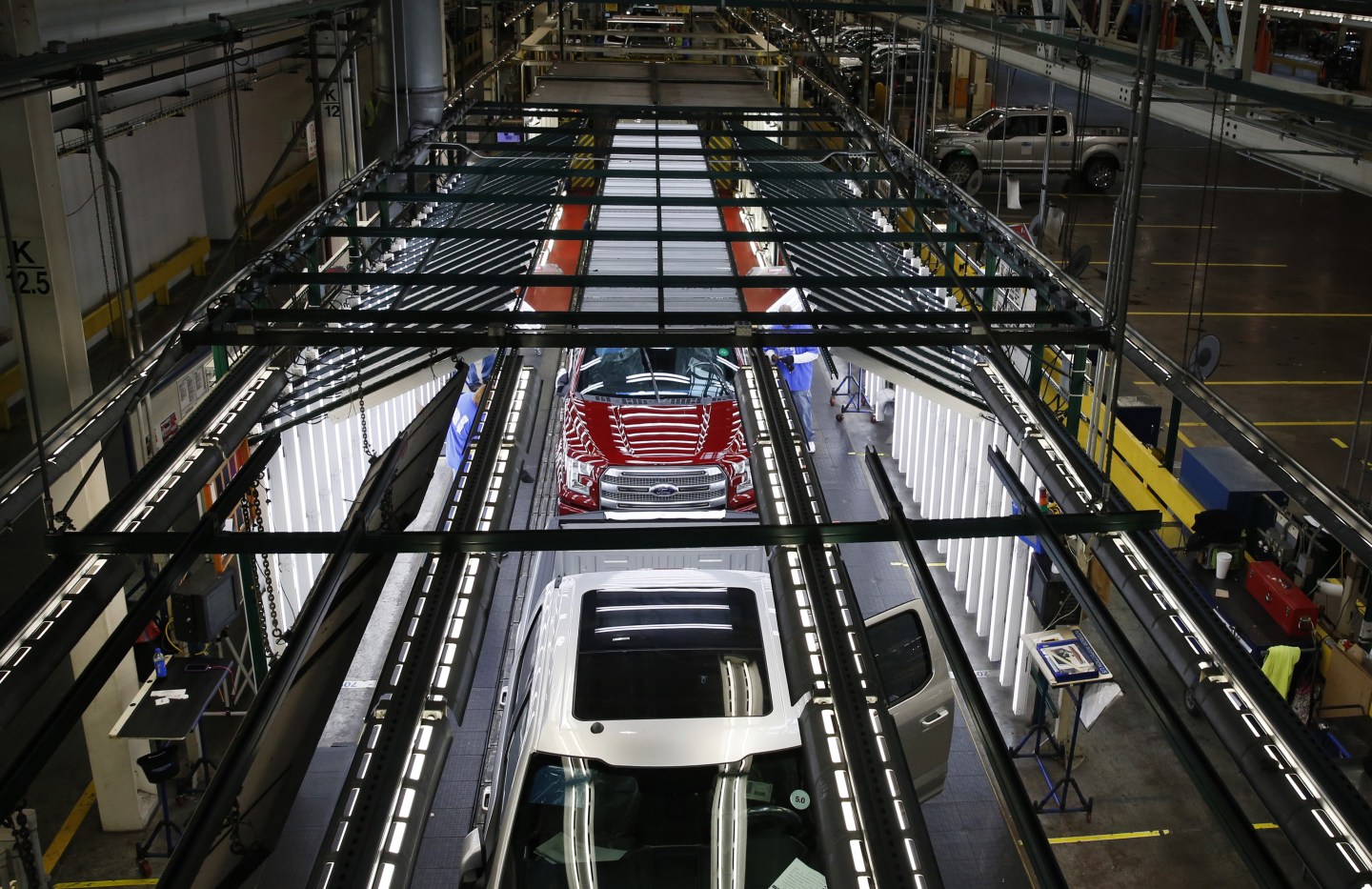 Although the Detroit-based auto industry and the United Auto Workers union are still a few months away from serious negotiations, early signs aren’t favorable for a labor contract settled on mutually agreeable terms.

Both sides would like to avoid a protracted labor stoppage, which could serve to sour American consumers and investors on the Detroit-based industry and motivate more of them to buy vehicles built by foreign manufacturers. In March, Detroit-based automakers held about 44% of the U.S. vehicle market.

Last month in Detroit, the UAW’s bargaining convention was marked by calls from leaders of the rank-and-file to end a system of two tier wages. A second, lower tier of wages and benefits was introduced by General Motors (GM), Ford (F) and Fiat Chrysler (FCA), with UAW permission in 2008. It was obvious that the industry faced collapse as a result of the global financial crisis.

Union leaders now say the automakers’ profitability justifies a return to the previous wage scale for all workers, which would be higher than the average non-UAW manufacturing wages. Currently, new UAW hires receive a $15.78 per hour wage that rises to $19.28 after four years. Veteran workers hired before 2008 earn about $28 per hour, on average.

The automakers aren’t comfortable with two classes of workers in factories — higher-paid, and lower-paid. But the companies would prefer for the older, more costly workers to retire, which would eliminate what they see as an uncompetitive wage scale.

By getting rid of the top-tier wages and benefits, GM, Ford and Chrysler can close the gap with so-called non-union transplant factories in the southern U.S. U.S. auto factories, UAW and non-union are contending with even lower manufacturing wages in Mexico. Wages there average $10 per hour, according to some estimates; and Mexico has the advantage of numerous free-trade pacts, facilitating vehicle exports.

“It’s going to be difficult for these companies to portray themselves as cash strapped,” said Kristen Dziczek, Director of the Industry and Labor Group at the Center for Automotive Research, a think tank based in Ann Arbor, Michigan. This is true, she said, “especially at GM, where they spent money that the hedge funds were demanding” to improve dividends and pay for a share buyback program.
[fortune-brightcove videoid=4148080365001]

Art Schwartz, a retired negotiator on behalf of GM who consults privately on labor issues, said workers agitating for elimination of the second, lower-tier of wages “may have forgotten that operation of GM’s Orion Township assembly plant” depended on the lower wage scale. Without it, he said, it probably would have closed.

“It makes a great political statement” for UAW leaders to rally members behind elimination of the second tier, Schwartz said, but “without it, it’s back to non-competitiveness.”

Complicating negotiating strategies for both sides are differences between the companies as to the number and percentage of second-tier workers they can hire. Chrysler, for example, has no limit on the number of second-tier workers it can employ, while Ford has a 20% limit. Salary increases have largely been replaced by profit-sharing agreements and bonuses, which are less costly for the automakers.

Nevertheless, Schwartz thinks both first and second-tier workers will win at least small raises in their salaries. A short strike also is a possibility “so that the workers can let off a little steam,” he said.

At the heart of Detroit’s mission to compete globally is a labor relations strategy that has often pitted workers and management against one another, to their mutual disadvantage. Events unfolding around the Sept. 14 expiration of the current UAW labor contract may foretell whether that legacy has been overcome.
[fortune-brightcove videoid=4124026680001]