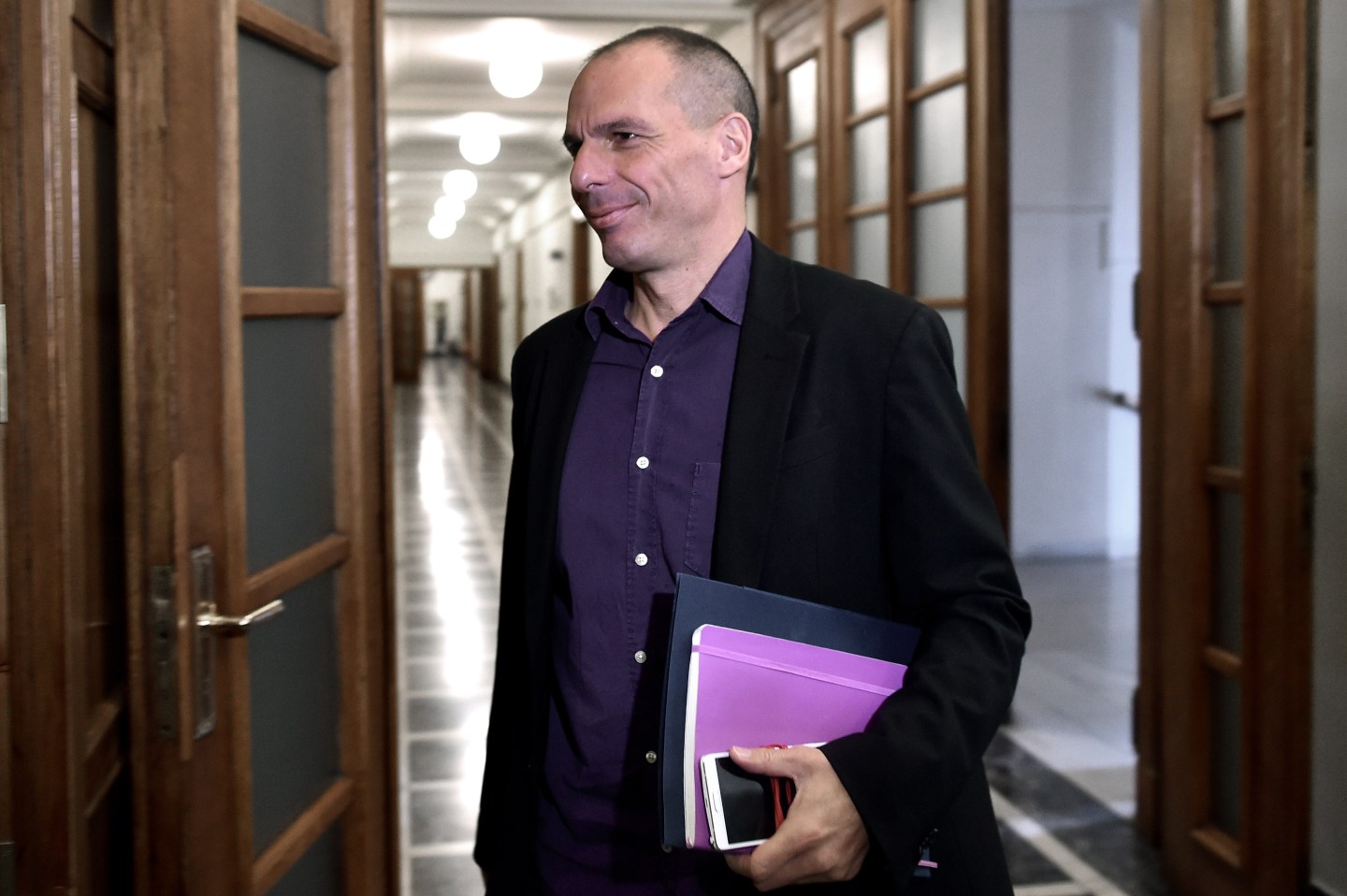 Greek Finance Minister Yanis Varoufakis arrives for a ministerial meeting at the parliament in Athens on February 24, 2015. Eurozone finance ministers will go ahead with a conference call on February 24 to discuss a list of reforms proposed by Greece in return for a bailout extension, Eurogroup chief Jeroen Dijsselbloem said. AFP PHOTO / ARIS MESSINIS (Photo credit should read ARIS MESSINIS/AFP/Getty Images)
Photograph by Aris Messinis — AFP/Getty Images

Greek Finance Minister Yanis Varoufakis said on Sunday that Greece “intends to meet all obligations to all its creditors, ad infinitum,” seeking to quell default fears ahead of a big loan payment Athens owes the IMF later this week.

Following a meeting with the head of the International Monetary Fund, Varoufakis told reporters the government plans to “reform Greece deeply” and would seek to improve the “efficacy of negotiations” with its creditors.

Greece has not received bailout funds since August last year and has resorted to measures such as borrowing from state entities to tide it over. It offered a new package of reforms last week in the hope of unlocking funds, but has yet to win agreement on the proposals with its EU and IMF lenders.

Varoufakis told a Greek newspaper on Monday that Greece must reach an outline funding agreement with its lenders at a meeting of euro zone finance ministers on April 24.

“At the Eurogroup (meeting) of April 24 there must be a preliminary conclusion (of the talks), as per the Eurogroup accord on Feb. 20,” he told daily Naftemporiki.

A source with knowledge of the issue told Reuters last month that Greece had enough funds to last it until April 20.

Most urgently, Athens is on the hook for a roughly 450 million euro loan repayment to the IMF due this Thursday.

The interior minister suggested last week the government would prioritize wages and pensions over the IMF payment, although the government later denied that was its stance.

IMF Managing Director Christine Lagarde said in a statement after meeting with Varoufakis that she welcomed his confirmation that the loan payment due would be made on schedule.

“I welcomed confirmation by the minister that payment owing to the Fund would be forthcoming on April 9th,” Lagarde said.

She said due diligence efforts in Athens and talks with teams in Brussels over the terms of Greece’s bailout would “resume promptly on Monday.”

The euro zone country is fast running out of cash, but the bailout extended by the IMF, European Commission and European Central Bank has been frozen until the leftist-led government reaches agreement on a package of reforms.

After a first set of planned measures failed to impress lenders, Athens offered a more detailed package on Wednesday.

But it arrived too late to be discussed at a teleconference with euro zone deputy finance ministers.

The government is hoping approval of its reform proposals will free up the remaining aid of 7.2 billion euros under its bailout and lead to the return of about 1.9 billion euros in profits made by the European Central Bank on Greek bonds.

“Whether the country will meet its external obligations depends on our lenders’ final political choices and stance,” he said, adding that pensions and wages were not at risk.