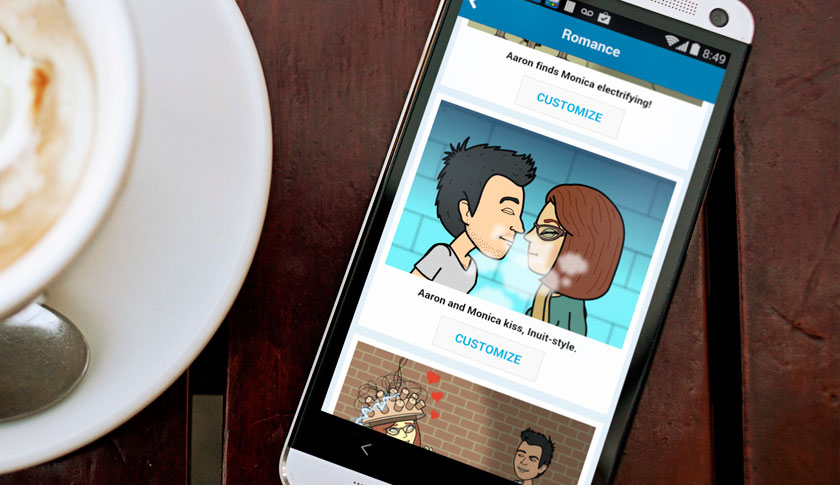 Stars like Lena Dunham and Seth Rogen have flocked to a new keyboard app called Bitmoji that lets users recreate their likeness in emoji form.

Bitmoji is an application that can be downloaded for free as an iPhone and Android keyboard, supplementing those devices’ default emoji with more personalized ones.

“We’ve found that people love designing their avatars,” Jacob Blackstock, CEO of Bitstrips, the company behind the new app, told Business Insider. “Bitmoji puts the face or identity back into communication. If you and I are having a conversation with Bitmojis, it’s totally unique.”

Blackstock says he wants to make texting a more personal form of communication:

Texting is making conversation more convenient than ever, but it’s also stripped away a lot of the things that make communication human. We think one of the most important things that’s still missing is identity. If you think about history, 99 percent of human communication has been face-to-face.

Blackstock also took a jab at just how long it’s taken to create new emojis. “Bitmoji is real-time, so while people have literally been waiting for new emojis for years, we’re releasing new bitmojis every week,” he said. “We’ve even been able to release Bitmojis in less than 24 hours before.”

Bitmoji’s rise in popularity comes as a new set of more racially diverse emojis are coming to iPhones and Androids. In 2014, Bitstrips reportedly raised $8 million in funding from Kleiner Perkins Caufield & Byers and Horizon Ventures. The company raised $3 million in 2013. The company was started in 2007.

A Bitmoji spokeswoman told Fortune that no celebrities have been paid to use the app. “It’s all been on their own organic free will,” she said via email.

Looks like @lenadunham is having the final word on #TheDress pic.twitter.com/ewWtQYs7Xq