How Abbott Labs is crushing it in Asia 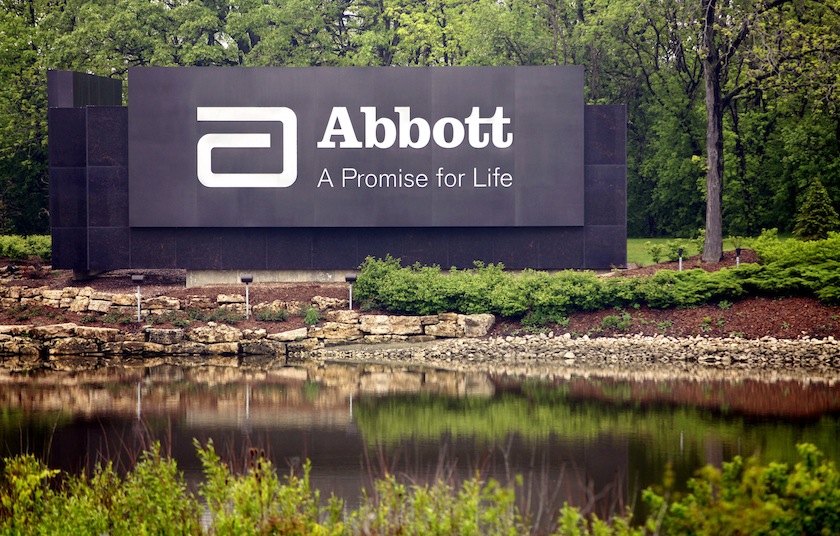 Abbott Laboratories signage is visible on the campus of its headquarters in Abbott Park, Illinois, U.S., on Friday, May 21, 2010. Abbott Laboratories will buy Piramal Healthcare Ltd.Õs branded generic-medicine unit in India for $3.72 billion, becoming the country's biggest drugmaker and tapping into a market expected to more than double by 2015. Photographer: Tim Boyle/Bloomberg News
Photograph by Tim Boyle — Bloomberg via Getty Images

Amid the stampede of Western multinationals pushing to expand in China and India, a few are way out ahead of the pack. Take Abbott Laboratories (No. 136 on the Fortune 500), for instance. The Illinois-based maker of nutritional products and medical devices (2014 sales: $20.2 billion) now gets about a third of its worldwide revenues from Asia.

Granted, Abbott had a head start. The company has operated in India since 1910, and it opened its first Chinese subsidiary in the 1930s. Still, most of its growth is built on far more recent investments, totaling about $5 billion since 2009. That figure includes manufacturing plants in Singapore and Jiaxing, and a string of acquisitions that have turned Abbott into India’s biggest pharmaceutical maker.

To keep up with all that expansion, Abbott has doubled its hiring in Asia in the past six years. The company now has 26,000 Chinese and Indian employees, and it plans to add 4,000 more this year, including about 500 new grads recruited from 108 campuses across India.

And that’s where things get really interesting. As any Western manager who’s helped run an Asian business unit can attest, one of the big challenges is that workers tend not to stick around long. About 40% of Chinese employees stay in one job for less than two years, according to a Hay Group study. In India, annual turnover of 50% or more is not unusual.

That’s clearly a problem, not only because constantly recruiting and training people over and over again is expensive, but because it’s disruptive. Continuity, let alone growth, can be tough to maintain when half your team is made up of brand-new faces every few months.

So it’s a real competitive advantage that Abbott’s turnover in China is under 20%, or about half the average for the country. In India, it’s even lower, at about 15%.

How do they entice employees to stay? Senior managers at the company say Abbott’s approach is threefold:

Put local managers in charge. “If you can’t develop in-market expertise, you won’t get the top talent,” says Stephen Fussell, Abbott’s executive vice president of HR. “Sending Americans to run operations sends a signal, unintentional or not, that locals can’t get promoted to management jobs. So the best people leave.”

To prevent that, Abbott sends American managers to Asia, not as expat bosses, but as consultants on short assignments “with a definite end date,” says Roger Bird, who just returned stateside after six years overseeing Abbott’s nutrition business in China. Americans “are there to help adapt U.S. practices to the local market, but the Chinese managers know they still make all the decisions.”

Abbott also offers the same career-development opportunities to Chinese and Indian managers that American up-and-comers get, including coaching, training, special projects, and frequent contact with top executives. “We want to make sure high-potential leaders know we’re investing in them for the long term,” says Caroline Ceisel, director of employee and leadership development. “It keeps our retention rates high.”

Tailor management training to each culture. This might sound obvious, except that many multinational companies don’t do it, or do it only partway. Abbott uses case studies in its U.S. management training but, instead of exporting the same cases to Asia, “we explained what competencies we needed to develop and what success would look like,” says Ceisel. “Then we let the local leaders in Asia develop the training, including cases specific to their own markets and their own customers.”

Most U.S. employers do all or most of their Asian management training in English, but not Abbott. In China, training is conducted in Mandarin. “Lots of people in China and India speak some English, or they want to learn it, and that’s great,” notes Roger Bird. “But we want people to be able to focus on the content, and not have to struggle with the language at the same time.”

Teach senior managers how to be mentors. Younger managers in China are even more in need of mentoring than in the U.S., Bird points out, since “they haven’t grown up with parents or others they can ask for advice or see as role models. They’re usually the only person they know who works for a big Western company.”

On his watch, Bird encouraged both formal and informal mentoring programs. “In Chinese culture, people tend to be very deferential to authority, so you worry that younger, more junior people will not speak up,” he says. “It’s important to show them that we want to hear their ideas.” Along with four mentees in the formal program, Bird most recently coached “8 or 10 people informally, who knew my door was always open and they could always come talk to me.”

One purpose of having a mentor in any country, of course, is to help people figure out their next career move, and their long-term goals. In China, “everyone is surprised, at first, that senior managers take an interest in their career aspirations,” Bird says. “We’ve had to teach Chinese managers to do that kind of coaching and development work with their subordinates, because it’s very unfamiliar to them.”

It’s also a major reason why Abbott’s turnover is so low. Once people get a taste of having their own individual voice heard and respected, they tend to want to stay for more.