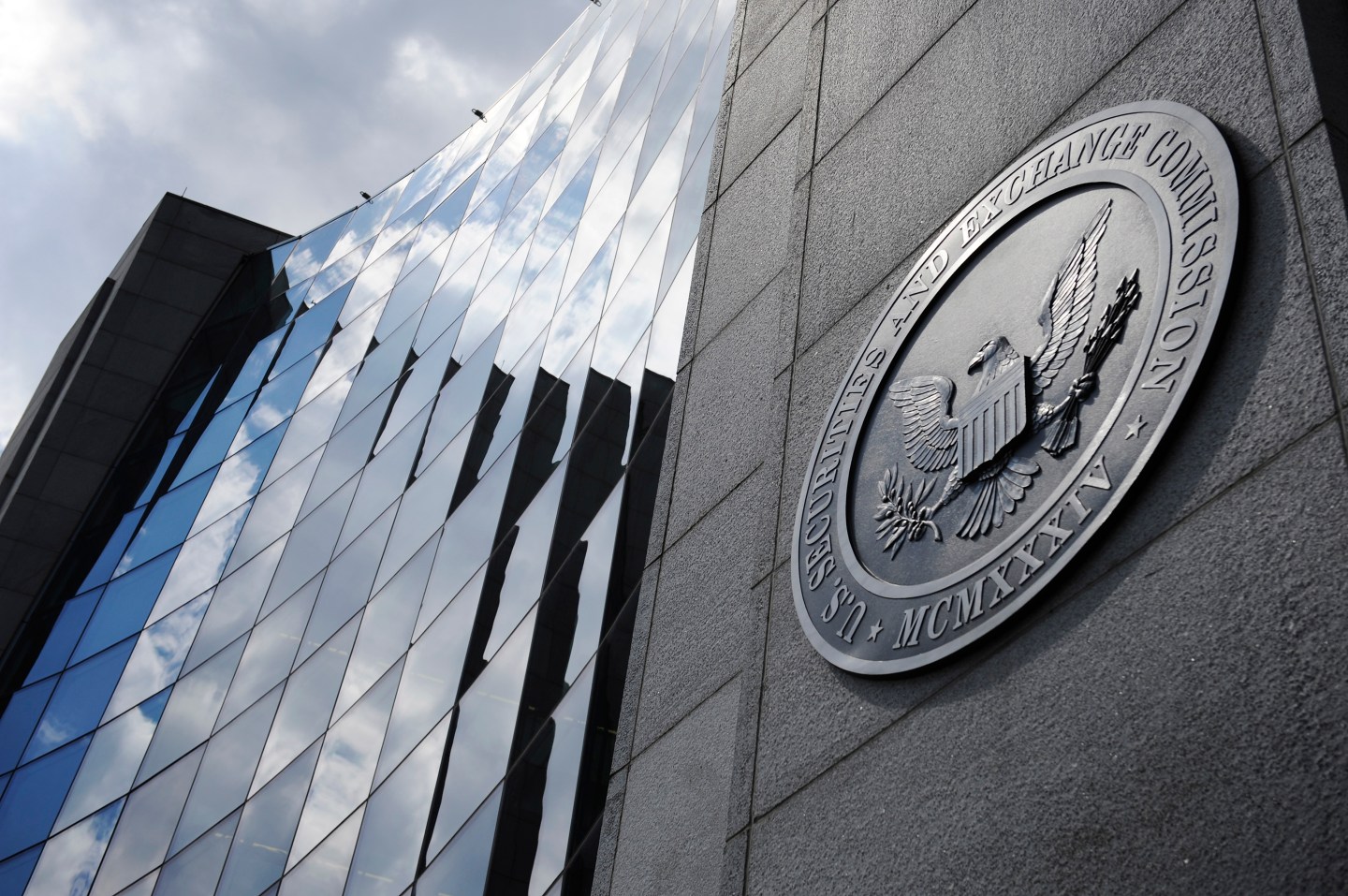 A general exterior view of the U.S. Securities and Exchange Commission (SEC) headquarters in Washington, June 24, 2011. The database is emerging alongside a new program by the FBI's criminal profiling group in Quantico, Virginia, that is creating a series of behavioral composites to help agents investigate white collar crime. The more systematic approach by the SEC and FBI comes in response to the growth and complexity of financial crimes in recent years. Picture taken June 24, 2011. To match Special Report SEC/INVESTIGATIONS REUTERS/Jonathan Ernst (UNITED STATES - Tags: CRIME LAW POLITICS BUSINESS) - RTR2PCBJ
Photograph by Jonathan Ernst—Reuters

Ifty Ahmed is a general partner with venture capital firm Oak Investment Partners, where he has led investments in such companies as Airespace (acquired by Cisco), GMarket (acquired by eBay) and Kayak (acquired by Priceline). Those deals should have helped make him plenty of money. But, as of today, Ahmed stands accused of participating in an insider trading scheme that netted him $1.1 million.

The Securities and Exchange Commission today filed fraud charges against Ahmed in Connecticut district court. Also charged was Amit Kanodia, a longtime Ahmed pal who is described by the SEC as “an entrepreneur and private equity investor.”

Here is how the regulator sums up its case:

According to the SEC’s complaint, Kanodia shared the highly confidential information with Ahmed who began buying significant amounts of Cooper Tire stock and options. Once news of the deal was public, Ahmed immediately liquidated his Cooper Tire holdings, reaping more than $1.1 million of ill-gotten profits, according to the complaint. Ahmed later paid Kanodia a kickback by transferring $220,000 to Lincoln Charitable Foundation, a supposed charity that Kanodia controlled and used to mask the kickback, the complaint alleges.

When the SEC charges someone with insider trading, there often is a corresponding settlement announcement. But not so in this case, with the SEC saying that its investigation is ongoing.

Ahmed has been with Oak since 2003, before which he spent time at Goldman Sachs (GS) and a venture capital unit of Fidelity Investments. The firm raised over $3 billion for two funds during his tenure, but last year chose to split up (which continuing to jointly manage out the legacy portfolio). Those focused on healthcare and financial technology subsequently raised a $500 million fund, while Ahmed was expected to be a partner with the group focused on information technology.

An Oak spokesman was just learning about the SEC charges when contacted by Fortune, and did not yet have any comment. Among the open questions not only are if Ahmed will be a partner on the future fund, but also if he’ll remain a board member with existing Oak portfolio companies like Attivio Inc., Circle Financial Kenet LLC and Nomorereack.com.

Ahmed also has not returned an email request for comment.

As for Amit Kanodia, it appears that he has spent the past two decades running a family investment office called Lincoln Ventures. He also is on the board of listed Indian infrastructure development company SPML India Ltd., and was a member of President Obama’s New England finance and steering committee. He also has been involved with the campaigns of several Massachusetts politicians, including former Gov. Deval Patrick, former Congressman William Delahunt and current Congressmen Michael Capuano.

UPDATE: Oak has just sent over the following statement, via a spokesman:

“Mr. Ahmed’s alleged conduct has absolutely no connection to Oak Investment Partners or any of its portfolio companies. These allegations, which have just come to our attention, run counter to our culture and Mr. Ahmed has been placed on a leave of absence.”

Below is the SEC’s full complaint: