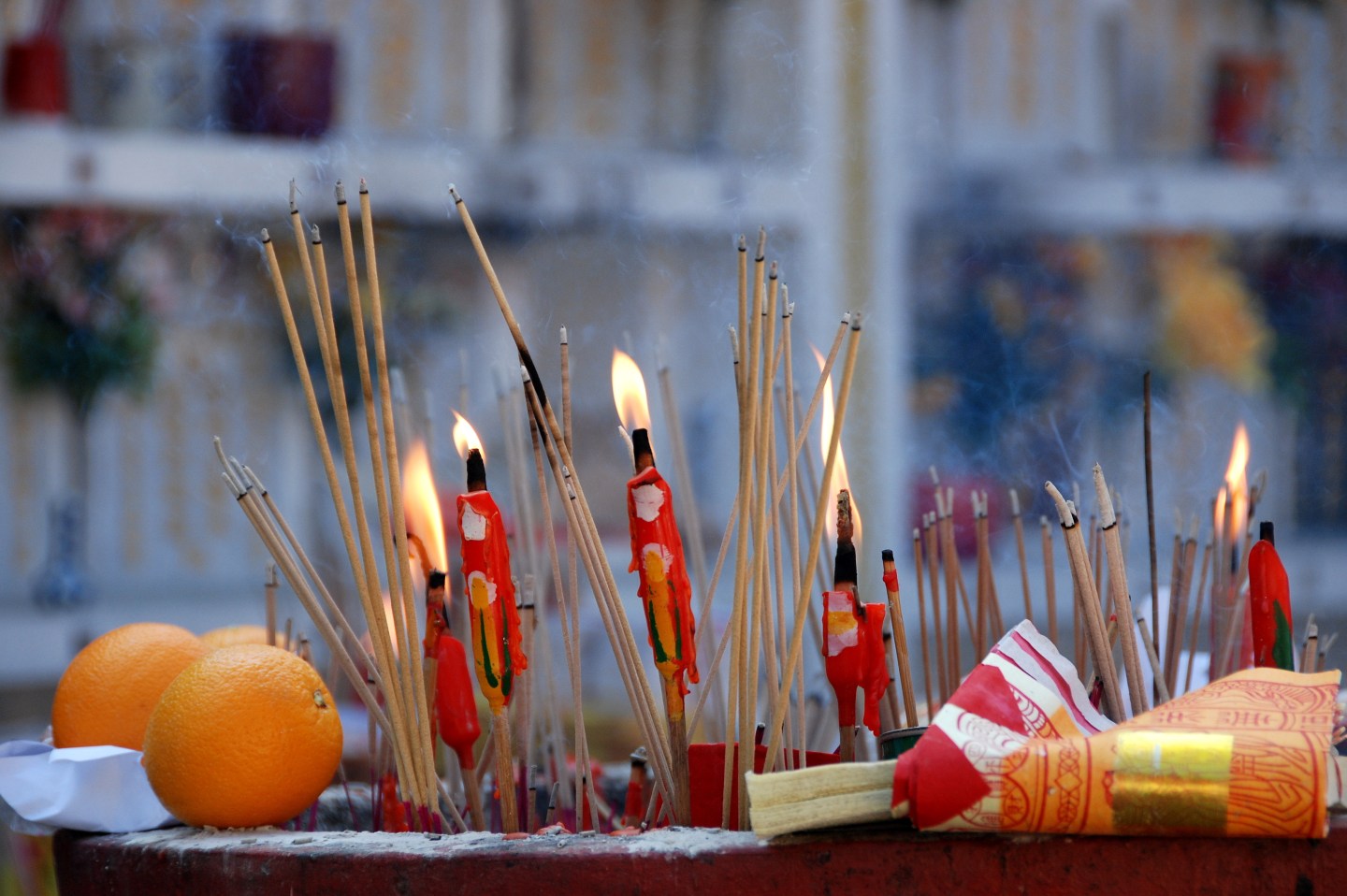 It’s not as ridiculous as it sounds. As part of the upcoming Tomb Sweeping holiday (qingming jie) on Sunday in China, families ritually burn paper versions of things the dead may find useful in the afterlife.

In addition to the traditional paper money, paper cars, and attractive paper young women (a nice perk for old men who need some help keeping up the afterlife’s house), paper iPhones joined the most popular offerings.

My friend was irritated by news that sellers on Alibaba’s (BABA) bazaar Taobao and elsewhere are rushing to offer iPads, iPhones, chargers, and even an Apple Watch. She said paper money and houses were a nice gesture to the dead. But a device that came out thirty years after they died? Her reaction: c’mon, modern China.

Of course, the holiday shopping rush is happening on Taobao. Alibaba generally, and Taobao in particular, are the epicenter of every holiday that involves buying stuff in China. All of them do.

A couple years ago, professional mourners grew in popularity for the holiday on Taobao. Instead of traveling halfway across the country to visit your family’s gravesite and burn some fake money before turning back towards the city, you could spend anywhere from $15 to thousands of dollars to have someone visit on your behalf, where they would wail at the gravesite and even send a video to prove it.

There’s been some backlash since then. Now Chinese news stories mourn the loss of Chinese values when someone can’t even take the time on a holiday weekend to properly respect the dead. Many mention that the rich are increasingly visiting their ancestors’ plots themselves this year—the sort of quick reversion from nouveau riche excess that only happens in China.

That might explain the proliferation of burn-it-yourself paper goods that particularly resonate with the living this year on Taobao.

One of the country’s nicest holidays honoring the dead was almost spoiled by the unrelenting commerce that typifies modern China. Luckily, it was saved by some good sense.

But you can still buy paper iPhones for your ancestors if you need to.