This hedge fund wants to profit off your tweets 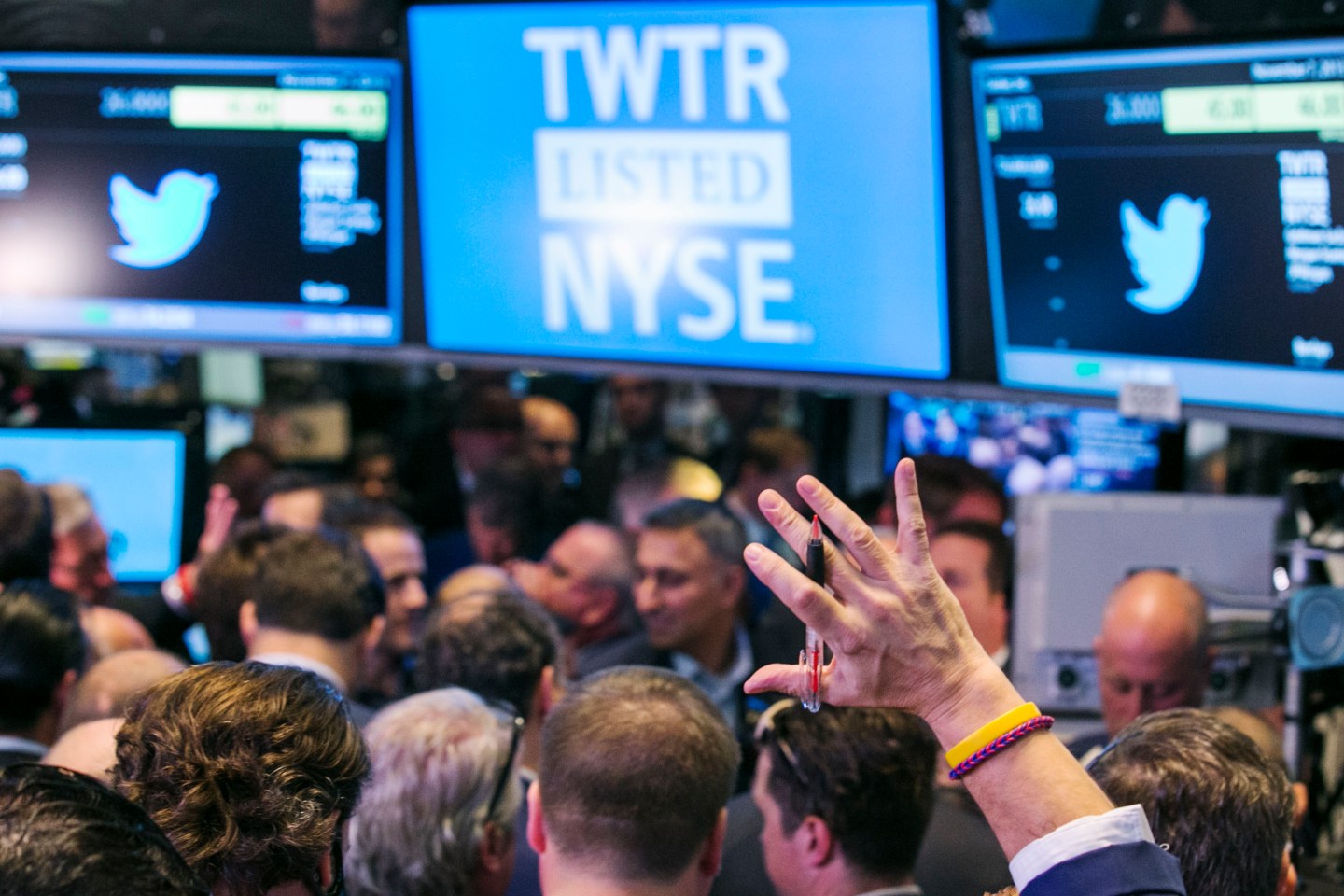 A trader raises his hand just before the Twitter Inc. IPO begins on the floor of the New York Stock Exchange in New York, November 7, 2013. Twitter Inc shares soared as much as 92 percent on their first day of trading on the New York Stock Exchange, an extraordinary debut that drove the seven-year-old company's value to more than $25 billion and evoked comparisons to the dot-com bubble of the late 1990s. REUTERS/Lucas Jackson (UNITED STATES - Tags: BUSINESS SCIENCE TECHNOLOGY TPX IMAGES OF THE DAY) - RTX154JO
Photograph by Lucas Jackson — Reuters

Hedge fund managers are looking in an unlikely place for stock tips: your Twitter feed.

Tashtego, a hedge fund firm based in Boston, is setting up a Social Equities Fund, which will based its investment decisions on consumer sentiments from social media. It will rely on algorithms and is looking to raise around $1 billion, according to Bloomberg.

Tashtego’s strategy involves tracking all-purpose social networks such as Twitter and Facebook, and online communities set up specifically for investors to share and follow each other’s trading ideas. Tel Aviv-based EToro, whose early venture backers include Spark Capital, is the biggest such social investing network.

Social investment networks have grown in popularity along with broader sites such as Twitter. They started in the middle of the last decade, mostly within foreign-exchange markets, and later expanded to stocks. Before setting up the stock fund last year, Tashtego started a foreign-exchange pool in 2013 to trade based on data from social networks, Mateos said.

Spark Capital, a major backer of Tashtego, was one of Twitter’s early investors.