Why Denny’s is partnering with DreamWorks Animation 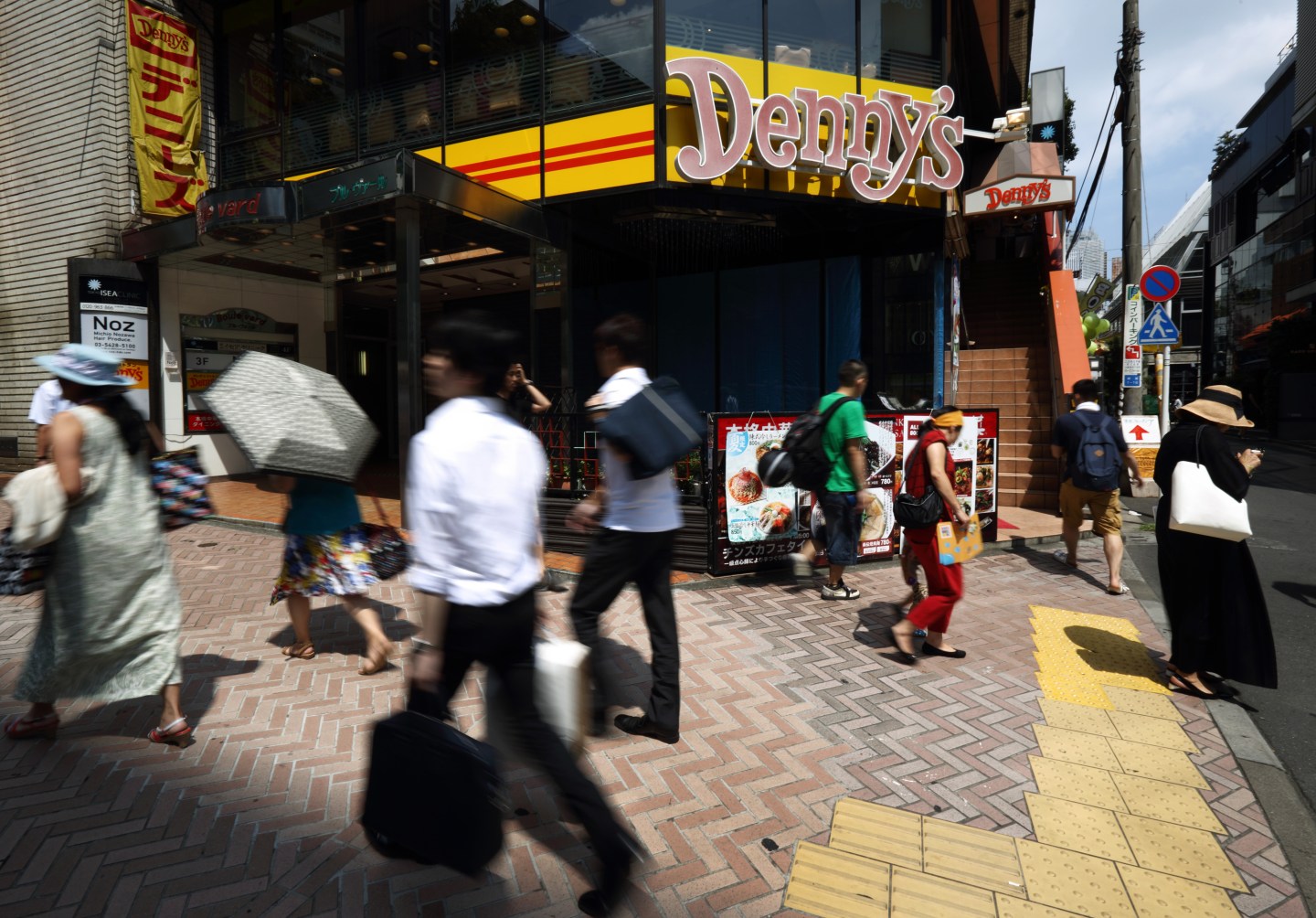 Some corporate partnerships don’t make any sense at first glance.

Take the recent partnership between Google (GOOG) and Mattel (MAT). What common ground could unite the Internet giant with a major toy company? A virtual reality version of the View-Master, of course. Another odd partnership? International Business Machines (IBM) and The Weather Channel — they recently linked up to help businesses make better decisions around weather patterns.

A partnership announced today between restaurant operator Denny’s (DENN) and animated film maker DreamWorks Animation (DWA) continues that trend. They’ve hooked up to add a tech infusion to a time-honored tradition at American diners: coloring kids’ menus. DreamWorks developed an app that features characters from movies such as How to Train Your Dragon and The Croods. While the app’s free, a visit to a Denny’s is required for kids to fully play with the online games.

“Both brands are about bringing family together, and that’s what made this very special,” said Denny’s Chief Marketing Officer John Dillon.

Dillon has established a reputation for courting the Millennial generation, and he said the DreamWorks partnership is another step in that direction as the oldest Millennials begin to have children of their own. Denny’s looks at technology as a way to attract more Millennials. Other recent initiatives have included Hobbit-themed menus and a web series with CollegeHumor.com.

Although fast-casual restaurants like Chipotle (CMG) generate a lot of attention for their strong sales growth and high traffic, Denny’s is certainly no slouch. U.S. same-store sales growth in 2014 reached the fastest pace in a decade at company-owned restaurants, and they hit an eight-year high mark for franchised restaurants. Same-store sales have risen across the Denny’s system in 14 of the last 15 quarters.

But much of that success still comes from older diners. Denny’s said diners are more likely to be older than 50, and the company wouldn’t provide any specifics to say how much success it has had recently in getting Millennials into restaurants, except to say internal metrics are “encouraging.”

“It is a competitive space,” Dillon said, referencing the restaurant landscape that has changed drastically as fast-casual chains open more restaurants across the U.S. “One of the things we are recognizing is that Millennials are very important.”
[fortune-brightcove videoid=3925795459001]