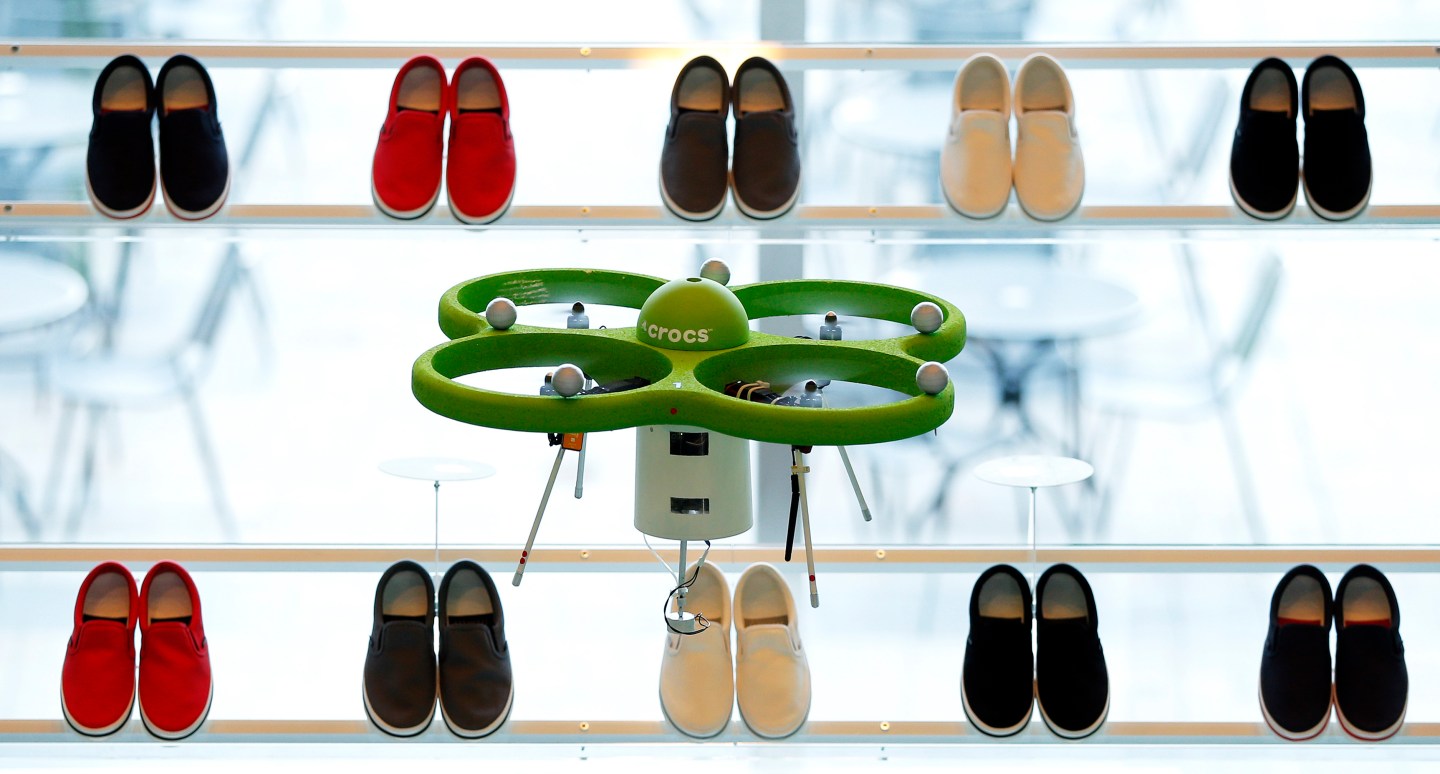 A custom-built drone developed for Crocs Japan GK flies over shelves displaying pairs of Crocs Inc. Norlin sneakers during a media preview at the company's temporary "aerial store" in Tokyo, Japan, on Thursday, March 5, 2015.Crocs opened the pop-up store as retailers including Amazon.com Inc. and Alibaba Group Holding Ltd. have begun testing the use of unmanned aircraft, or drones, to deliver packages to customers. Photographer: Kiyoshi Ota/Bloomberg via Getty Images
Bloomberg Bloomberg via Getty Images

Lest you think Crocs, the iconic shoe of the mid-2000s, had gone the way of the Juicy Couture tracksuit, know this: the plastic sandals are still selling like hotcakes, with more than 30 million pairs flying off store shelves last year.

Most of those sales were in foreign markets like Europe and Japan where the shoes remain more popular, Bloomberg reports.

In the U.S., the Crocs company recently focused its efforts on selling shoes other than its signature clogs in an attempt to go upscale. Starting last year, however, it reversed course.Via Bloomberg:

Crocs’ revenue was up 1.8% year-over-year in 2014, the company reported in February.

For more on the company’s plan to retake some of the market stateside, check out Bloomberg.