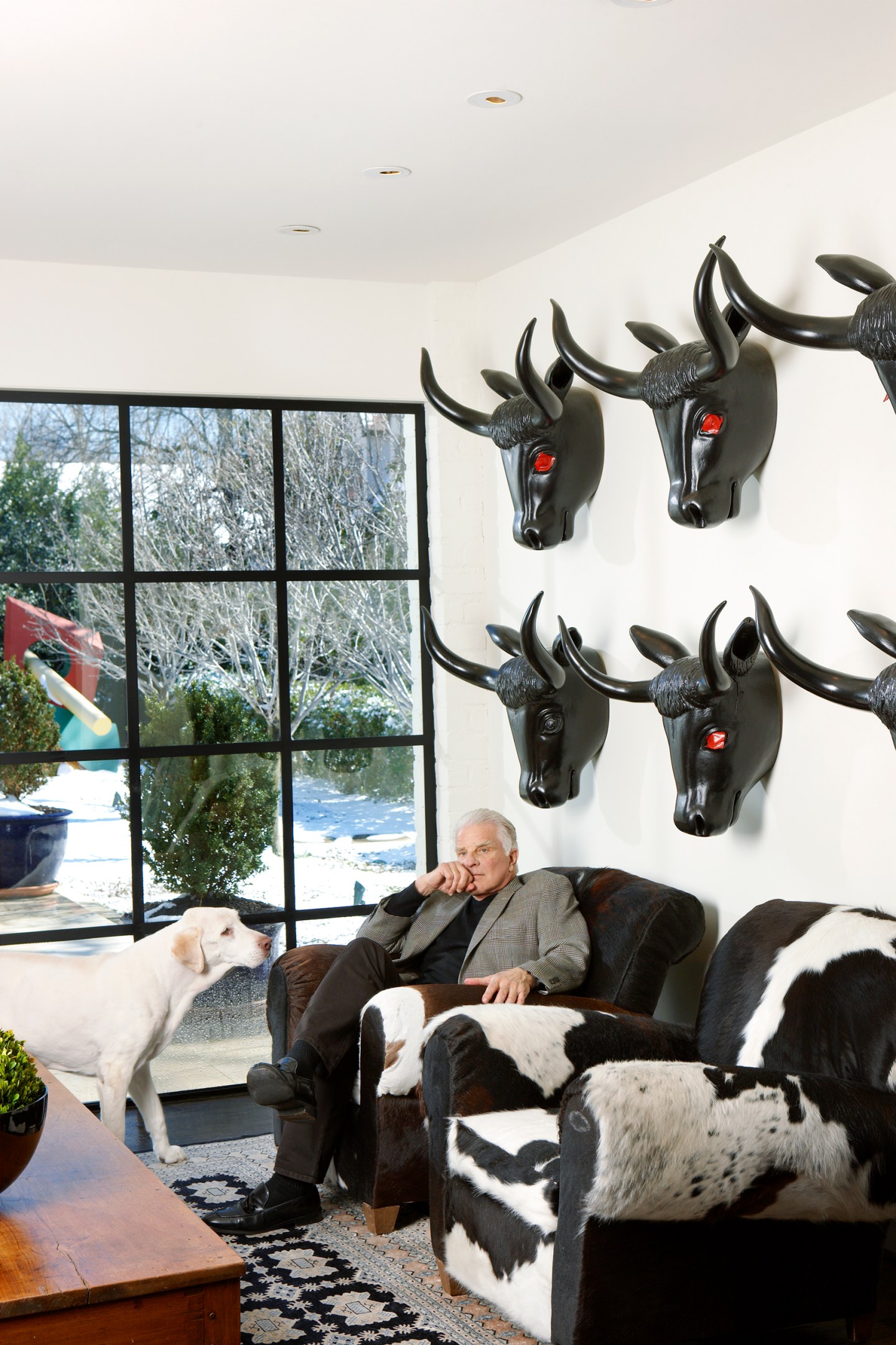 Fuddruckers. Romano’s Macaroni Grill. Cozymel’s. These are some of the 25-plus restaurant concepts that Phil Romano, 75, has created, producing some $1.5 billion in annual sales. (There have been some flops too, including a lobster restaurant in Dallas.) Romano, who survived malignant lymphoma, has branched into other realms. His latest is Trinity Groves, an incubator to cultivate restaurant concepts for millennials. He’s also an artist whose paintings sell for up to $26,000 in a Dallas gallery that he co-owns. Romano’s story:

I never worked in a restaurant until I owned one. I’m a first-generation Italian American from upstate New York. Till I was 12, I didn’t think anyone existed except Italians and Catholics. My father was an electrician with a sixth-grade education. My mother was a housewife.

I was in the Army Reserves during college. I got into martial arts to keep in shape. In 1960 I was attending Florida Atlantic University in Boca Raton and had set up two karate schools that were making $20,000 a year. One day the father of a student said he needed a partner for his restaurant business. I’m an opportunist, and I saw restaurants as the all-American dream: food, women, and booze. So I sold my karate schools and went in with him at age 24, six credit hours short of graduating, to open a restaurant in North Palm Beach.

My philosophy is if you give people more than they need, you’ll make twice as much profit. My partner thought the opposite, but I didn’t have enough money to buy him out. So my dad mortgaged my parents’ home and gave me the money to do it. I was terrified I might lose my parents’ money, and that fear of failure still motivates me today. I don’t want to let people down who entrust me with their money. I took over the restaurant and ended up opening four or five more in Florida.

I had to start my own business. I don’t like taking orders. I want to control my own destiny, and I think differently from anyone else. In the early ’70s the economy started going down, so I liquidated my businesses and later moved to San Antonio, where I launched three fine-dining places. Then I decided to do a restaurant that would sustain itself in multiples. One of my favorite foods is the hamburger. I decided on a burger place for adults where you could see the meat being ground and smell the buns being baked. I’d charge $3.25, the most ever for a burger at the time. I heard the name [of the fictional] Fudpucker Airlines and liked it, so I changed it and named the restaurant Fuddruckers.

When you go public, other people want to put their stamp on things. I was naive and listened to them. The limited menu expanded. The decor changed. All those choices took away from the original concept, and in 1986 I sold my majority interest in Fuddruckers.

Back then I had a mansion outside San Antonio that looked down on a five-acre town called Leon Springs. I wondered, If I put a good Italian restaurant there, would people come? So I bought all the commercial property in the town for $600,000, thinking it might be a good place to test restaurant concepts, and started Romano’s Macaroni Grill.

People came on weekends, but other days were slow. So I decided that one Monday or Tuesday a month everything would be free. People called constantly to ask, “Is tonight the night?” Word spread, and the place went apeshit.

I don’t like running big corporations—dealing with insurance companies, bankers, HR problems. I want to touch the people and be with the customers. So I called Norman Brinker [of restaurant-chain owner Brinker International]. He bought the Macaroni Grill concept, and I made $23 million. Norman wanted me to stay and run things, but I said, “I’ll mess up your culture. I don’t work for anyone.” So in 1989 they hired me as a part-time consultant. I’d come up with a concept. They’d give me the resources and finance it, and they had the right to buy me out. I created Rudy’s Country Store & Bar-B-Q, Cozymel’s, eatZi’s Market & Bakery, and others.

I’ve had my share of failures. I started Baroni’s, a high-end men’s clothier in Texas. But the market wasn’t there, and I lost $700,000. I opened a seafood place called Lobster Ranch in North Dallas, which closed after six months. It pinched me hard for $600,000. But something inside me has always said to get up, dust off, and move on to the next challenge with a positive attitude.

When I turned 50, doctors found a malignant lymphoma on the side of my appendix. After that, I realized you have an expiration date on you. I became very prolific, wanting to do things immediately. That’s why I got into painting. I do large colored abstracts. I wanted something to do when I’m too old to do anything else, and the art is something people will remember me by.

Now, Stuart Fitts and I have created Trinity Groves in West Dallas with other investors. It’s the first restaurant incubator in the country, designed to create concepts for millennials; 15 working concepts are open now.

I like to help other people become successful. After I sold Fuddruckers, I met two doctors who had invented the Palmaz-Schatz coronary stent. I put $250,000 in, and it sold to Johnson & Johnson. It’s made $600 million for the three of us. Years later I ended up getting two of those stents in my own heart.

The first phase of my life was about making money. The second was doing things for social recognition. Now all I want to do are things that make a difference for others. I want to know I made a difference with my life.

Responsibility: Do the right things, and be responsible for what you don’t do right.

Integrity: Honesty comes first in everything.

Communication: Tell people how you feel and make your opinions known. Ask your customers and employees what they think.

Love of God, patriotism, and charity: Make your brand stand for something.