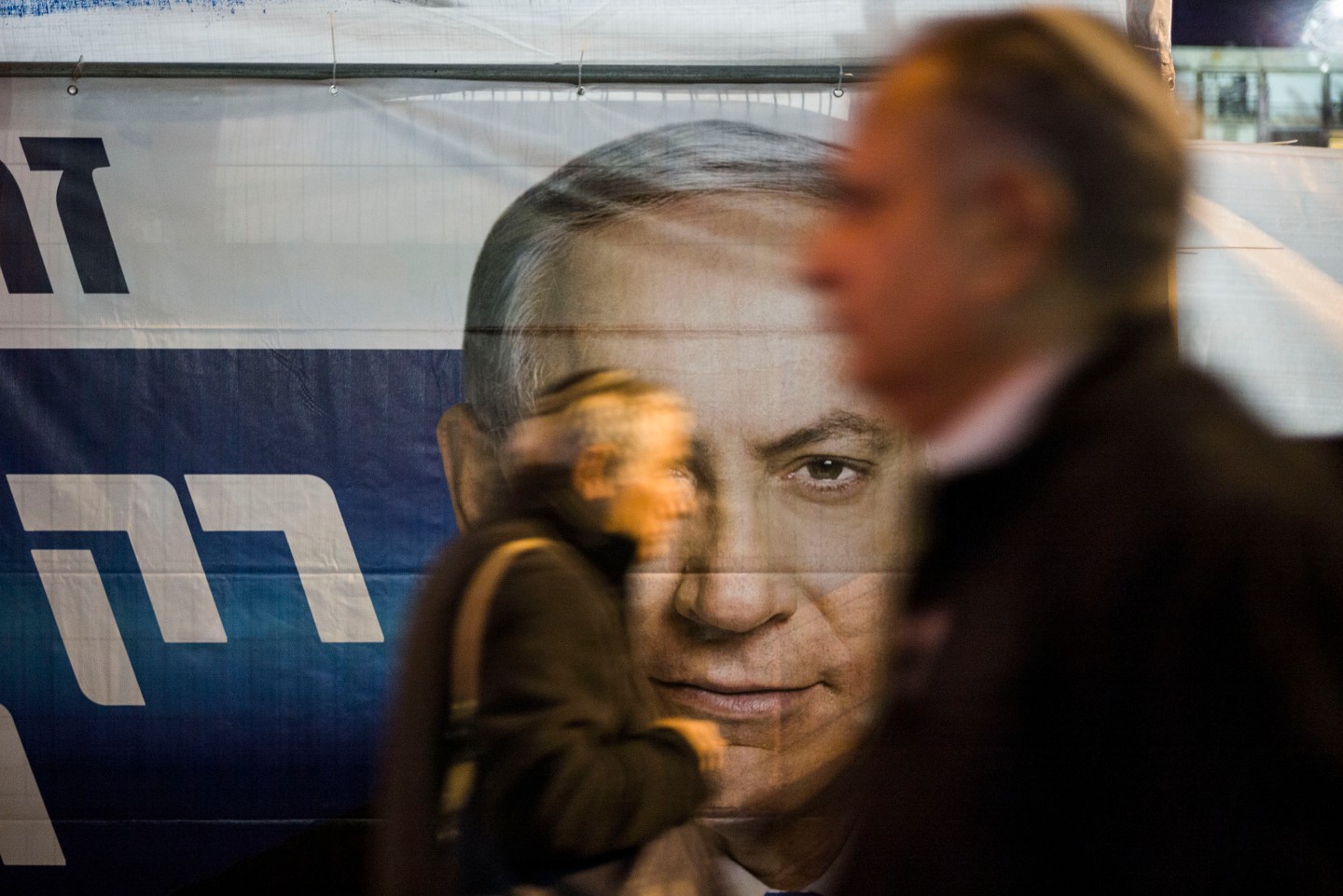 A campaign poster for Israeli Prime Minister Benjamin Netanyahu ahead of the country's national elections in March 2015.
Photograph by Ilia Yefimovich — Getty Images

Cyberspace is one big snoop-fest where even allies tend to tolerate one another’s espionage.

Israel, a routine geopolitical ally of the United States, has been caught spying on the U.S.’s nuclear negotiations with Iran, reports the Wall Street Journal. The state’s surveillance came to the attention of the White House after the U.S., somewhat ironically, intercepted Israeli communications containing confidential information that could have only come, officials believe, from access to its private talks, government officials told the paper. So goes the one-upmanship of the intelligence world.

What perturbed the White House most, reports the Journal, was not so much Israel’s eavesdropping—that’s to be expected between nation states these days, I guess—but it was the way Israel used the information to influence Congress.

Though Israel denied the eavesdropping allegation, claiming instead to have obtained secrets through alternate methods—like spying on Iranian leaders and exchanging intel with less reticent European states—U.S. officials say the incident is part of a wider program to subvert the U.S.’s dealmaking with Iran, according to the report.

Benjamin Netanyahu, the recently re-elected Israeli prime minister and longtime outspoken opponent of Iranian nuclear proliferation, has been lobbying U.S. lawmakers to squash or change whatever deal the White House strikes with Iran. An already strained relationship between Netanyahu and President Obama had deteriorated further when the latter initiated closed-door talks with Israel’s unfriendly neighbor in 2012.

Regardless, Israel remains adamant that it did no wrong. “These allegations are utterly false. The state of Israel does not conduct espionage against the United States or Israel’s other allies,” an Israeli official told the Journal. “The false allegations are clearly intended to undermine the strong ties between the United States and Israel and the security and intelligence relationship we share.”

Yet the White House seems to believe otherwise. “People feel personally sold out,” a U.S. official told the Journal. “That’s where the Israelis really better be careful because a lot of these people will not only be around for this administration but possibly the next one as well.”

Whatever happened to the good ole stuxnet days?