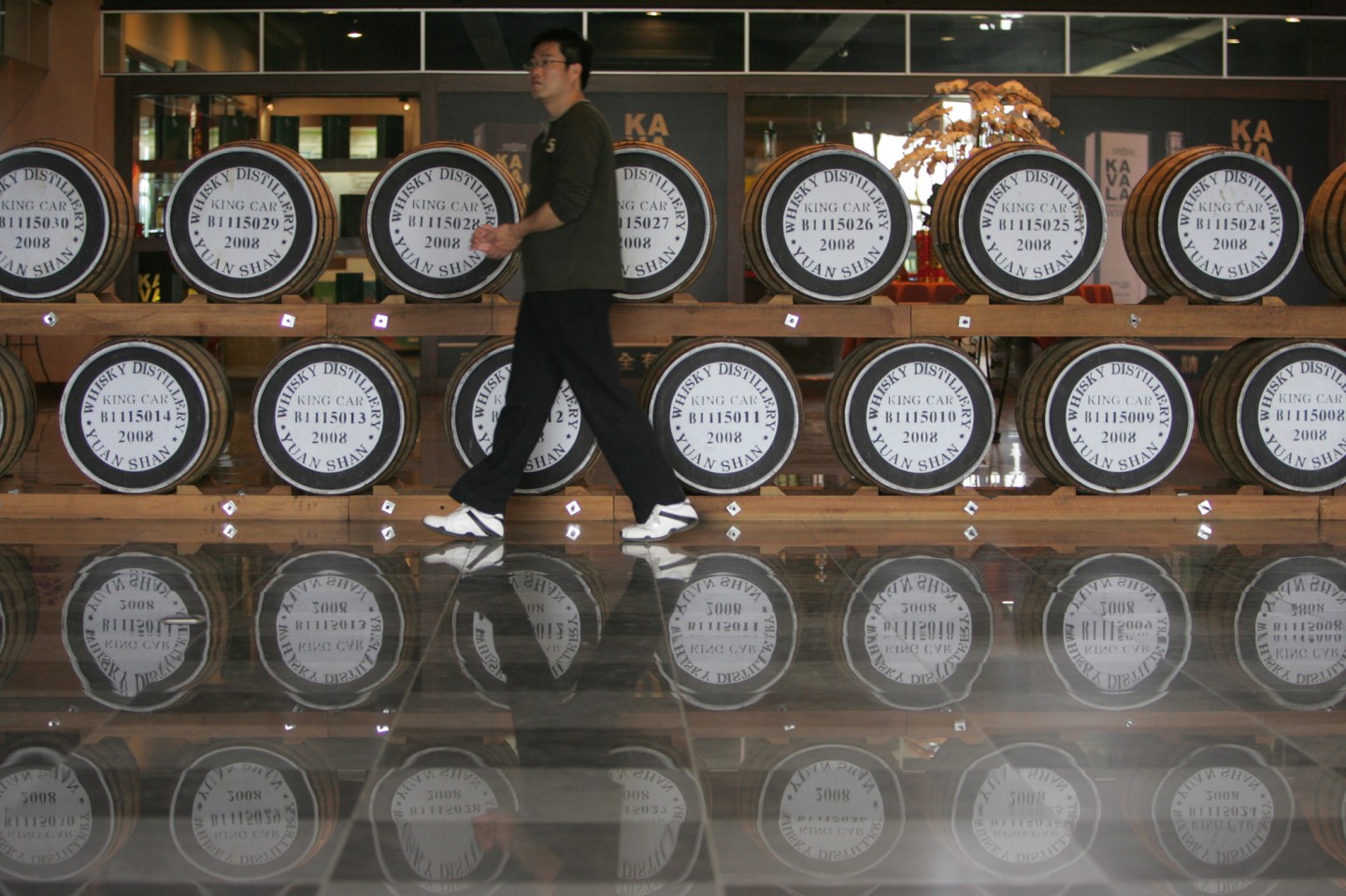 The contest’s judges described the malt as “surprisingly smooth on the palate” and added: “it’s like Bourbon infused milk chocolate.”

It wasn’t immediately clear how many other malts the judges had before putting that summary down.

Kalavan Solist is produced at the King Car distillery in northeastern Taiwan’s Yilan County, where the whiskey is aged in American oak barrels that once stored white and red wines.

The distillery, which went operational just a decade ago, has been racking up a plethora of awards in recent years and getting nods from some of the world’s top single-malt connoisseurs. In 2012, the acclaimed guide Jim Murray’s Whisky Bible named Kavalan’s Solist Fino Sherry Cask malt the “new whisky of the year.”