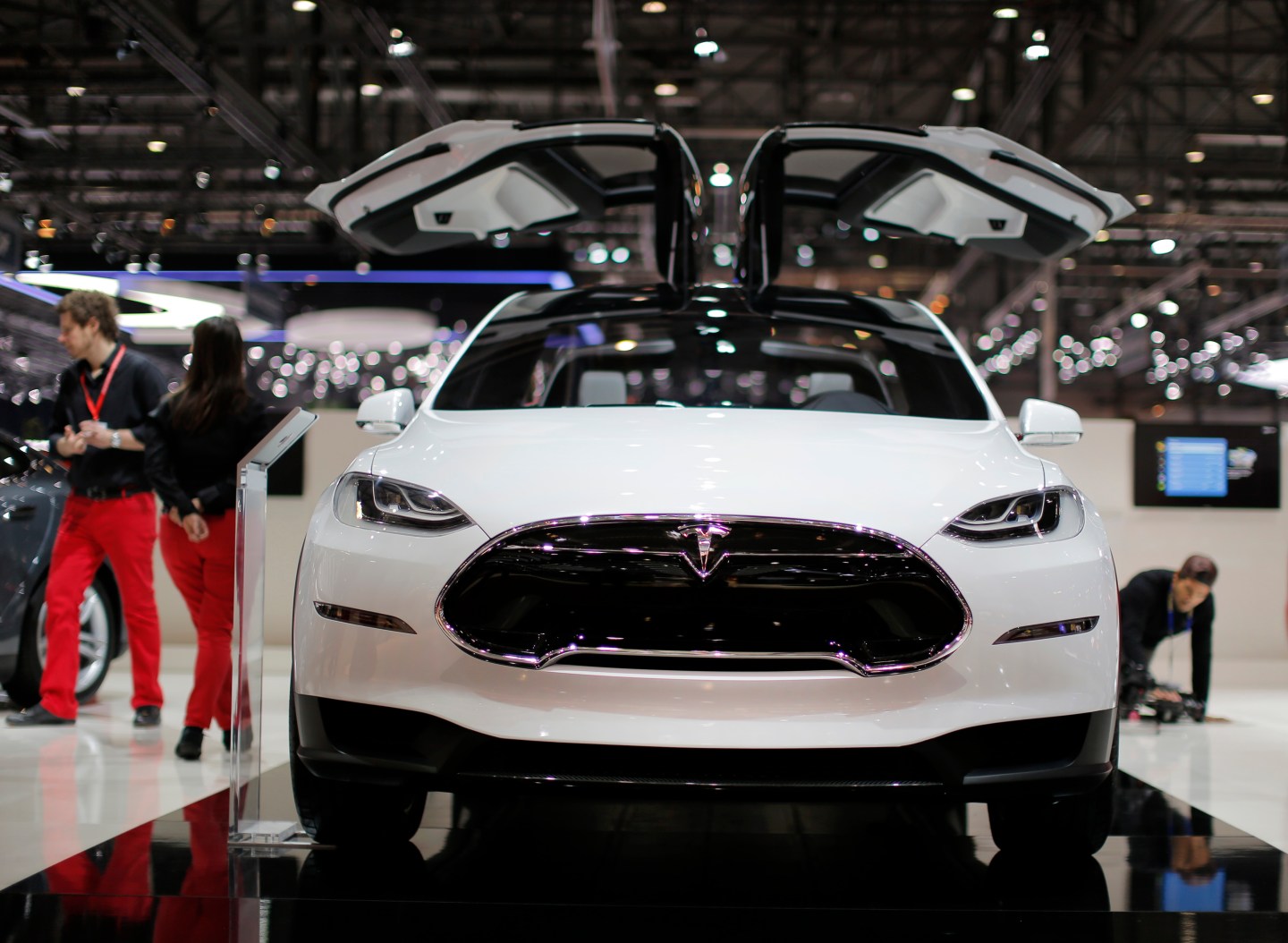 The first production-level Tesla Model X electric crossover is weeks away from rolling off the assembly line, coming three years and four delays after the prototype was unveiled. “The X design is done,” said Elon Musk, the indefatigable chief executive of Tesla Motors, last month on the company’s most recent earnings call. “It’s just a question of tooling and supply chain at this point.”

Musk unveiled the Model X prototype more than three years ago, on the evening of February 9, 2012. During the presentation, with California Governor Jerry Brown looking on, Musk made several outrageous claims about the vehicle.

He pronounced that the X would comfortably seat seven adults, offer better all-wheel-drive handling than any vehicle on the market, have a tighter turning radius than a Mini, and be faster than a Porsche 911. Better yet, he promised all of these things by the end of 2013, or within two year’s time.

Then, Musk set his own high bar to an even loftier height: “With the Model X, we wanted to create a door that was better than any other door.” Musk insisted that passengers enter and exit the Model X’s second or third row not through a door that swings or slides open, but via “falcon-wing” doors that hinge on the roof and magically articulate up and over the vehicle. Ironically, those superior doors are the very things that have caused a series of delays on the Model X.

Tesla Motors is notoriously tight-lipped about its product plans and operations, so the following timeline of the creation of the Model X, and its delayed schedule, is stitched together from off-the-cuff comments from Musk, and through disclosures made in Tesla financial filings.

Jan. 13, 2013: Eleven quiet months after unveiling the X, Reuters reported the first change to Model X timing. Musk, while visiting Detroit for the annual auto show, indicated “the second half of 2014” as a launch target to replace the end of 2013.

March 7, 2013: The first written acknowledgement came a month later on (as I reported in The New York Times). The company continued to equivocate when its Form 10-K filing with the Securities and Exchange Commission showed “late 2014” rather than the second half of the year as the start of production. In an email to the Times, Shanna Hendricks, a Tesla spokeswoman, disagreed with calling the change in timing a delay. But she wrote: “It’s taking longer than we thought.”

Feb. 19, 2014: In a letter to shareholders regarding Tesla’s Q4-2013 performance, there was a single line toward the bottom of the third page: “We expect to have production design Model X prototypes on the road by end of year and begin volume deliveries to customers in the spring of 2015”—either the third or fourth delay depending on how you read the company’s vague statements. “With respect to the X, I am somewhat of a perfectionist,” said Musk, in an interview with Bloomberg after the Feb. 2014 earnings call. “I actually take the blame for some of that delay.

May 8, 2014: After the next earnings call, USA Today reported that Tesla was trying to make sure the upward-opening doors were not “viewed as a gimmick.” The article suggested that the company faced challenges with how well the door “seals, keeping out rain, wind and road noise.” Musk said, “It’s quite a difficult sealing problem to really get it right” and make sure the doors work properly for years.

Nov. 5, 2014: A shareholders letter for Q3-2014 indicated that “work continues on the finalization of Model X with the testing of Alpha prototypes and initial builds of the first Beta prototypes.” In the Q3 earnings call, Musk said, “With the falcon wing door and the second row of seats, we’re adding some very new stuff that’s really not out there, that never really has existed in a way that was useful.” Musk later called the second row seating “a thing of sculptural beauty” and “the most beautiful second row seats of any car ever,” without elaborating. (In online discussion forums, Tesla fans speculate that the second-row seats will slide sideways, swivel or collapse in unconventional ways. Musk, who has five sons, has repeatedly commented that he wants the X to be more functional than today’s minivans.)

Jan. 28, 2015: Tesla engineers were caught on video conducting road testing of a camouflaged Model X. The evaluation of rapid acceleration and high-speed maneuvers was run at the former naval base in Alameda, Calif., about 20 miles from Tesla’s Fremont factory. Bystanders used an iPhone to make a one-and-a-half-minute video and posted it to YouTube the next day. The video has been viewed more than 500,000 times.

Feb. 9, 2015: After speaking with unidentified Tesla suppliers, Green Car Reports, a website focusing efficient vehicles, said that nagging problems associated with the falcon-wing doors had been solved. Those issues included seals, quality of weight loads, and durability of the hinges.

Feb. 11, 2015: Jalopnik reported that Tesla had “over 30 beta versions undergoing testing.” Speaking during Tesla’s earning call on Feb. 11, Musk said that he is “highly confident of delivering our first customer cars this summer and then spooling up to significant volume in Q4.”

So, the countdown to the Model X launch begins. If even only a handful of Xs pull out of the Fremont factory this summer, then the delays will be dismissed as a necessary consequence of Musk’s unwavering commitment to innovation and perfection. But if there are hitches or more delays, Musk’s decision to forego traditional doors—and merely deliver the fastest, most spacious, and most efficient SUV ever—will be viewed as not only over-reaching, but a comeuppance revealing his fallibility, which in turn would call the company’s even more elaborate plans into question.