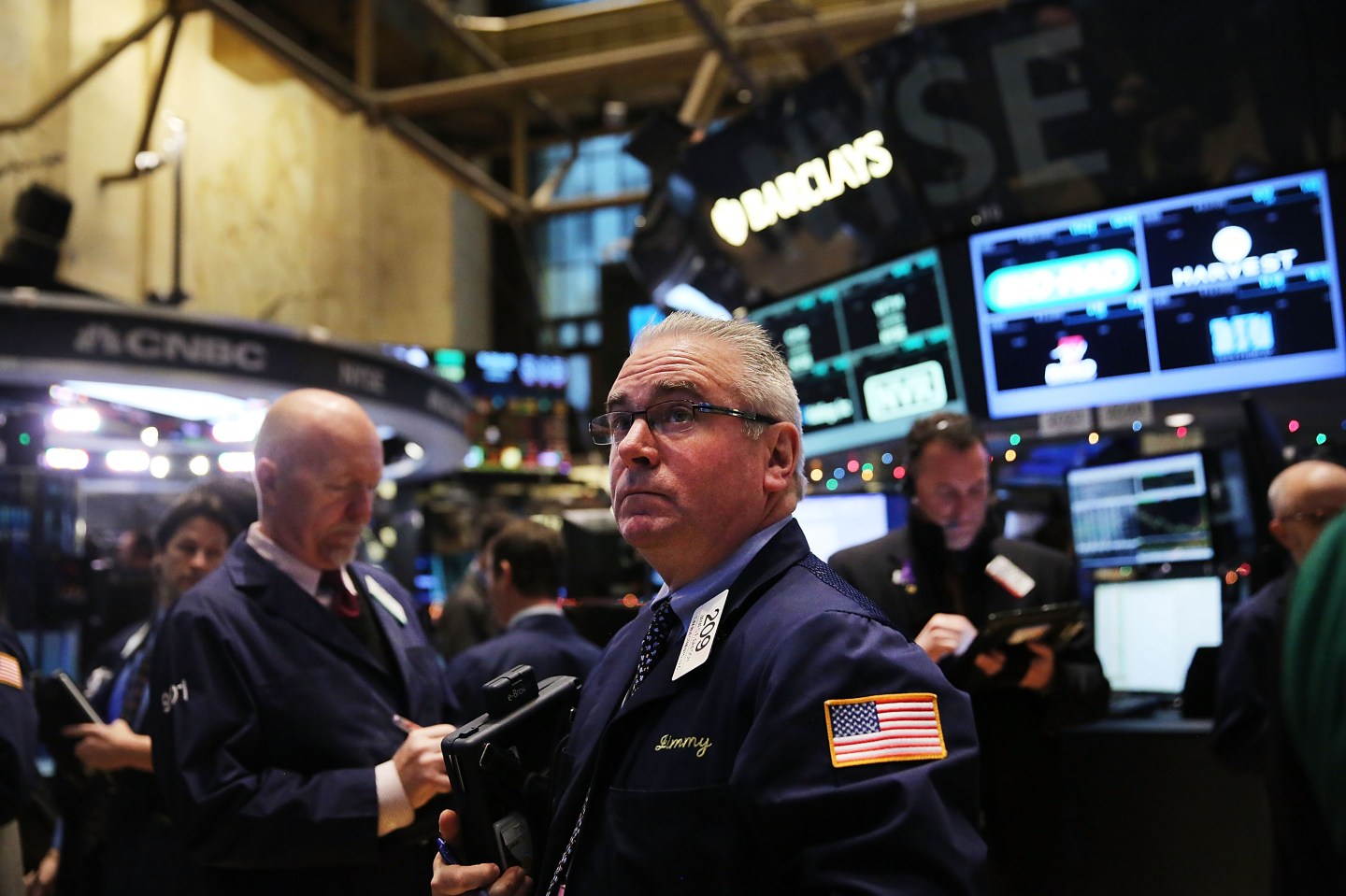 (Reuters) – Stocks on Wall Street rallied and oil prices jumped as much as 6% on Wednesday after the Federal Reserve indicated it preferred a more gradual path to normalizing U.S. interest rates even as it moved toward its first rate hike in almost a decade.

The dollar tumbled against other major currencies and the U.S. 10-year Treasury yield dipped below 2% for the first time since March 2 after the Fed appeared to argue against a June rate hike, as many in the market had expected.

Gold prices surged more than 2 percent, having dropped 3 percent since the start of the year on rate hike expectations.

The Fed, in its statement following a two-day meeting of policy-makers, slashed interest rate projections over the next few years and lowered its outlook on the U.S. economy.

“What’s really significant is that they downgraded their assessment of the economy, and that means rates will stay lower for longer. And when they do start to rise, they will go at a much more muted pace,” said Mary Ann Hurley, a fixed income trader at D.A. Davidson in Seattle.

Stocks on Wall Street rebounded sharply, rising more than 1%, while yields on the benchmark 10-year Treasury note fell 150 basis points on the day as markets bet on a September rate hike after the Fed’s statement.

Expectations of the first Fed rate hike since June 2006, coupled with the start of the European Central Bank’s asset-buying program last week, had driven the euro down against the dollar and sparked a rally in European stocks in recent weeks.

The FTSEurofirst 300 is up more than 16% so far this year and Germany’s DAX is up 22%, even after falling the past two sessions from Monday’s record close.

Investors snapped up 3.3 billion euros of 10-year German Bunds, or almost twice the demand seen last month, as concern grows that the ECB’s bond buying is creating a shortage of top-rated debt.

The bonds were auctioned to yield 0.25%, half the rate offered by the bond and down from 0.37% at the previous sale.